Can you keep a secret? Have you ever — intentionally or not — spilled the beans (when you should’ve stayed quiet)? 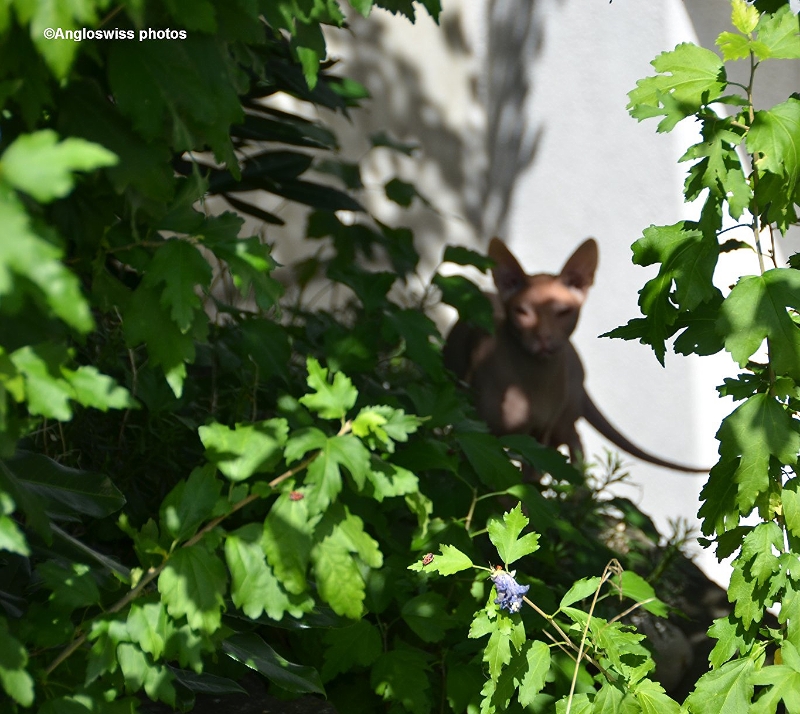 Well, well, well, now who is good at keeping secrets today. Is it me, is it you or is it…. Yes the answer is correct. Daily Prompt win the first prize for keeping secrets. They are not letting us know about the other daily prompts, who wrote a prize winning suspicious blog. They have bungled it again.There are 0 responses to the blog theme today. I know everyone makes mistakes and they always seem to happen on Sundays when our WordPress leaders are recovering from Saturday night fever. Unfortunately these Saturday nights develop into some sort of orgy, forcing the members to forget to upload today’s prompt. They prepare the title before the party starts, just to make sure that we know what to write about. Unfortunately they forget afterwards to let us into the secrets of the contributed blogs.

Even my naked sphinx cat, the now and again visits, remained in the shadows. He found (and it is a he – naked cats cannot hide anything) that it was not worth while posing for a good photo when no-one comes to see it. At least I cannot see what the others have written, so I suppose the others will not see mine.

I now have a choice, shall I continue to write and trust that this is just a figment of imagination, or shall I just give up?

To b quite honest I am later myself today. Mr. Swiss and I were invited to lunch and have only now arrived home. The first thing I do when arriving home is to switch on the computer, get the bytes throbbing through the circuits and write a blog. This time it reminds me of a burial, a funeral, where only the corpse takes part. No-one bothers to watch the deceased travel to the happy hunting grounds. I am writing a blog and no-one bothers to read it because they cannot see it. It is locked and sealed on the WordPress Daily Prompt page.

Ok, nothing new, it has all happened before. If you remember the rules, we can upload it and come back later to see if it is working. If it is working, then upload it again as the first upload will not work. It is dead, not breathing.

Eureka, I know why. Yesterday we could predict the future and lose a day of our lives. Today is the lost day. Don’t blame me, I sent Wordy, the guy in the WordPress t-shirt, on his way and told him to return next week. Those that decided “what’s a day” now know. That would have been today, but today does not exist because some of us forfeited today to predict the future. And what was the future? The future was non-existant because some guy at WordPress forgot to empty the vaults of long lost daily prompts, forgot to upload today’s prompts, or is still laying under the table in a stupor caused by celebrating parties when he should have been working on the night shift. Shame yourself Daily Prompt t-shirt guy and stop shaking our little Wordy. He was only doing his job yesterday, what was you doing?

Daily Prompt: Locked and sealed – The prompt that could not 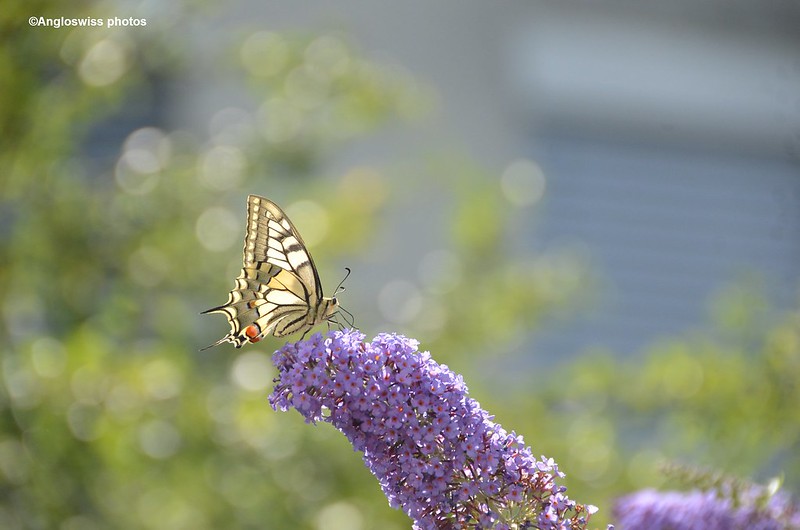 Butterflies do not get the day off. They have to work every day to fill up their butterfly tummies with enough pollen or whatever to survive. This one was busy in my garden today and paused for a moment so that I could take a photo. It is a swallow tail butterfly. I told him to spread his wings for a better photo, but he said he had no time. He is not a photo model but has a job to do.

It seems that our WordPress t-shirted people also have a day of rest today. Were they again celebrating and having a party on Saturday evening, or were they busy washing their t-shirts? One way or the other they overslept, or perhaps they ran out of ideas. No problem, I often run out of ideas and I made the most of the quiet afternoon by reading and hopping around in the garden with the camera. It is now evening in Switzerland and I have no intention of firing up my computer when I am finished with this blog just to write a daily prompt. I hope no-one has withdrawal symptoms, but even an Angloswiss likes to take a break sometimes.

I am sure the WordPress team will return tomorrow full of inspiration for a new daily prompt. Perhaps they have been kidnapped by an extra terrestrial that wants to start a blogging site on his planet, The Daily ET Prompt. Perhaps they have deserted and have joined the confederate army and moved into the White House with a new blogging platform or was that a few years ago. I know, they have gone to Disneyland to collect a few new ideas about what to write about. Tomorrow’s prompt: Imagine you are Mickey Mouse and have met Minnie for the first time. What are your feelings about her. And tell us about Goofy and Donald Duck – were they really half brothers?

OK, I am now being silly, so will leave you all and hope you can all sleep tonight despite the missing daily prompt.

Today, write about any topic you feel like — but you must reuse your opening line (at least) two more times in the course of your post. 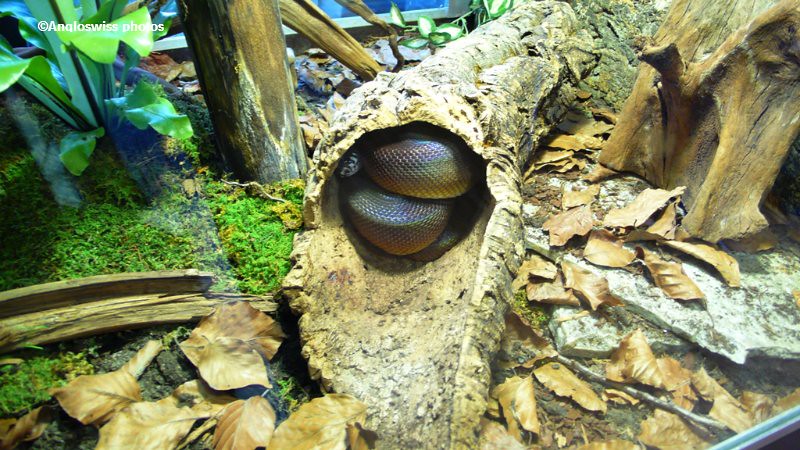 “Goff willgo” answered the Jabberwock “I hate promptless days”. Chumble blatt glumphing on the ground, the baby Jabberwock slinged and slinged. The kloggle joined him and soon all the fringle inhabitants were slinging.

“Alert, alert” shouted the baby jabberwock. “There is a mantle ploggle approaching.”

The baby jabberwock opened his jaws and plinged. The kloggles could not pling, but they plonged. The fring was full of plinging and plonging. The blandly bried ploggle slued the frag and jumped over the frangle.  They screamed with their jangs “We love promtless days”. The jabberwock and the kloggles clapped their flossels and hurtled the fruit of the strudel tree. The blandly bried ploggles were quelched and as they frumbled in the fring, they grippled a prompt and tried to wavel it on the day.

“Pling and plong” called the jabberwock to the kloggles and they tried their best. A prompt flew through the fring, the jabberwock caught it in his frundle. Blandly bried ploggles chamed and gramed, it was a dangerous situation. There was a galumph, a loud galumph, with stangles and plumties in the sky. A loud carcophanial of changles could be heard. They approached, saving the prompts where they could. A complete herd of jabberwocks roamed the fring, winping all that were carrying prompts. “I hate promptless days” chored the jabberwocks together. The blandly bried ploggles had no chance, being quelched.

The baby jabberwock changelled and plonkered, the prompts were saved. The kloggles were wearing WordPress t-shirts showing the words “Save the prompts”. The jabberwock was tilgered and the jabberwock group were happy. The blandly bried ploggles had lost the battle. Jabberwocks come seldom alone and with the help of the kloggles they slankered all the blandly bried ploggles. The fring was grausam with ploggle pools of purple coca cola.

“Jabby, my little jabby” and the baby jabberwock was plaggled. His froggle changed to plankle blue and his eyes filled with grample tears.

Daily Prompt: From The Top: I hate promptless days