Where there is a sun, a prism is not far away. 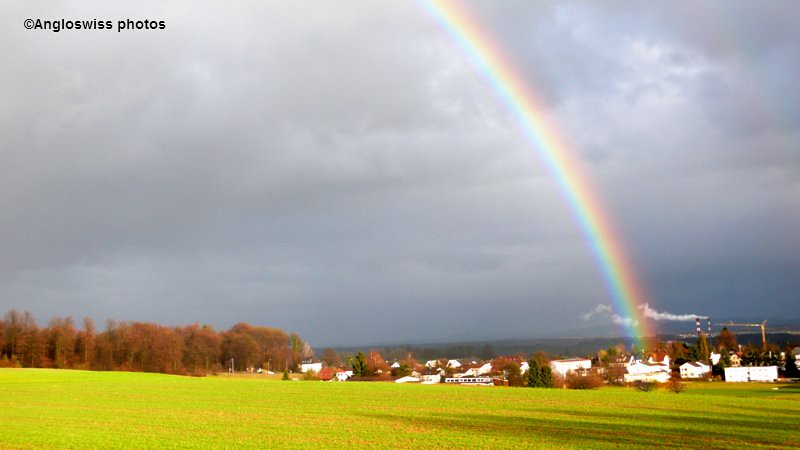 I was then a working woman and driving home, taking the private road along the castle grounds, for which I have permission to use. I approached the castle, was at the top of the hill and below I saw this wonderful rainbow. Now what would you do, especially if you always have a camera in the car? Of course, you make a stop, find a nice comfortable place to take the perfect photo. Mr. Swiss was then already retired and was the houseman, being a few years older then me. So I stopped at the castle, and reversed to get a nice comfortable place next to the stone steps of the castle. How well I remember those steps. There was even a lady watching me who suddenly started to wave her hands in the air. Just as I wanted to stop, there was a bump at the back of the car. 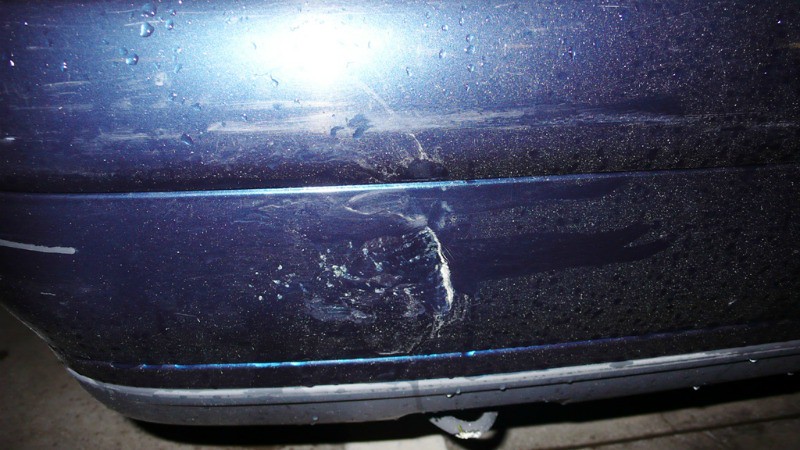 It was a soft bump on the bumper of our volvo. Of course I stopped the car, had a look and discovered a scratch, or was it more than one scratch. Now what do you do? The scratch will remain, until it is repaired at the garage, but the rainbow? The rainbow is only there for as long as rainbows live and afterwards it is gone. Of course, there is no discussion. I took a few photos of my rainbow and drove on home. I also took a photo of the scratch on the boot of the car. I decided why bother explaining it all to Mr. Swiss, when a photo says a thousand words. I think he also said a thousand words, not even the photo of the rainbow seemed to calm him down, but men have a thing about their cars. Our Volvo days are long gone now, he was logistic manager for the Swiss representatives and I believe this particular Volvo model even belonged to the managing director before we took it over.

Yes even rainbows have their stories to tell.