How do you know when the time is right to add a new pet to the family? What’s the most interesting story in your life of adding a pet? 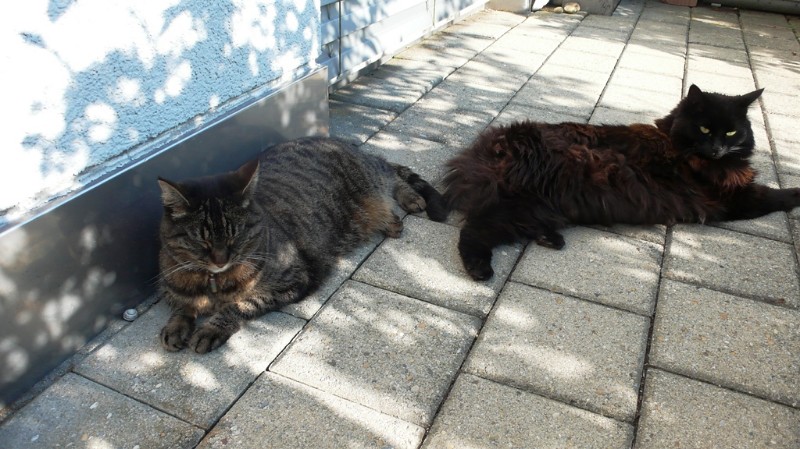 For me the time was right when Mr. Swiss retired and someone was at home. I always had a thing for cats. That was when Tabby and Nera joined our household. I decided two cats were better than one. Tabby and Nera were from the same litter and grew up together, although Nera was always the boss. Tabby just followed her instructions, but was always the number 2. Mr. Swiss grew up with dogs as his father was a hunter (unfortunately) and had no experience with cats, so I had to use some friendly persuasion, but I won.

A friend of mine, a farmer’s wife, bred cats as a sideline, but they were the so-called Selkirk Rex, one of those strange flukes of nature. Some years ago in the States a cat had a litter and one of them had curly fur. From that exception other cats were bred until they got their own name of being Selkirk Rex and so I adopted one of her kittens. That took another lot of friendly persuasion as Mr. Swiss found three cats were a lot of cats, but it worked. Unortunately our Selkirk rex cat had an accident and lost his sight, and so we had a blind cat, although he never realised himself. As long as we didn’t move the furniture he found his way. As we live in the country, our cats were free to come and go, but that does not work with a blind cat.

I devised a method. I had a tall pole in the garden, the cat had a dog lead, one of those expandable leads. I hooked the lead onto the pole and he had quite a distance where he could walk around without any restrictions. 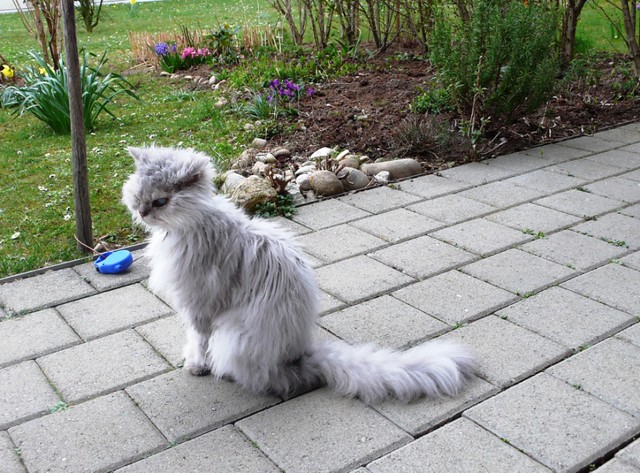 Today I only have Tabby, Nera left us for the eternal corn chambers a few years ago and Fluffy our blind cat a year later. Now we only have Tabby. She is now 16 years old but still going strong.

Daily Inkling: Plus One