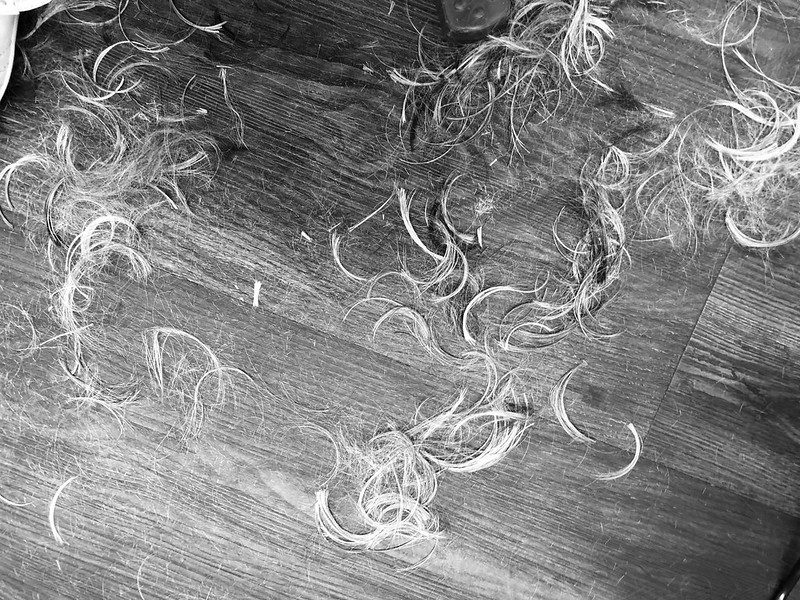 I am as natural as they come
There are no flies on me
I tell it as it is
That is plain to see
You go to the hairdresser
And the hair that falls is grey
This is not so bad
Grow grey gracefully my mum did say
I have never had it coloured
Although I was thinking of blue
Mr. Swiss said no
It would no longer be you
He is also grey,
That which still remains
It does not bother both of us
We still have our brains
Grey makes you interesting
That is an actual fact
It is no major problem
And I do not over-react 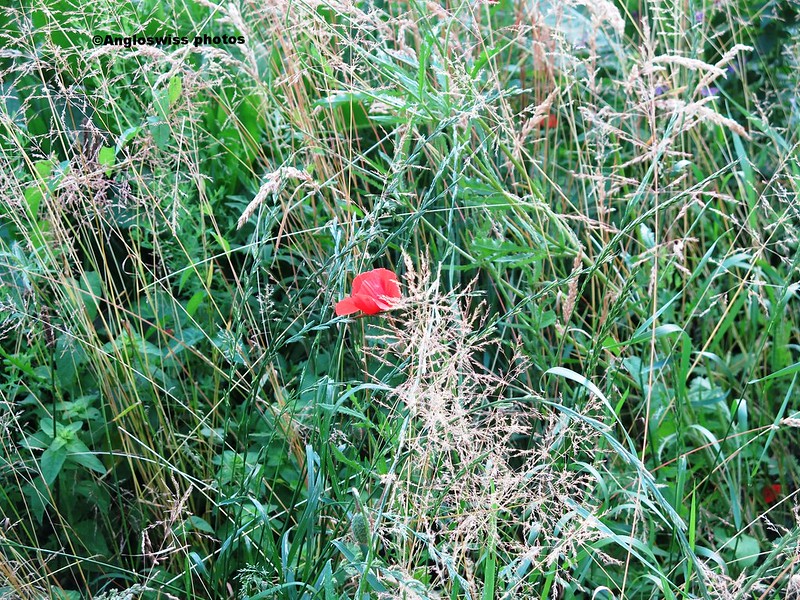 I like natural. I am a natural natural, do not believe in changing things to look unnatural. Of course in my younger wild years, when I still have limbs that moved according to how i wanted them to move, lipstick, eye shadow and even eye liner were part of my appearance. Today you might find lip stick, even two, in my bathroom cupboard, but you would have to search for them and they would probably be in an unusable condition. Even lip stick has an expiry date. My own expiry date has been overdue for many years and I gave up a long while ago.

Of course, there are certain occasions, a family wedding or party, where everyone likes to look unnatural. Not wanting to stand out in the crowd I comply, but it is not me. I remember some time in the dark ages I decided to have my hair coloured. I did it once, I think it was a reddish hue of brown, but I know I never had the roots treated and so it was really a unique moment in life.

To be quite honest, I have other things to do with my time (and money). I do visit the hairdresser regularly and have a crop with the magic words “short all over” when asked. It is so much easier to let the shower run over your head daily and let is dry afterwards, all natural, I do not even know where the hair dryer is, if we still have one. I am surrounded by natural. Even the food I eat is natural. Today we had Bratwurst for lunch. Just a simple plain veal sausage Swiss style. Mr. Swiss originally chose a “cordon bleu” which is a slice of pork, filled with a slice of cheese and breaded. My oldest son does not eat cheese and picks the cheese out of the meat and I do not like it for the simple reason that I do not know the cheese origins hidden in the disguise of bread crubs. The pork slice is also very suspicious – is it pure meat or other attachments included. I told Mr. Swiss OK, you can have a cordon bleu, but No. 1 son performs a post mortem on it before eating, I am suspicious of what is included beneath the disguise, and so will take two Bratwurst and you can have the cordon bleu. The result was 3 Bratwurst, cooked in my own natural onion sauce. Somehow Mr. Swiss changed his mind. I am a complete naturalist, although a fully clothed naturalist.

Not wanting to go into too many details, but I have two dress styles: one for the public and one for I, me, myself and home. At home I am a natural, t-shirt type with comfortable stretchy stuff, in summer shorts and in winter longer trousers. If they let me out I change into something more exclusive, but with no frim fram on the side, perhaps except for my earrings. That is the only unnatural thing I allowed myself when younger. If the ears are pierced then wear earrings, the holes are there for something.  There was a time when I thought a tattoo would be a good idea, but voices were raised against this in the family. With my luck I would probably have contacted blood poisoning.

That advertisements for moisture creams, cosmetics of all kinds fall on barren ground with me. What do these creams do? Will I be transformed into god’s gift for the man, will heads turn as I walk along the street. If I had my wonderful salt and pepper locks of hair coloured will I become the most wanted golden oldie. I do not think so, and if it happened, I would not be interested. Although I did enquire at my hairdresser’s how it would look with pink or blue hair. She found it would now work perfectly as I now have more salt than pepper and the colour would take easily. Unfortunately general opinion was that is should remain a natural, although I am still thinking about it. I could mix pink and blue, it would definiely be something completely different and turn the heads of the golden oldie population. 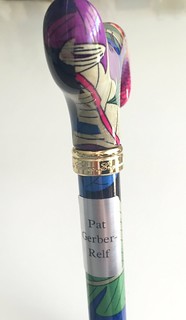 Today my new cane arrive, by DHL, special delivery.It came from Germany and I had to pay Swiss value added tax on it. I decided if I have to have a cane, then something completely different as this cane will be my permaent escort when I am let loose on the crowds (except for the supermarket, where I can use the shopping trolley as support). I should have something a little special. I even paid extra to have my name put on it. I had a choice between silver or gold, but I chose silver as I found the black lettering stands out better. Perhaps my next choice will be gold.

Mr. Swiss found typical me. Although strange, another colleague said exactly the same.  Other golden oldies walk around with a cane in a neutral colour that melts into the background, usually brown, and I already have a dull brown cane that no-one really notices. I did not want to melt anywhere, and I must say I am very happy with my new cane. Who cares about natural, I have been a natural all my life, and now it is time to do things completely different: although this stick will only be used on city excursions, the plain old brown stick with the retractable spike for icy surfaces will be used for my cross country safaris. 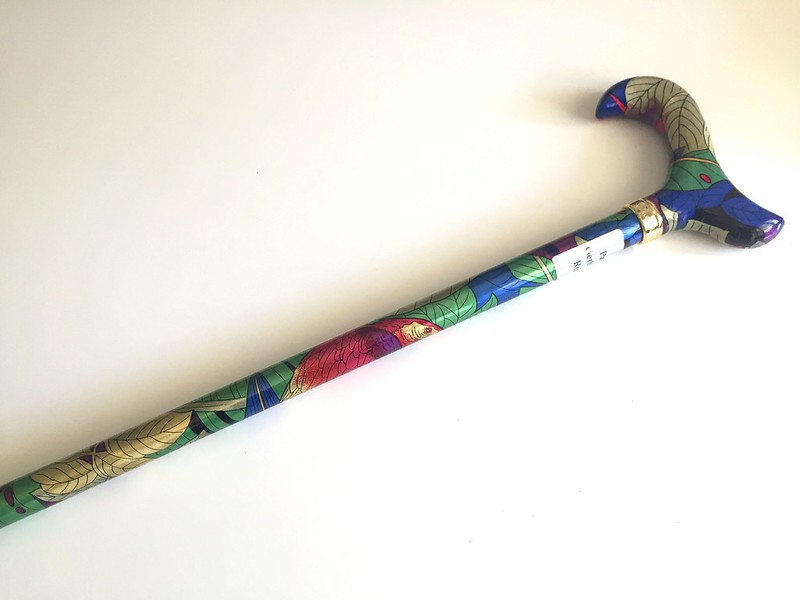 Daily Prompt: The Personification of Natural