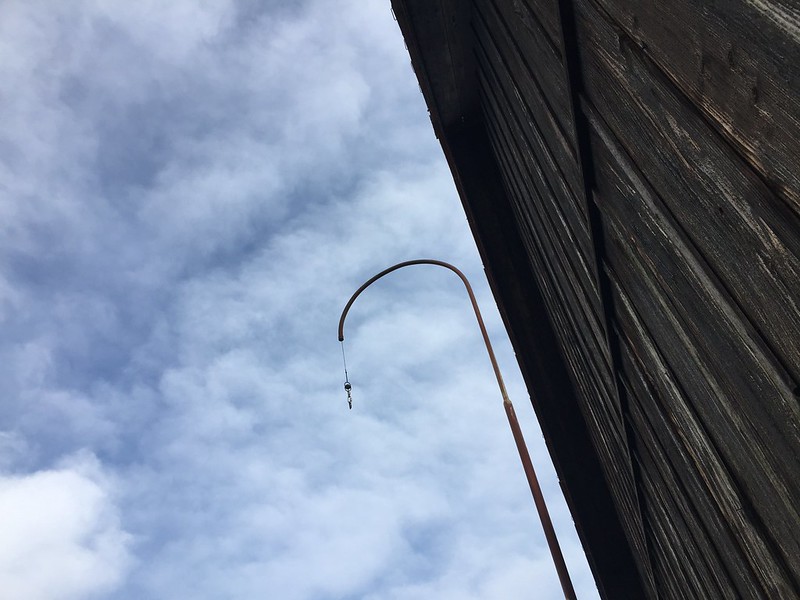 Do not ask me. It is so odd, that even I did not have a clue. It was a pole next to a wooden hut and it lookes like there is a key hanging on it at the end – who knows.

Masts in a field in a place called Subingen. We had to pick up something in a store and whilst Mr. Swiss was busy I took a walk with a camera. Jura mountains in the background and some sort of electric pylons at the front, but I do not know what they are there for. Our telephone and television cables all go underground. Perhaps they are just there to take a photo. 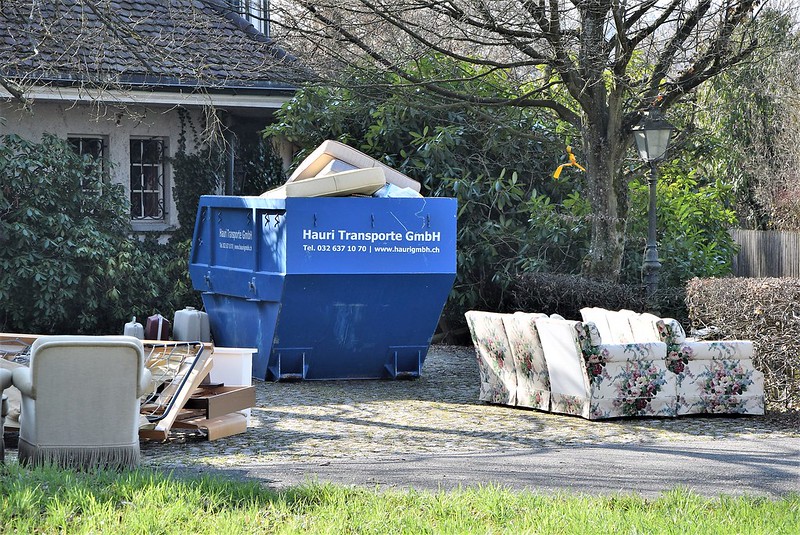 Looks like someone was have a clear out. If I had had the possibility, I would have taken a couple of armchairs, instead of just a photo.