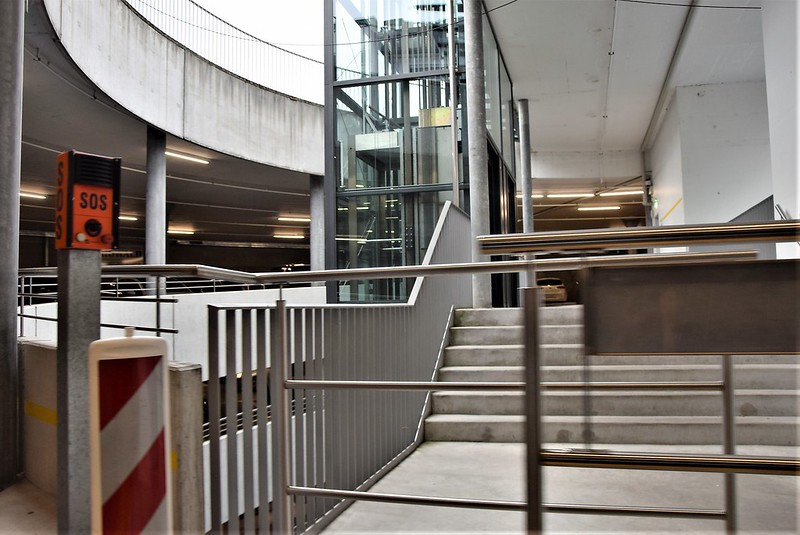 The interior of various parking houses can be most intriguin. The way they combine the stairs and the lift. 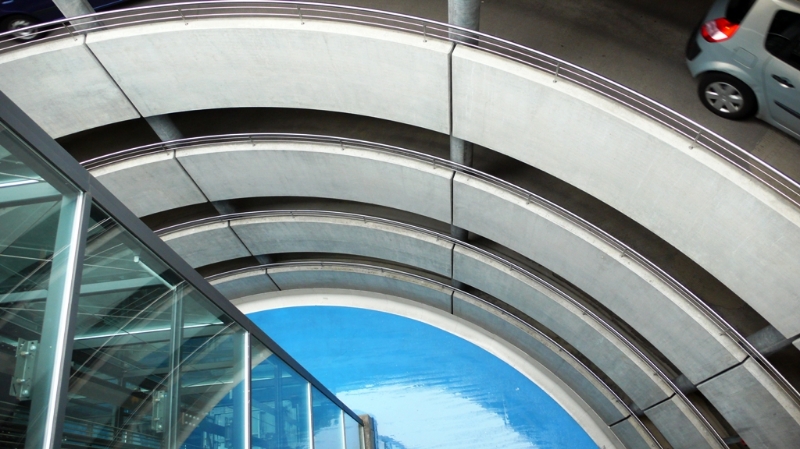 Or look down into the depths. 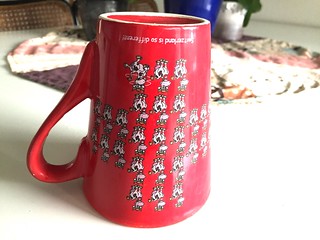 What could be inside this upturned cup. Perhaps I caught a spider and trapped it, to transport it afterwards into the garden. I do not kill spiders, unless they happen to be a death threat. Death threatening spiders do not live in Switzerland, except for in the zoo, so there would be no danger. It might be some other insect, but how would I remove it afterwards. When I lift the cup it would fly away. Or perhaps I just put a cup upside down on the table for the fun of it. No, there is a quite a simple explanation 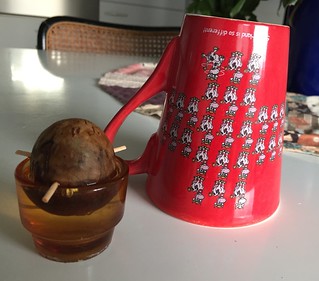 A new experiment in the Angloswiss household: another life has been born, or I hope will be born. Yes, a new avocado bush is on its way to success. It is now only at the beginning, but with the correct care and love, it will grow to untold heights, at least I hope so. My first experiment was a year ago which is still growing.  In between many avocado stones have been encouraged to live and grow, but they gave up on the way to a new life. This stone has been perched on water since a week and nothng has happened so I decided on action. I have now attached three toothpicks to the flesh of the stone and suspended it on water to encourage growth of the roots. I decided to cover the whole thing and keep it in the dark, as roots generally grow underground. As soon as the first green stalks appear, I will release it from its dark interior and will be supplying news of its progress during the next year. The last successful experiement is now making new leaves, and that in the middle of winter. I have high hopes of being the first avocado producer in Switzerland. I am sure it will develop into a profitable business. Some people like to be surrounded by roses in the interior of their homes, I like something different. Everyone has roses, but no everyone has avocado bushes. 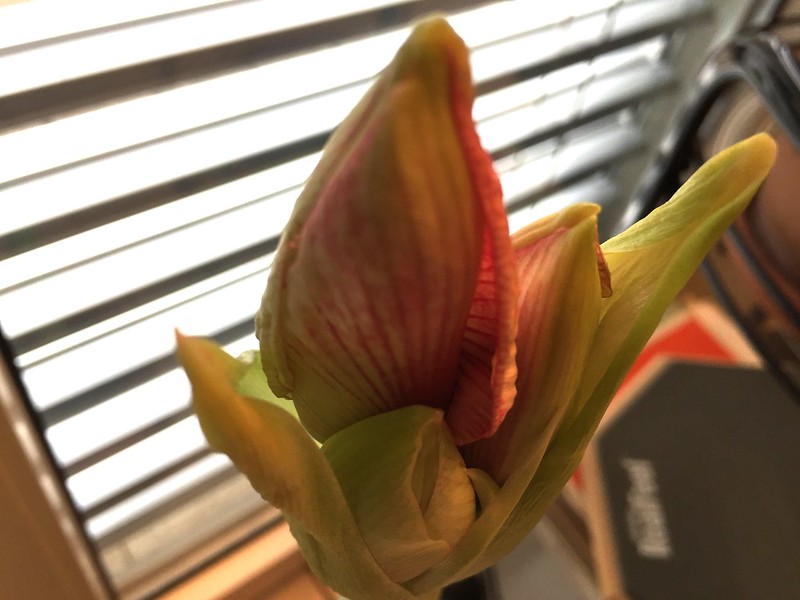 In the meanwhile I heard a squeal of delight from the corner of my appartment, so I had to investigate, thinking that Mr. Swiss had won in the National Swiss Lottery. I then remembered he did not do the lottery. I used to do it, but worked out that I was spending more than I was winning, so gave up. It was then I heard a cry from the corner of the living room.

“Your amaryllis. Take my photo to show everyone and write about it on your blog. It was a difficult journey you know. Stretching upwards every day. The last part was very exhausting. How would you like to push open a bud, no two – we always arrive in pairs.”

Yes, my amaryllis opened this morning. I was going to congratulate it by shaing a leaf, but then I realised there were no leaves. Anyhow the amaryllis is now sleeping, worn out from the effort. Of course I took a photo, this does not happen every day. My amaryllis arrived in a large box already planted in its pot. When I opened the box I discovered a bending yellow stalk as it was prevented from growing due to the lid of the box. After a day it had already straighted its stalk, so I knew I had done the right thing  releasing it from its prison. I was a little disappointed when I saw what the remaining amaryllis had all been reduced to half price at the store after Christmas, but have now been compensated by the success of my amaryllis.

The things that happen in the secret interior of our appartment!

Daily Prompt: What is inside?