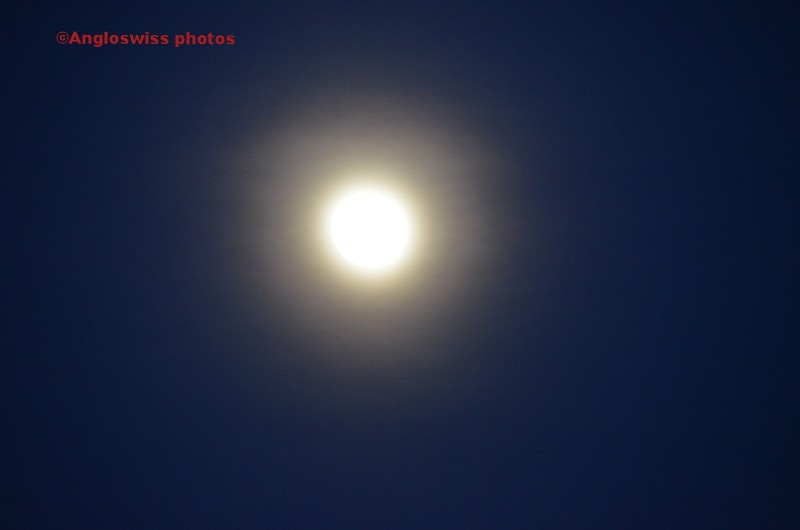 OK, let’s get something straight to those robots working somewhere in Silicon Valley: the world does not have universal time. I might be eating lunch when in other countries they are thinking about breakfast. It could be that some of us are preparing the evening meal, or are preparing for bed. This would mean that time is irrelevant when writing a blog for an International site with members from all over the world. Having got that little complaint (big complaint?) out of my system, I will continue.

It is now 3.30 p.m. in my country, you know that place where we have mountains called Switzerland and where we have big banks lining the streets in a place called Zürich where the gnomes are looking after the gold reserves. We once had a guy called William Tell who managed to shoot an apple off his son’s head without killing his offspring and for that we are forever thankful. Hollywood discovered him, and William Tell became famous throughout the world. I do not think we have anything else to say.

And now to noon today, when I had just finished preparing lunch and was glad that another day of this Easter holiday was slowly disappearing. Since being retired I do not like these international holidays. They are an interruption to my plans, to my ideas of no stress. On Friday and Monday (including Sunday of course) all shops are closed for religious holidays. I do not do religious holidays I do not do holidays I like to enjoy my life. For golden oldies every day is a holiday: but no. I was forced to replay my usual shopping exodus to the supermarket and hunt down enough animal, vegetable and mineral to cover the days that were closed.

We had some excitement this morning, remember it is Sunday. We do not like excitement on Sundays. However Mr. Swiss discovered, or decided, that the sink was blocked in the kitchen and he decided to unblock it using the utensils that he had at his disposal, which was very hot water and I think some sort of wooden handle with a rubber bell shaped form at the end. I left him to it, as discussions when earnest problems are being dealt with are better left unspoken. In any case I was reading a book on my iPad and had no time for such trivialities. He was successful and the water was running again. I was glad. I am reading a Felix Castor book, a story set in the world of exorcism, demons and other unexplainable events, with a touch of strange and evil. Just the sort of thing to relax with.

Mr. Swiss eventually left for his drum room in town for a practice. Perhaps was practicing regular sounds to drive out the demons from the world. My book is very interesting and so I read further, knowing that I had planned dinner with something good and quick. It was decided that lamb would be appropriate, being Easter, coupled with vegetables (from a tin) and saffron noodles. I saw on the news that in some country lambs were being slaughtered for Easter. I carried on with my meal, having a bad conscience.

In the meanwhile I am sitting in kitchen writing my unforgettable blog on my own. Now and again the kitchen sink produces strange gurgling noises, sort of glugging and finishes with a shlurp as water cascades downwards in a hidden place. There is no visible sign of what is happening, but I am uneasy. I know that the spirits avoid running water where possible (from my book), but there are strange things going on in this sink. I told Mr. Swiss, but he assured be that the water is now running away as normal. He does not read the same books as I do, but all the same, I am sure that something has been disturbed in the sink drainage. I am convinced that a foreign being had been living his spiritual life in peace and quiet until he was disturbed by human interruptions in his dark place of demonic indulgence. There it was again, glugging. I am sure that it is possessed. Mr. Swiss assures me that everything is OK.

I ventured to take a closer look, awaiting a slimy cold hand to greet me poking through the drainage caverty. I decided to reduce the closer look to a far away glance. Did I see a movement somewhere in the murky darkness of the drainage, bubbles containing breath as if an unknown creature was trying to enter my little world. I decided that dead things to not produce bubbles as they do not breathe. Suddenly there was a noise of pushing, forcing, creaking and yes it was there. To be continued tomorrow. At the moment Mr. Swiss is pouring another delivery of boiling water into the sink and I heard a scream and groan and loud moaning sounds.

And our Christmas decorations  just stayed cool and our Santa looked on at the stress in the kitchen.

I believe it is called “living for the moment”. At least that was my doing and thinking at noon today. It seems, however, that the Daily Prompt gurus do not realise that the countries of the world operate at different times. I receive notice of a Daily Prompt at 14.00 hours, two o’clock in the afternoon to write about my condition at midday, meaning that the time in operation on this WordPress system is two hours later than mine.

Today is Christmas Day, the day when many families, and mostly women, are busy with the final preparations of the turkey, or whatever you eat on this special day. Living in Switzerland I have all this behind me, as our main meal is Christmas Eve in the evening. I had my stress yesterday evening, cooking meat, frying potatoes, preparing and cooking brussel sprouts and vichy carrots. Why? Because it is something called Christmas. This whole thing is getting out of hand. In the olden days people were just statisfied with less. Now it is one big competition to see who serves the best meal, organises the most presents and of course the right wine has to be served. The gourmet feeding seesions continue over Christmas and I have the complete family at home, my external son will be leaving us this afternoon after lunch.

At midday today, I was cooking my Christmas Day lunch. I had just one single thought, the meat will be ready in thirty minutes, the water is heating in the saucepan to cook the noodles. I just did not have the time to make a study of the weather or solving intellectual problems. Day dreaming was not possible, as I had an oven full of meat cooking and the water was approaching boiling point. The noodle packet was opened ready for the dive into the boiling water. First of all add salt and then let the cooking process take its course. At 12.30 the dinner will be served and afterwards,perhaps a desert,  a coffee or tea and another stress process comes to an end.

If it was a normal midday, a normal week, no Christmas stress, then I would have finished the meal by midday and might even have had thoughts about what to do today. Go out to town, take a walk through the countryside, even read a book, but no chance. It is Christmas and we are all trying to do our best to please all the people all the time. I really do not need this holiday marathon. No chance to take a pause or think, just work.