On my scooter trip this afternon I spotted this heather full in flower.

Went for a wheelie along the village road and noticed that the heather is now full in bloom. I just had to get a closeup of it. 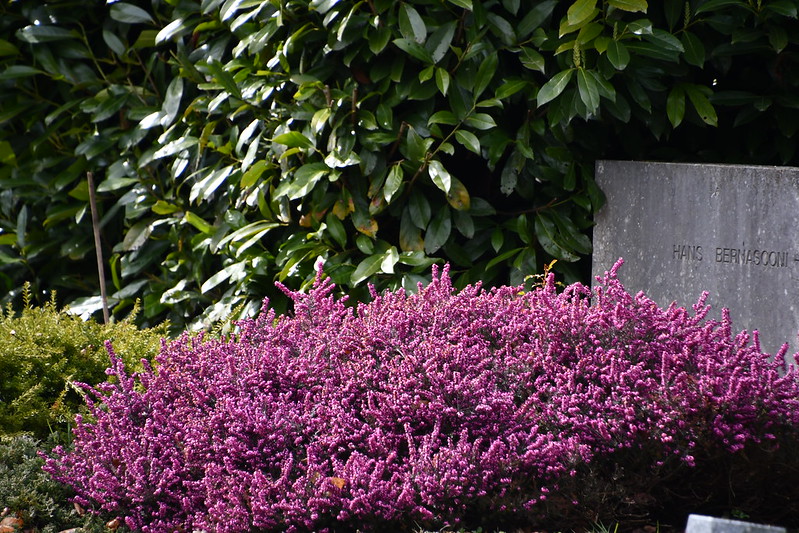 A bunch of colourful heather 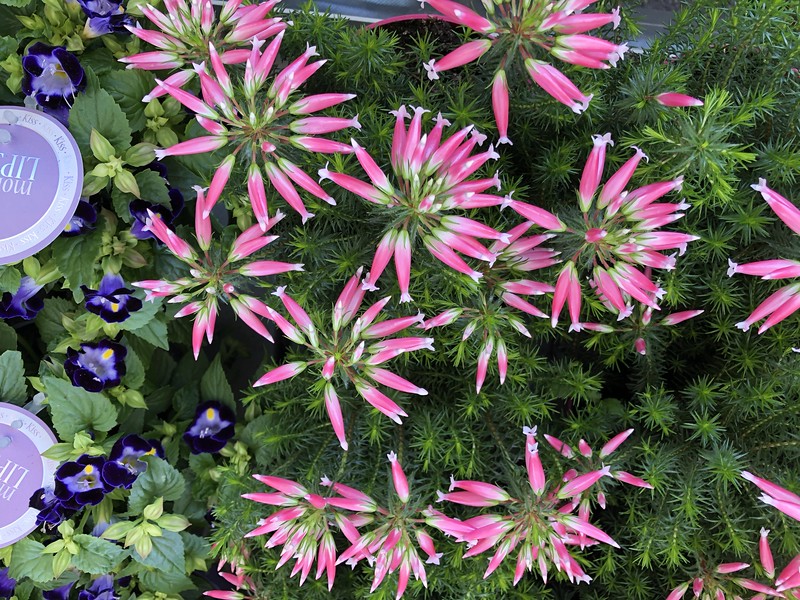 A birds’s eye view of the first heather flowers, photo taken in April. 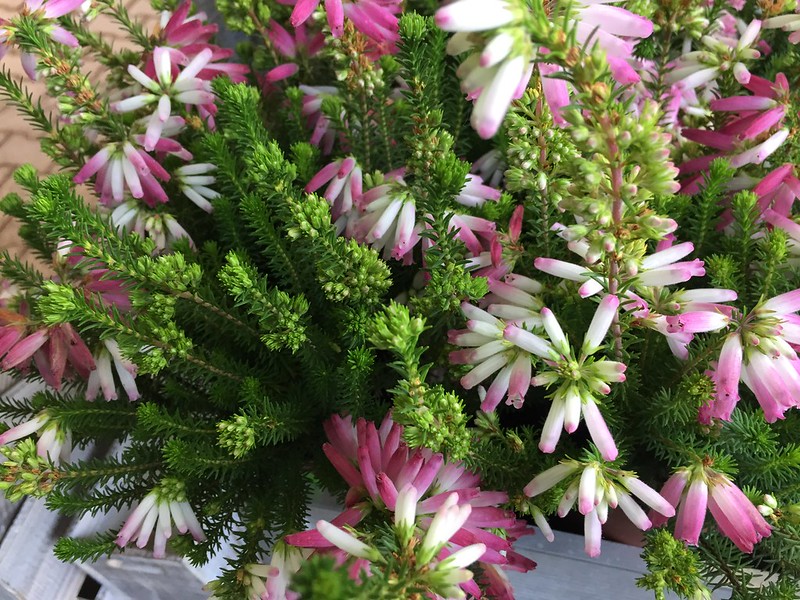 It was at the beginning of the season at the end of August when the heather was fresh in the store and not yet showing its normal well developed flowers. 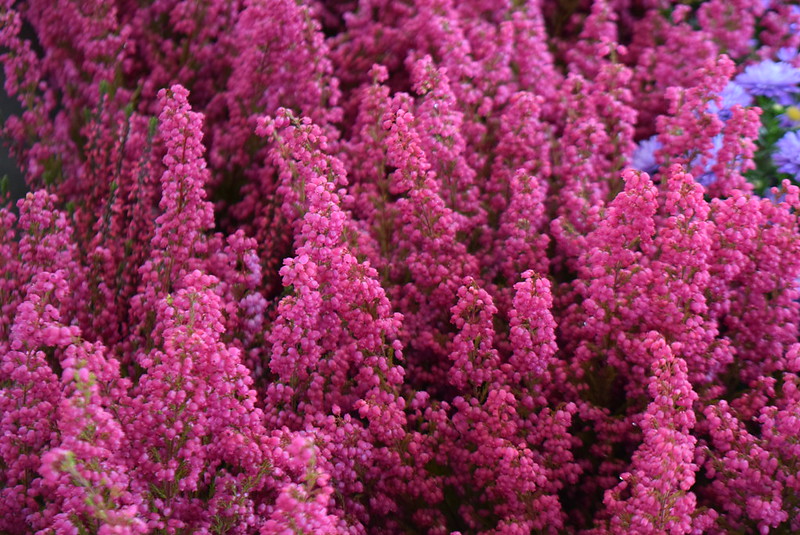 At last the heather has arrived in the gardening shop. Up to now only the small varieties were available, but now they have the real thing. I remember heather from my childhood days growing in the coastal towns and on the hills in England. Here it is a popular garden plant in Autumn. Of course let us not forget Scotland, where it is almost a national emblem. It grows everywhere in the scottish highlands. 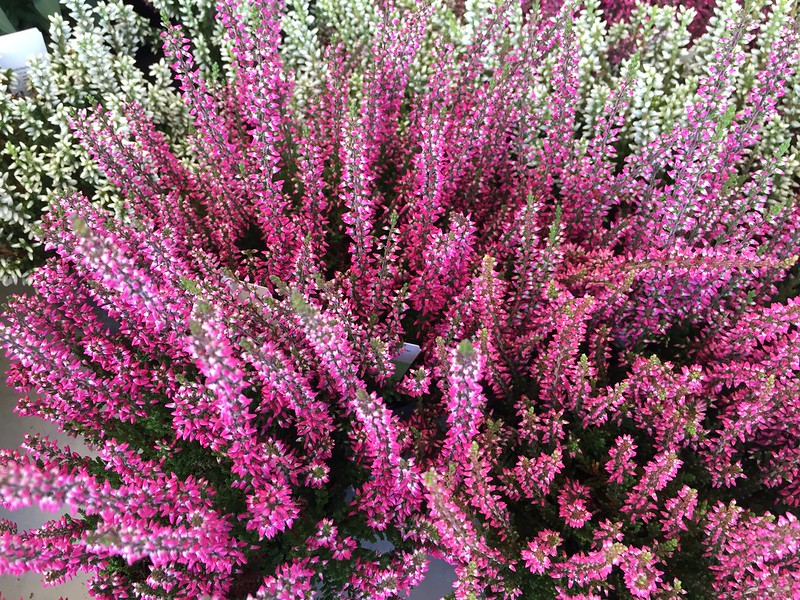 Calluna, as far as I know, is an inferior type of heather and when it arrives in our shops in Switzerland, you know that Autumn is arriving and Winter just around the corner. It begins to show its flowers now and continues into Winter, being the only plant in Winter still showing some flowers, although even then its time is limited. Today was the first time I have seen it in our local supermarket.

Heather is slightly larger and more durable. I have bought them now and again and planted them in the garden. They stay but are no longer what they were when fresh. 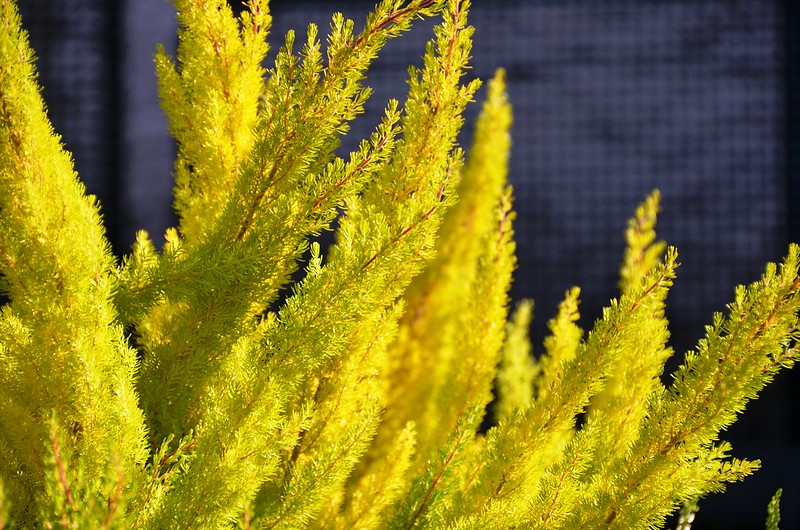 We have a twice weekly market in our nearbye town of Solothurn in Switzerland on Wenesday and Saturday. It is mainly for fruit and vegetables. On the first Monday in the month we have the big market where people come from the surrounding villages with all sorts of goods. Clothing, ornaments and various plants. I saw this heather on a stall on the market. I don’t know if it had been coloured or not, but I think it was a special breed. Yellow is not a heather colour usually, but these days you can get everything. 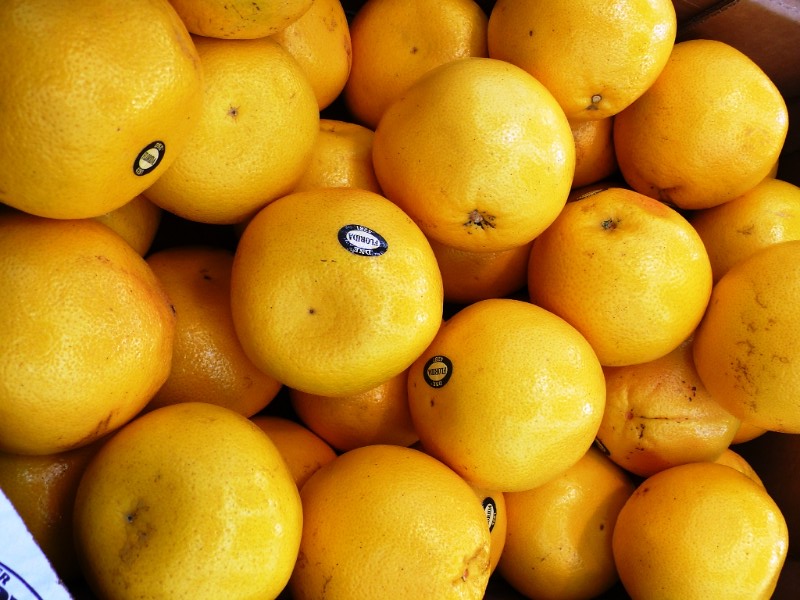 Anyone for grapefruits? I saw these in the local supermarket.

I am not really a market person, too many people and too much noise, but I do enjoy visiting our local market town of Solothurn in Autumn on Saturday morning. I had wanted to go since the beginning of October, but the weather was not so friendly, too much rain. Now the sun was even peeping through so I decided now or never. It is a colourful market, full of the products of the surrounding farmlands and a wonderful reward for my camera. I left home with the local train and five minutes later I was ready for action.

The stalls on the market are usually in the same place and you get to know where everything is. The reason for this photo is because the two ladies are friends of mine. The lady on the left is the boss. She has a farm and most of the products she sells are from the farm. She was also the president of our village first aid group, of which I was a member for some years. There is not very much she does not know about helping if there is an accident. She is also a member of the cathedral choir. Her pumpkin soup is famous amongst members of the first aid group, as she always supplies a home made soup for our annual Christmas get together. Of course the pumpkins were a product of her farm. On the right is one of her daughters who is a fereral policewoman when not busy serving on the market. This daughter is also one of my neighbours and I know her very well. It is usually a family business on Saturday morning and her son or daughters are usually assisting.

As I was walking past the stall I asked if a photo would be OK and she said yes, but just take an action photo, nothing posed, so I did. The stall holders are always to be found in the same place, it is all organised with council permission. There is a lot of work involved on having a stall on the market place. Most Friday evenings and through the night the fruit and vegetables to be sold are prepared, as well as making sure that the hens have produced enough eggs I suppose and early on Saturday morning the complete stall is loaded into their vans and taken to Solothurn, where it is built up and ready for customers. The market is probably from about 7-8 in the morning until lunchtime. At lunchtime everything has to be removed and put into storage for another week. Some of the stallholders are also on the Wednesday morning market as well. At lunchtime the street cleaners come into action and by the afternoon there is no trace left of the market.

The market is guided by the season, which is one of the reasons I like the Autumn market so much, because of the colourful show of Winter vegetables. My personal favourites are the marrows, squash, courgettes or whatever you call them.

Of course there is also a stall specialising in different types of mushroom. These are call bolets in English it seems.

A market would not be a market without flowers, and at this time of the year heather is quite in season. I usually plant some in the garden, which stays through the Winter for a colourful show until Spring.

It is also custom to have roasted chestnuts in Autumn. We do have a kiosk in Solothurn. Year after year the same family come to Solothurn in Winter from the Ticino, the Italian part of Switzerland and stay, selling the chestnuts, which are actually a special sort known as “Marroni” to the Swiss and are not the same sort you see on the horse chestnut trees that grow in the local woods. Those are for animal consumption. I found some on the market. They are encased in a prickly coat, and are the only ones edible for humans.

After an hour I decided it was time to go home. I had a dinner to cook, although there was no rush. I walked home as I just missed the train and decided a half hour walk would not be too exhausting.

I took a lot of photos, but it was worth it. Did I say sunflowers are quite in at the moment, so here is a photo of what the market had to offer.