We are surrounded by trees, so there is always someone busy chopping.

And this is the result.

Problems sometimes arise when you are on your way in a scooter along the pavement. In Switzerland this is allowed if you are handicapped, so no problem. However, when a van is parked on the pavement and there are men dressed in their orange working on the road, it can become a problem. One of the guys very friendly said I could move into the road. However, I had to decline. The step is too steep and it can be quite dangerous when there are cars and trucks moving past.

He then said to wait a few minutes and one of the guys got into the truck and drove off to allow to pass. He drove to the roundabout along the road and returned. On the way we gave each other a friendly wave. After an hour I returned from the town and yes, he was there again on the pavement and so I waited a while until he again drove away. No-one was angry, everyone was polite and I was glad that there were no further problems.

I have been living here almost 30 years now and have watched buildings rise from the ground to complete our estate. Now, after many years, the last building is being stamped out of the earth. Now I can see what will be disappearing from our garden view. The forest at the end of the estate will be reduced to half of what we have seen up to now. Perhaps not so tragic, we can still see the tree tops, but it will no longer be the same. I wonder what our murder of crows will make of it.

Cats are the champion hibernaters, although they do not hibernate during the Winter, they hibernate every day. The routine is 23 hour sleep, time spent on eating and the grand finale is using the remainder searching for a sleeping place.

Every day there are more of them. At first there were only a few, but they are increasing in numbers. They are communicating with each other, planning to take over. We humans are isolated, staying indoors, frightened of the unseen threat from outside and the birds are taking advantage of it. They are arriving in flocks, descending together: just sitting there and watching. They even chirp together and suddenly there is silence. You could hear a seed drop. It is as if a command has been issued. Even the silence is deafening. And now the crows are approaching. 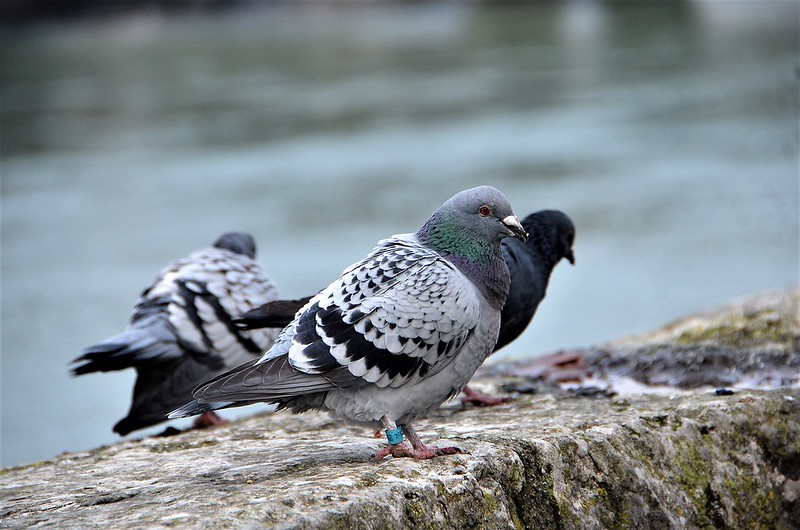 Since this pigeon was tagged, the others do not speak to him. 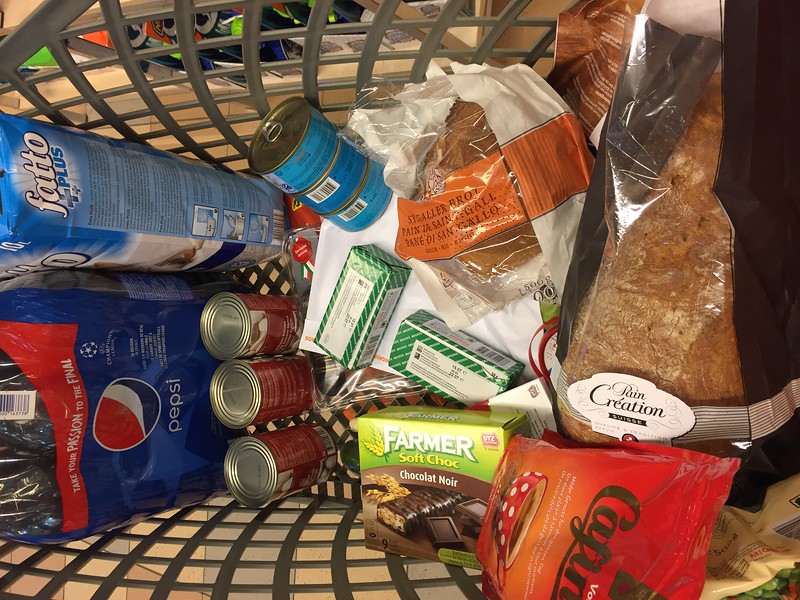 Loathe is a bit of a strong word for disliking, although I am getting very near to loathing shopping, especially if I have to do it on my own. Usually Mr. Swiss comes with me, since we are both retired, at least 10 years, but there is always the exception to the rule and today was one of them.

Mr. Swiss was under the weather (we golden oldies have that now and again) and so I sort of volunteered to do the shopping on my own – that was the first mistake. First of all I had to conquer the fear of driving a car. Of course I can drive a car and once it is on the road, no problem. It moves and as long as I avoid people crossing the road it goes OK. Mr.  Swiss usually drives, although he has an idea that I could drive home, but that does not work.  Now I can use the word loath and I loathe driving when he is next to me, because he is giving instructions constantly.

So today I saddled up the car and was on my way. My left leg no longer functions, but no problem. Who needs a left leg when you drive an automatic and I am only allowed to drive an automatic. So I arrived at the supermarket safe and sound and all three parking places reserved for the handicapped were free, which does not often happen. I stopped loathing because it meant that I could park next to the entrace to the mini mall that we have. The shopping list floats on a cloud on my iPhone meaning that when I buy somthing I cancel it from the list and even Mr. Swiss sees it when he is at home.

I start to loathe the shopping when I begin to slow down. I forgot to take the shopping bag with me from the car, so just loaded everything into the trolley and filled up the bags when I returned to the car. Unfortunately 6 oversized bottles of Pepsi had to be bought . I just aimed and threw the packet of six plastic oversized heavy bottles and thanks to the gravitational pull they arrived at their destination in the boot of the car.  Another loathe. I drove home after spending more than an hour on my task because I was really down to slow motion. However, once in the car my loathing had almost gone to just a mild case of hatred.

The next loathe was when I reached home. I parked the car in our underground garage and could not open the door from the garage, due to fingers that are no longer so well attached to the hands. However, I piled the shopping on the trolley we have next to the car and arrived home to a worried Mr. Swiss who found I had been away a long time. He even tried to call me on my phone through worry, but either I did not hear it, or ignored it. We are still debating

How can anyone enjoy a shopping trip? Or shall I call it a loathing trip.