I not spend most afternoons for an hour with Mr. Swiss in his Golden Oldie refuge and now the warmer weather is with us we are generally outside. They have a wonderful pond with a couple of ducks and fish, but above all you can relax to the sound of the water flowing. It is a very soothing background for relaxation. 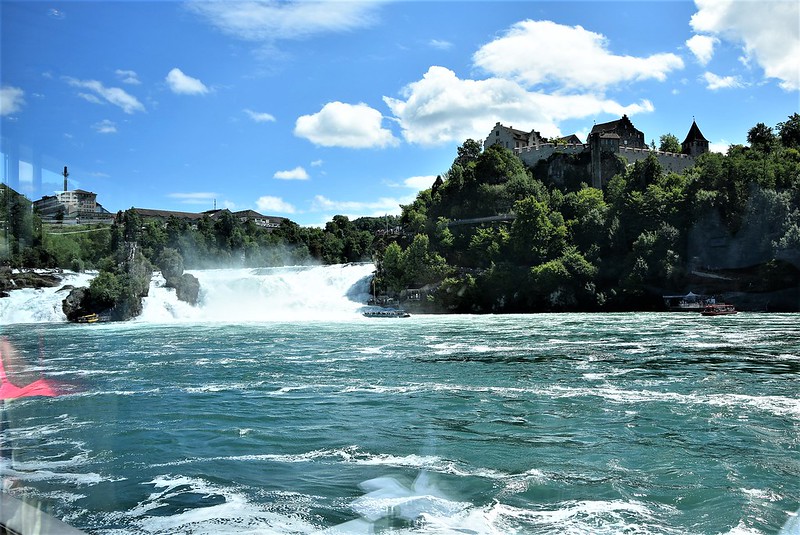 This morning I decided it must be Friday, not that it is something to decide, it just happens once a week, with the flow of the days. My next thoought, “is it my Vitamin D drops day?”, as my iPhone did not tell me to take the drops at 8.a.m., I decided it was not and when I checked I saw that would be tomorrow, Saturday. I am sure my life would no longer flow as well as it should were it not for the organised signals on my telephone. As my telephone is also connected to my iPad by some strange cloud, you cannot miss anything. The signals flow around constantly. Even my Macbook just reminded me that I had forgotten to take a tablet yesterday evening, which is not true because my telephone told me to take them yesterday and I did. Macbook was showing off that he knows it as well. The signals are flowing around as if they are all part of the same organic matter.

So, after establishing that it was Friday,  I knew it was time for an excursion to the local supermarket for the week-end hunting trip. Our first annoyance was that the local train also decided to flow in front of us when we reached the barrier, incurring a 3 minute wait. I used the time to prepare my camera for an action shot and Mr. Swiss used the time to curse the train for disturbing our traffic flow. 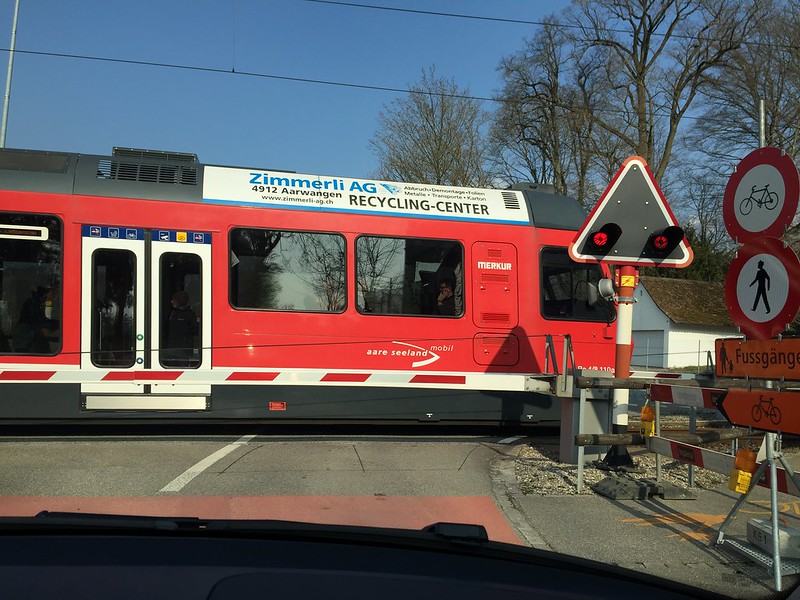 And then we were on our way. I discovered last week that if I know what I want to cook, I know what to buy, all part of the flow. This goes further. Make a list on your iPhone, send it to your partner as an SMS to buy what we need. We met a married couple we have known for many years, and they were also flowing to the same places, but without the hints from their mobile phones.  I suppose we cannot all flow in the same direction. As we chose the items we needed, I eliminated them from my list and eventually there was no list. All the quests had been dealt with, except for one.

It will soon be Easter, and in the normal flow of things, the local supermarket organisers are again presenting us with Easter bunnies. I still have three from last year, but this year they are an improvement. They have one of those Velcros fastenings in their back where you can open them up, like some sort of post mortem and turn them inside out for a different design. Instead of just the normal plain fluffy look. they also have large polka dots. To own one of this bunnies you collect  stickers on your Easter Egg card, simple really. I had a completed card and yesterday I let Mr. Swiss out on his own to do some shopping. There was a golden oldie before him in the queue, female,  who had bought enough supplies for a month, and was showered with Easter Bunny stickers. As luck would have it she was not collecting and so she asked Mr. Swiss. What did he say “my wife collects them, thank you”. Of course I collect them, but why did he not say “we collect them” or “Yes, my great grandchild would love to have a bunny”. No, it was the wife who was the collector of course. I am rambling on again, but we now had two full  cards. 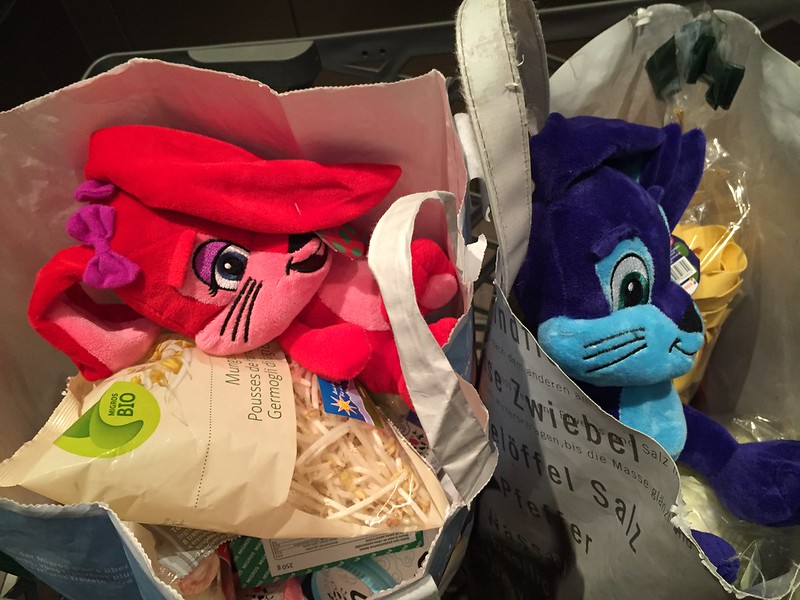 “Hey Fred, this is fun. At last on our own. I wonder where we will be going.”

“To our Easter pradise probably, Gladys, surrounded by easter eggs and chocolate. Anything will be better than sitting on the shelf in the supermarket, waiting to be picked. I distinctly heard the human lady say she wanted a blue one and a red one.”

“But what about Cyril, he is green and now all on his own.”

“No problem, Gladys. I heard the lady say she will return in a week to choose Cyril. She has to collect enough easter egg stickers to complete a new card.”

“Oh, how exciting Fred. We now have something to look forward to: spending Easter as one bunny family all together.”

“Of course Gladys: our destiny you just have to go with the flow.”