This is a reblog, Tabby is sleeping, exhausted again after her annual fight with the leaf soldiers: read on 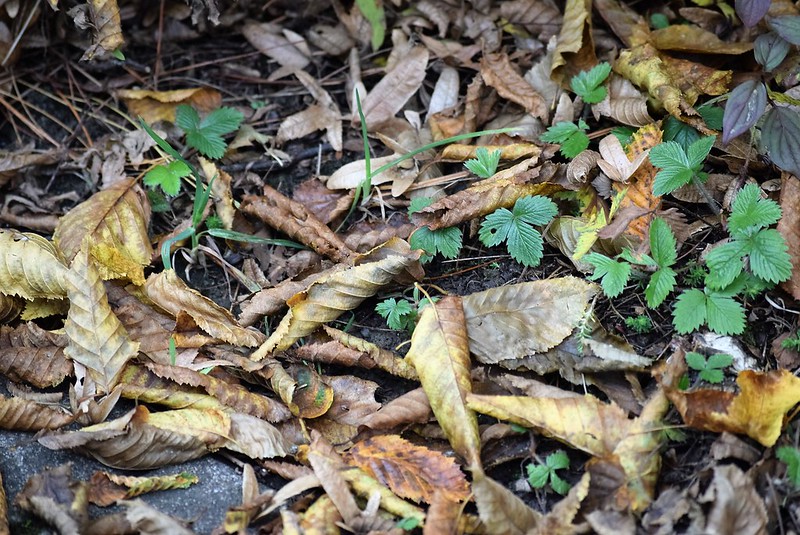 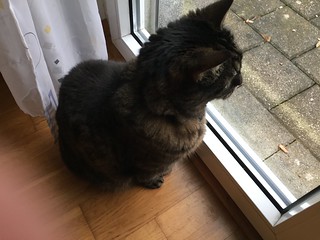 “I will open the window for you Tabby, so that you can go out.”

“No Mr. Human, I am only observing the situation.”

“That is obvious Mrs. Human. They are gathering in strength, they are forming an attack. Look how they are just laying there, waiting for the moment to pounce. They are planning an ambush, I can hear their murmers, Kill, kill, kill.”

“That sounds quite dramatic Tabby. Who are we talking about?”

“The leaf soldiers of course. During the night they have decided to attack: have formed bataillons, there are hundred, no thousands, perhaps even millions of them. What chance does a Tabby feline with a MacDonalds “M” engraved on its forehead have, against such a ruthless foe. They know no mercy. There are too many of them to be trampled to death.”

“But they are just dead leaves Tabby.”

“They are not “just dead leaves” they are a threat to the feline existence. They are lying in wait to pounce when I make a move. No, Mrs. Human, there is only one solution, to have patience and wait. On the other paw as the famous feline General Whiskers Patton meowed “battle is the most magnificent competition in which a feline can indulge. It brings out all that is best; it removes all that is base. Felines are not afraid in battle. The coward is the one who lets his fear overcome his sense of duty. Duty is the essence of being a feline”. And he was the best fighter we had.”

“What happened to him?”

“He had bad luck in his last battle. He was already on his ninth life and that was that.”

“But you still have enough lives Tabby. Look the wind is becoming stronger and the leaves are disappearing.”

“Yes, I am saved. Perhaps there might be some leaf soldiers still alive. I will now leave my home and fight against the remainders. Prepare a dish of tuna fish for my return and warm my bed. It is a far far better thing I now do than I have ever done. I will be a hero in the annals of felinedom.”

“I wrote the original, the guy that put it in his book borrowed it from me.” 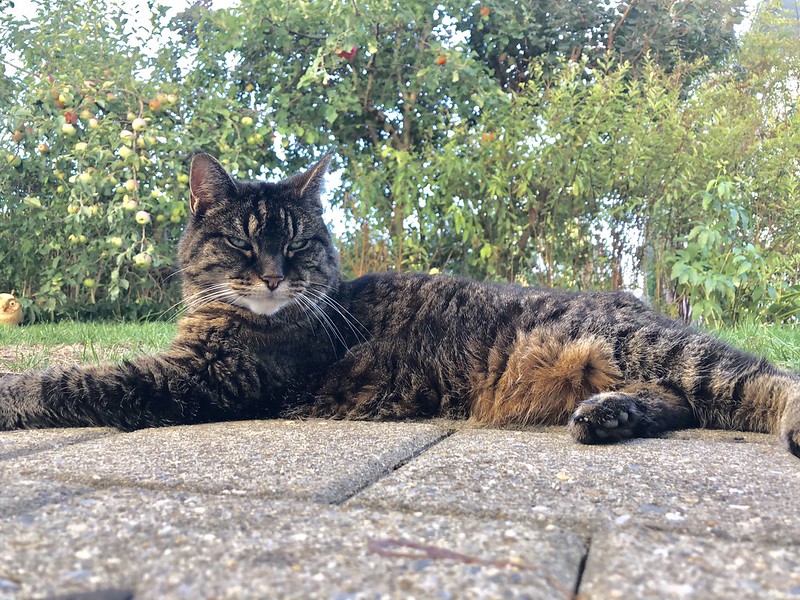 Gather around kittens. Are you sitting comfortably? Good then I will begin. Today we are talking about birds. No Tiddles, I said talking and there will be no free samples. I know  they are tasty. We are not here to discuss the various flavours.

I love birds, they are such wonderful little creatures. They flutter around in front of your nose and the perfume is wonderful. Yes I am a real bird lover, I could eat them for dinner and tea and even in between. I usually eat them pure, straight from the tree, but if Mrs. Human happens to be cooking one of the big ones, which is more than just a bite, like a chicken, I usually sit and wait. How can anyone resist my eyes that show how I suffer when she is serving her food and I have non in my bowl. I have made it quite clear to her that I prefer the chicken pre-chewed to make it easier for me to swallow.

Of course there are some birds to be avoided. Sparrow and tits can be swallowed in a few moments, but if you see a crow then forget the whole thing. They will probably swallow you in one bite.

And how do you persuade the bird to participate in your next meal. You do not. There is no point in trying to talk to the bird, but you must act as it it did not exist. Observe the bird out of the corner of your eyes (plural form, we have two eyes) and follow every movement it makes. It might be flying. No Tiddles you do not jump and clap your paws together hoping it will be sandwiched in the claws. That would make far too much noise and frighten them all away. You wait until the bird is resting on a branch within jumping distance and then you slowly creep along the ground, making sure that no grass stalks are bent in the process, and pounce. Afterwards dinner is served.

For this weeks homework you will put the training into practice and each one of you will bring the beak left from the bird to show you success. “Your have a parrot at home Tiddles? No parrot beaks, we begin with the smaller birds, a sparrow is enough.”