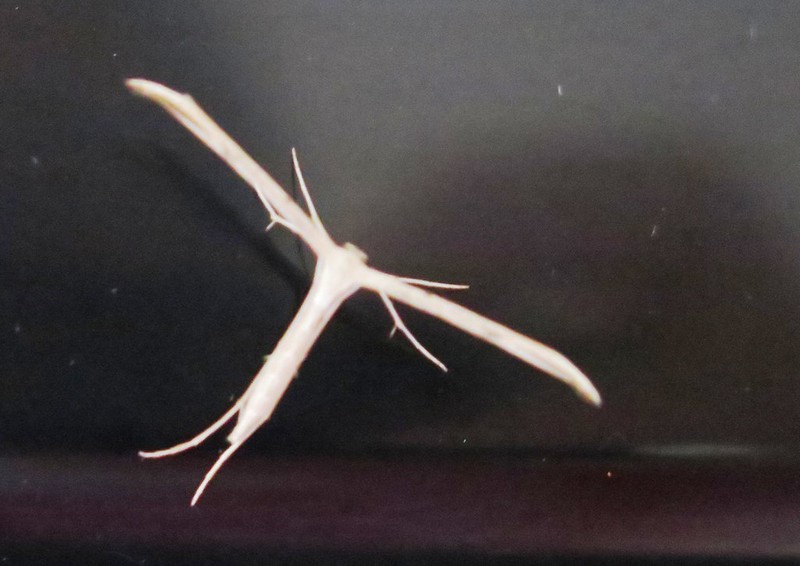 It was in 2013 when I took this photo, but what is it? Was it a drone flying past. Was it a new secret weapon? I have no idea. Someone told me, according to the photo, it would be a white plume moth. I am certain it was not a drone.