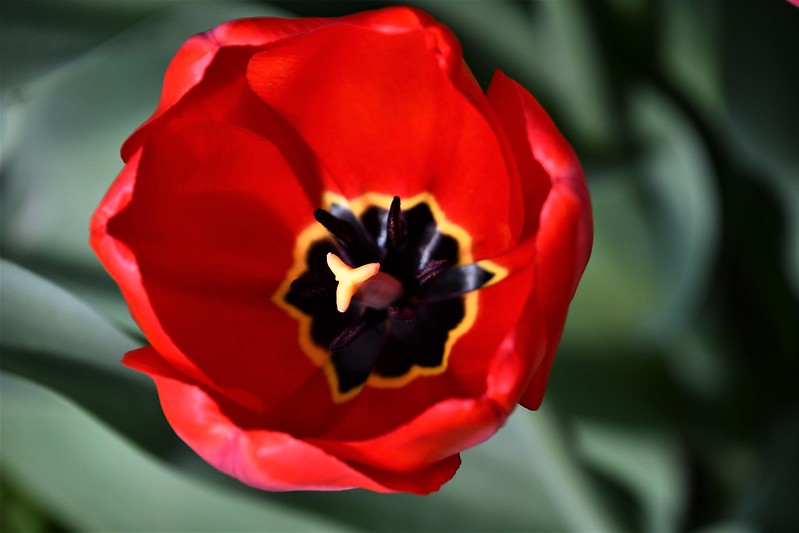 I decided to dazzle everyone with my tulip that opened this morning. I was off shopping this afternoon and wanted to make a few more better photos of this tulip when I returned home. My tulip went on strike. It had been teasing me with its buds since a week. It was closed this morning, but just before lunch it opened, with its colleagues.

When I returned from my shopping trip I equipped myself with my mobile phone and camera and decided to take a few more better photos. My tulip had closed its buds. How could it be so mean? There I was ready to take my Pulitzer prize award winning photo and the tulip refused to pose. The sun had also disappeared, so perhaps tulips only open when the sun shines or they only open for a few hours during the day.

My dazzling tulip photo is not as good as I wanted. Our hawthorn bush is also flowering, so here it is as a compensation. I nearly killed the neighbour this morning. The hawthorn bush separates her garden territory to mine and it only began to flower yesterday. There she was out in the garden with her garden shears cutting off twigs of the hawthorn. I really did not want an argument, called Mr. Swiss and we both got rather loud. She heard us (which was intended). She asked if we meant her. We said yes and now was not the time to cut twigs off a flowering hawthorn. “But they are dry” was her weak answer. Of course they were not dry, they had not yet produced the flowers, but leaves were there. She was also thinking about attacking another bush, but realised that it would not be such a good idea and eventually disappeared. This was not the first time. I was dazzled by her actions.

So here is the hawthorn, and there are still some berries on the twigs from last year. 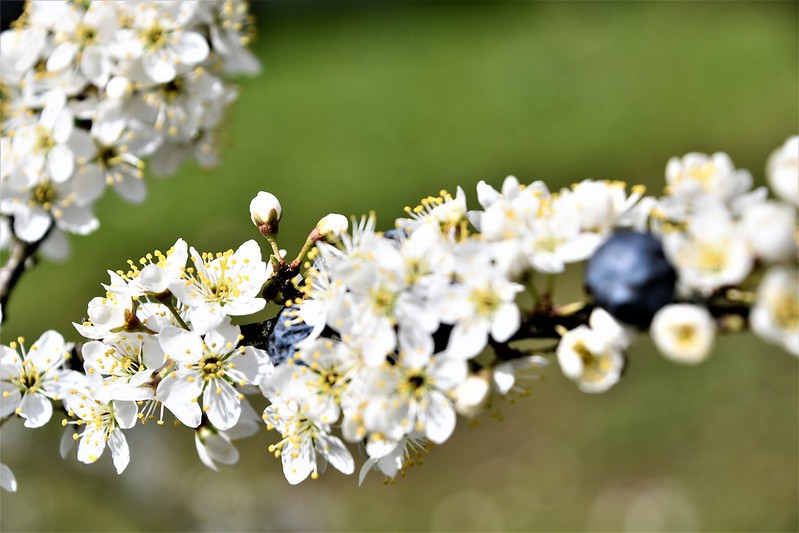 Nothing like a herd of zebras to wake you up in the morning with their dazzling colours. 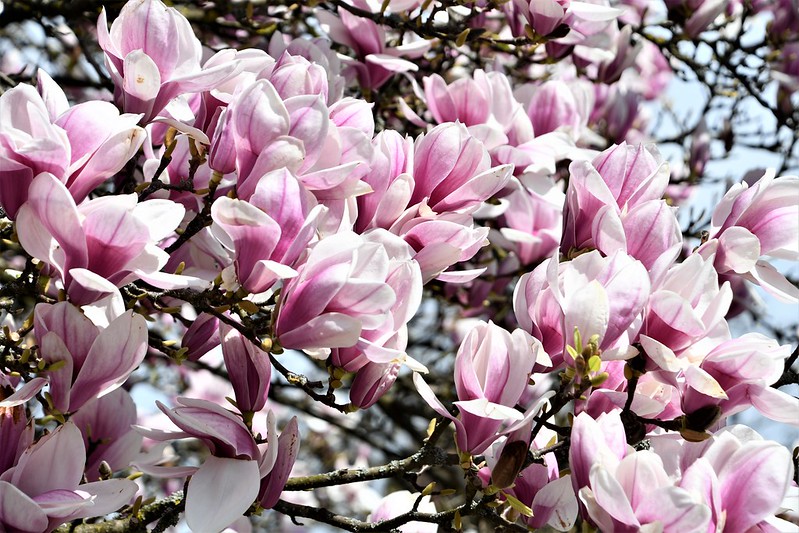 I took a wheelie into town in my chair to see how our magnolia trees were progressing and was not disappointed. They were also now dazzling with their blossoms. 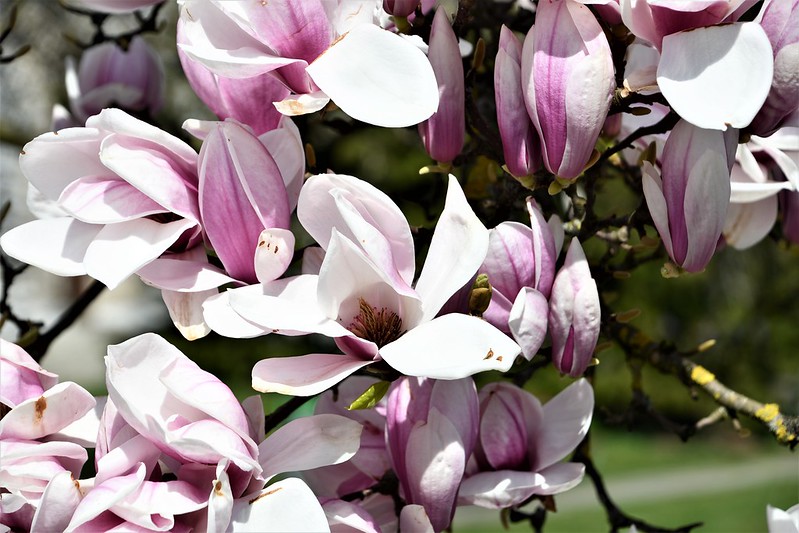