Isn’t Spring wonderful. I took a stroll through my front garden and saw that my columbine had arrived. There was no warning, I did not notice them, but there they are with their stalks and flowers. I never planted them in my garden, they were invaders, seeds from somewhere else, perhaps a neighbour or just a country path. I love them. 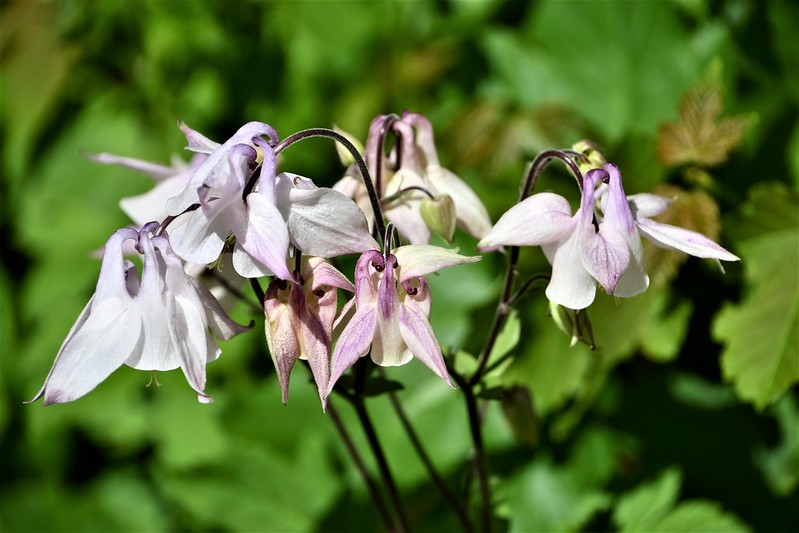 No longer looking so fresh. 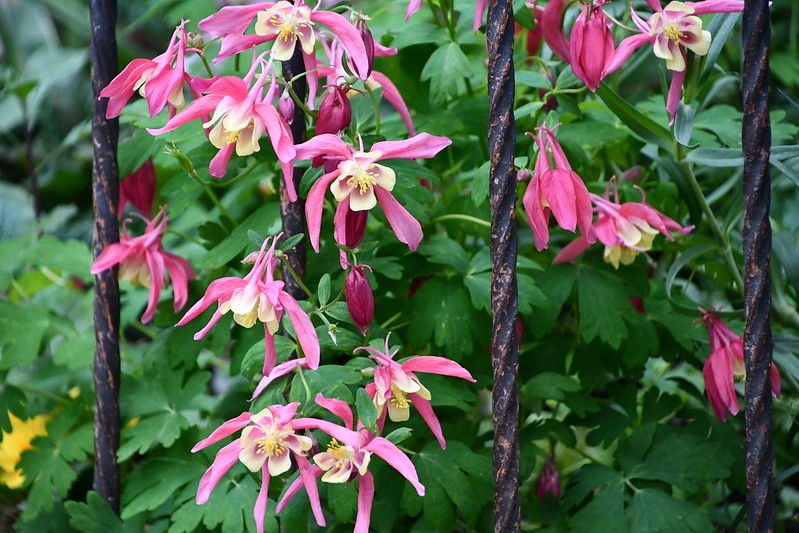 Always attractive, no matter the colour. 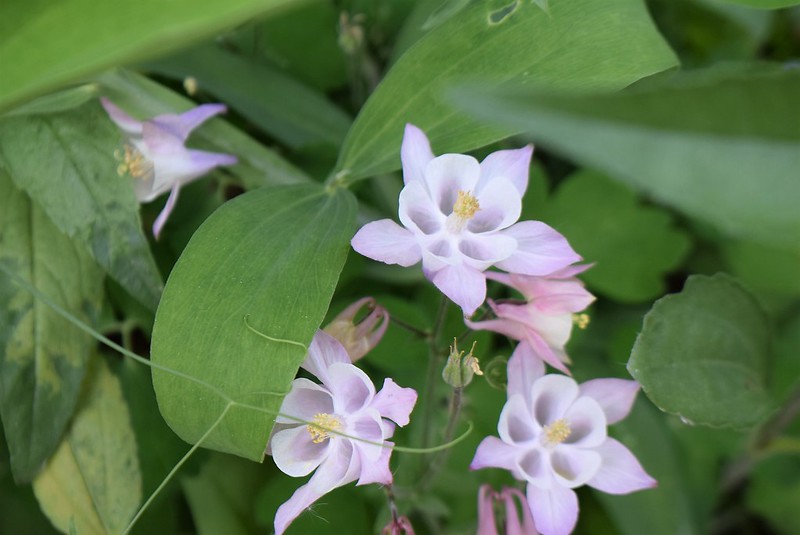 Again, a wild one from my garden. 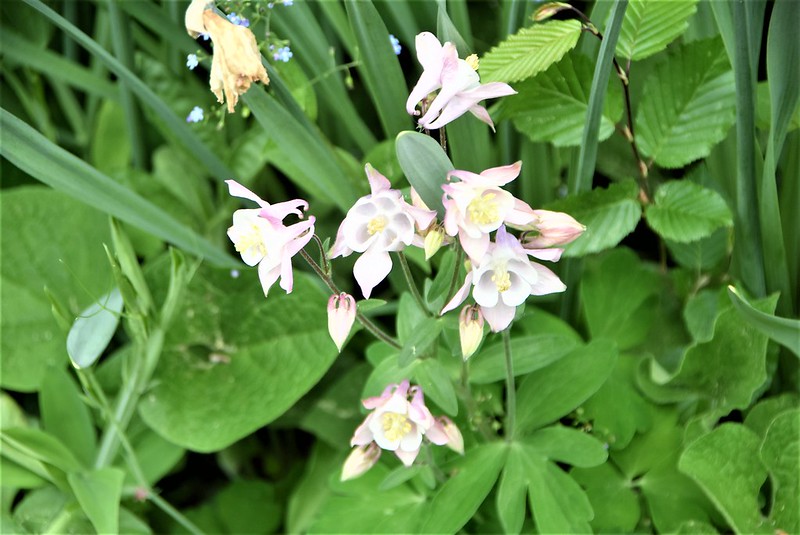 This is a photo from my garden in May. They grow wild around here and come up in all sorts of colours. My garden seems to have the lighter shade varieties. Funny I always remember the cowboy series Gun Law with Matt Dillon and his sidekick Chester. They were searching for a suspicious killing. Matt Dillon noticed some columbine growing and told Chester they would have to search in that spot as columbine always grows on graves. It is probably not true, but since that TV film I always associate columbine with graveyards. 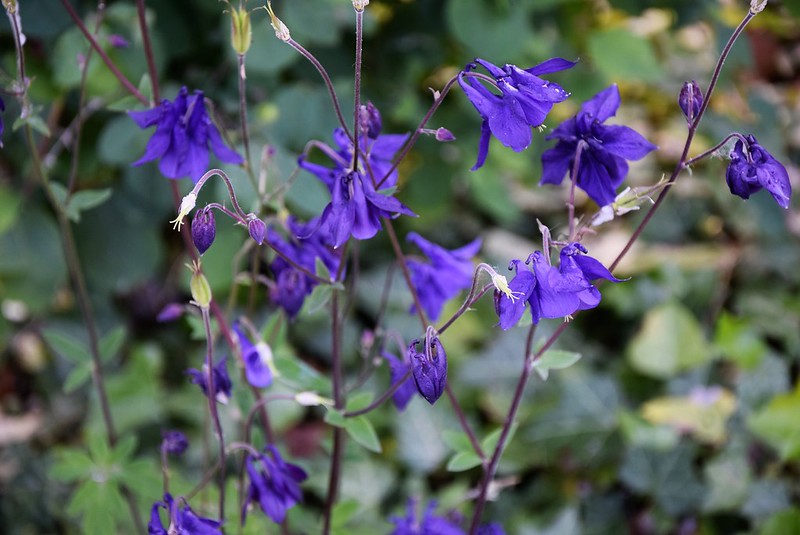 This the general type of columbine that grows wild in our area, the blue version. 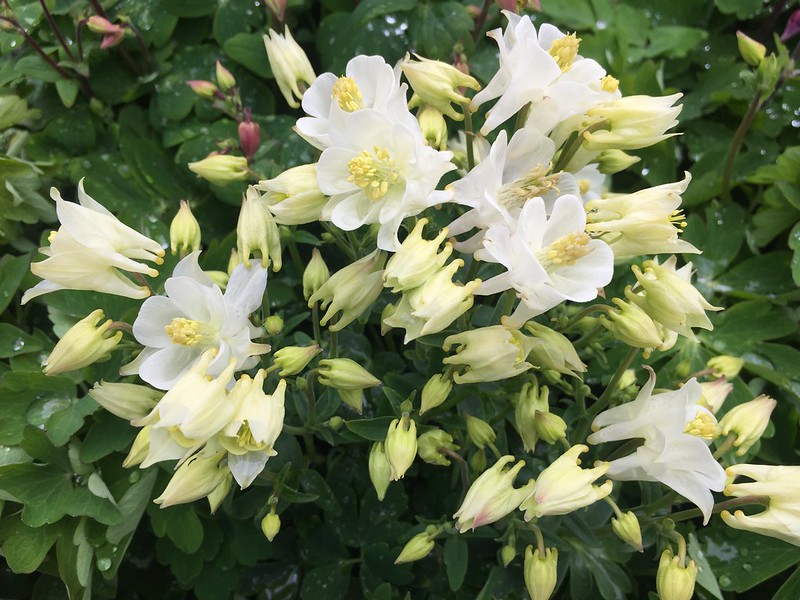 Although the columbine is now flowering in my garden, this is from the supermarket. Seems to be a special sort, not such a wild variety. 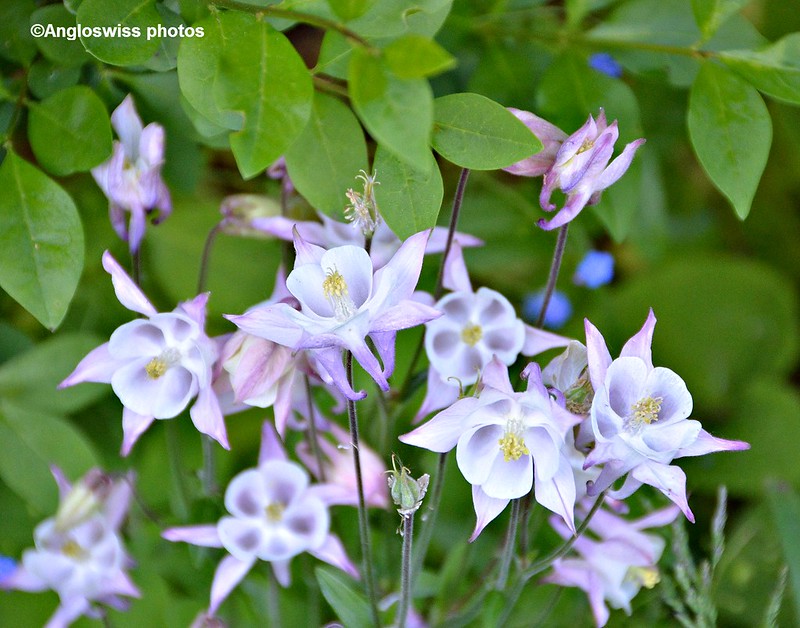 Prompted by CEE I had a look in my archives for columbine. I found a few photos. They arrive regularly in my garden each year from the seeds left behind from the year before.

My first acquaintence with Columbine is a reall blast from the past, a very old memory. The golden oldies and not so oldies may remember the TV series Gun Law with Matt Dillon played by the tall and good looking (in my opinion) James Arness. There was once an episode where Mr. Dillon and Chester were looking for a dead person. They found his remains because Mr. Dillon saw that columbine was growing there and the clever Mr. Dillon knew that columbine always grew on graves.

Whether this is true I do not know, probably just a trick to make the film more interesting, but I never forgot these words. I can assure you the only dead bodies in my garden are probably from an ants nest or a few spiders, but no bones or human remains. At least I do not think so, but they found a couple of skeletons when they were building next to our appartment house, because it used to be the place where the gallows was in the olden days. 🙂