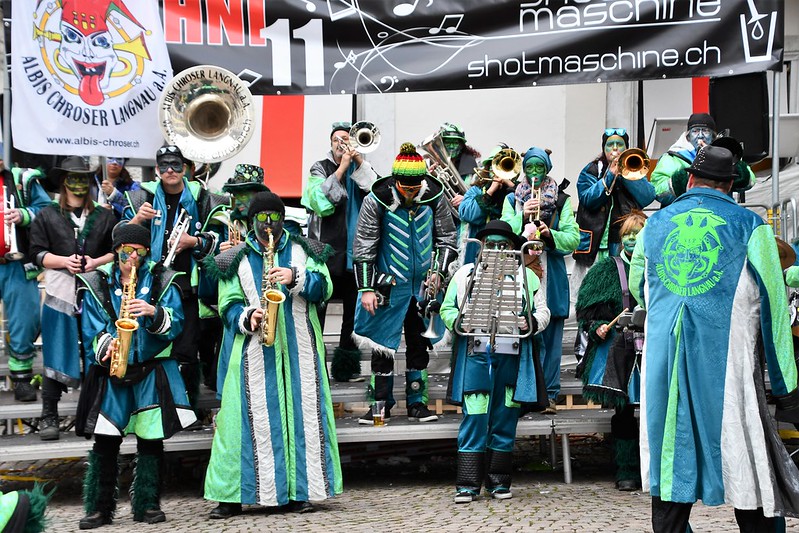 Switzerland: Cacophony? Such a little counry minding their own business and tending to the lawns and parks surrounding their banks. We all know that no noise is to be made in a bank. We even have only numbers for certain bank accounts, the name of the owners is not to be mentioned.

On the other hand we have carnival in late Winter. These are the days when music is made in the streets, all beginning on a certain Thursday in the early hours of the morning with something to blow or bang: the main idea being making noise. It goes further during the day when strangely masked humans take to the streets dressed in their costumes and now are actually playing music that could be recognised, the louder the better.

I suppose you could compare it to the American composer, Charles Ives, whose famous pieces of music, especially “The Unanswered Question”, might be called cacophony by some. That is a matter of taste, although I quite like it. It is said that he once directed music at the crossroads of a few streets, each band playing a different tune as they walked through the streets, meeting at the centre. 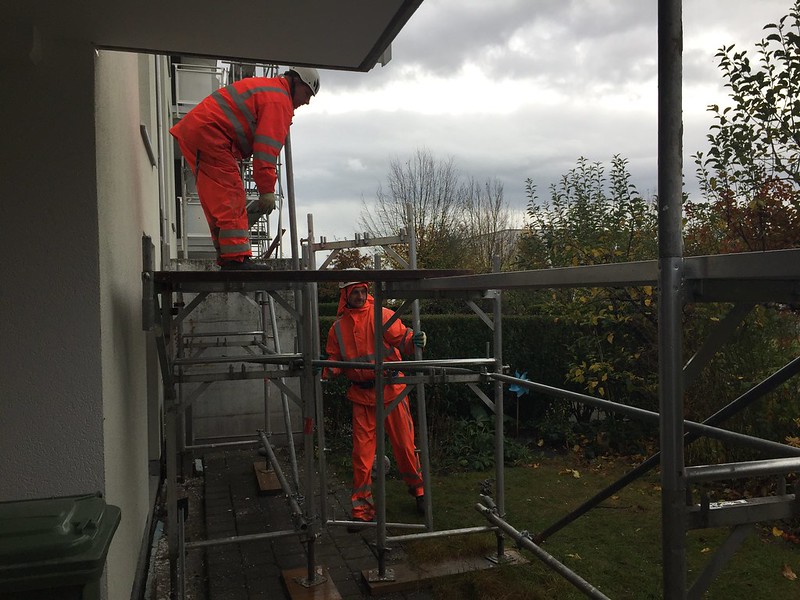 I have a feeling that I am sometimes being watched by WordPress. Of course not, but their suggestions for a prompt often cover my present state of affairs. It began this morning when I was greeted by a troop of workers heading for my appartment block. Yes, it was the day of the scaffolding removal. It is now 4 o’clock in the afternoon and peace reigns. There was a clank of metal against metal, but the builders worked silently. They had no need for communication, because each of them knew his part in the play.

Over the past 7 months we had lived in noise, it became part of our life. The worst was the removal of the outside walls and insulation. This could not be done by hand, but machines were needed. After lunch you settled for a midday sleep and it was a signal. At first just a little hammering noise to say “hello, time to work” and this developed into a crescendo when there were 2 or 3 pneumatic chisels all working in accord with each other. I slept on and the noise amalgamated itself in my dreams, it became part of the sleep. Nino, the chief of sorts told me constantly, “only this week and then it will be quiet”, but Nino’s idea of time measurement was a little different to mine. 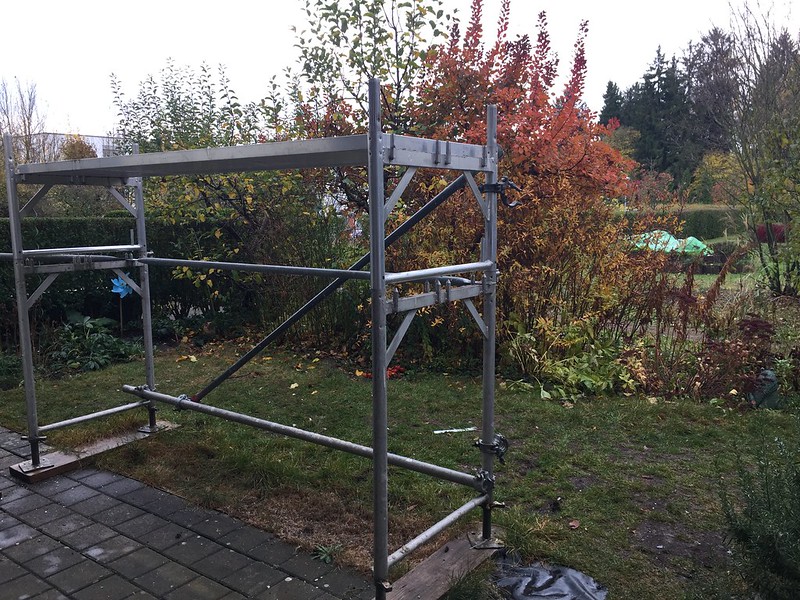 The weeks became months and we greeted the insulation experts with their welding machines. The regular bangs and chiselling noises became flame throwing effects. There was also background noise. Eventually the balconies above were given the new tiles, but the sizes were not exactly as they should be. This was no problem. There was even a machine to deal with this, a size grinder. It was equipped with a circular stone cutter and each individual tile (there were at least 2-300) was ground to shape. The cutter was placed near enough to be heard during the working time, and it seemed that the person involved in this work had an 8 hour day, although we were all glad when he had his lunch break. This repetitive grinding noise did improve when one of the neighbours noticed that the grinding saw was no longer as sharp as it should be. We still had the annoyance of the screeching of the saw, but the job went quicker.

When the painters arrived, it was almost a recuperation, a lull: their paint brushes made no noise. It was the interlude to the symphony, something like the William Tell Ouverture. The middle part represents the lulling of the waves on the lake.

And oday was the grand finale, the storm on the lake: the crescendo with nuts and bolts being thrown from the second floor and pieces of now unwanted scaffolding being removed, leaving a space where they once were. Even Mr. Swiss joined in with the broom sweeping the small bits and pieces away. At the end of day silence reigned. I clapped as the last worker left us and took a walk around our block to admire the unscaffolded building. 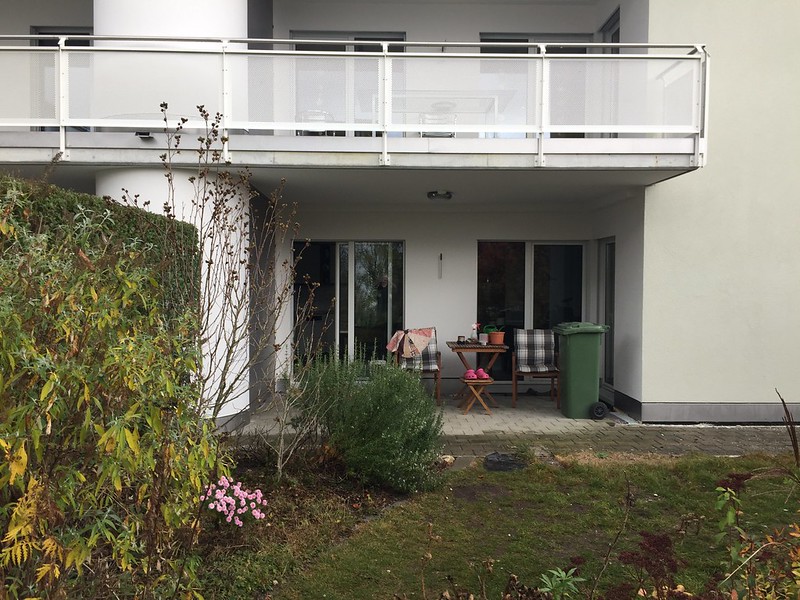 Behold our new freedom without bars in front of the porch. See our newly painted light green walls, very light green and our clean windows which will no longer have to be cared for almost daily. We can breathe again, we now only have the sound of silence. I think I will have to play some music, perhaps the 1812 Ouverture, to liven the place up.

The Day the Scaffolding Went Down