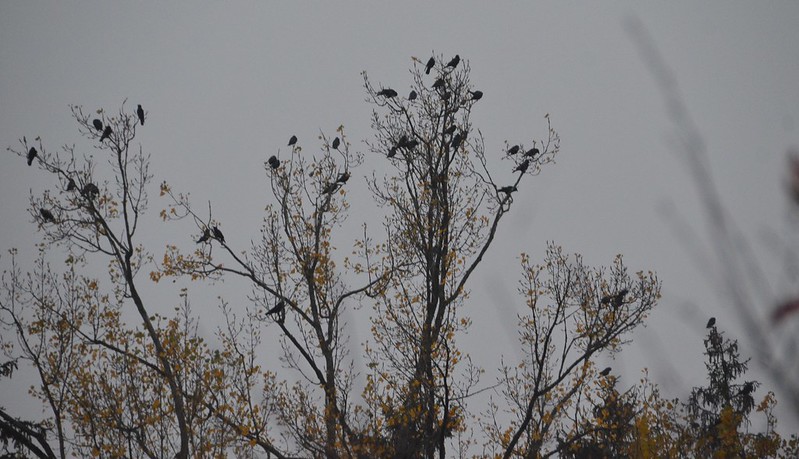 Thought I would start with a nice uplifting photo to show how fearless I am. If the crows gather in the trees surrounding my garden it only means that they want to be my friends I am sure. I am not frightened of crows as long as they stay in the trees, although lately I noticed that they do tend to land in my garden. Are they a threat? Did they mistake my garden for the local cemetery?

Fear was not known so much in the good old days. I read something in Facebook today, where someone wrote “do you remember when you parents could leave you outside in the pram without being worried?”. There were many replies, but it was true. I was born in 1946 in a fairly crowded part of London, but we had our parks and our gardens and yards. I know my mum would deposit me in the pram outside to get the fresh air, although I doubt if the air was very fresh in the industrial part of London, but she was sure it would do me good, especially if the sun was shining. I would be on my own, a baby in a pram, exposed to all sorts of dangers. I could have been kidnapped, although it would not have been a profitable business for the kidnappers as we had nothing valuable. I can imagine rows of prams filled with babies at this time unprotected,  as the men had returned from being soldiers in the war and there was a baby boom. However we remained safe.

As I grew older I would play outside in the street with my friends, probably some of the babies that were left outside in the street in their prams. Mum left the door open, there was no problem. Perhaps I stopped playing outside but I was free to enter the house as I wanted to. Some of my colleagues had working mothers. The door key was tied on a piece of string and suspended inside the letter box. Just put your hand in and pull on the string and you had the key. Of course everyone had access, but this was not a problem. What was there to be worried about. It was a different time and place. I cannot remember big time robberies happening, or parents returning home to find their children gone and the house robbed. It just did not happen and there was nothing to take. Funnily enough our area was well known for criminal gangs: the Kray family being well into business as the biggest threat to the law abiding citizens. However, these gangster came from the same surroundings as we did, and they took their profits in the more respectable parts of London. Now and again they might have shot a rival, but they were all part of the business. I remember a famous case when one of their ex colleagues was killed drinking his beer in a local pub known as “The Blind Beggar” referring to a historical character from the olden days of Bethnal Green. Obviously the police were called in, they arrested the culprit, one of the Kray twins, and the world was again in order. If you mixed with the wrong people, you had to pay the price I suppose.

I was soon a teenager and Saturday nights were the nights when you went into town, for me the West End of London with its dance halls and other entertainments. I was fearless, because I never knew a reason not to be. It was the swinging sixties and it was fun to go out with your friends, meet some talent at the dance hall and not have any worries. OK, perhaps we were naïve, but mum said be home by 11 o’clock and we were boarded the last underground night train somewhere in the middle of London, on our own of course, and arrived at the local railway station, in my case Bethnal Green. I then had a 10 minute walk along the road to my house. I was fearless, had no cares. Perhaps the pubs had turned out and there were a few drunks rolling around on the streets. It was all part of the show. I remember seeing one man punch his fist through a glass pane in a door. I walked on, there were all sorts of strange objects around late at night. There were always people walking along the road, even late in the evening and you never really felt alone.

I think today no mother would leave her baby unattended outside in a pram and the streets are now empty at 11 o’clock in the evening, most people being on their way in a car. Today it is not a matter of having no fear, it is a matter of self preservation and being very careful. I never felt fear when I was younger in London, but I think today I would probably think twice. 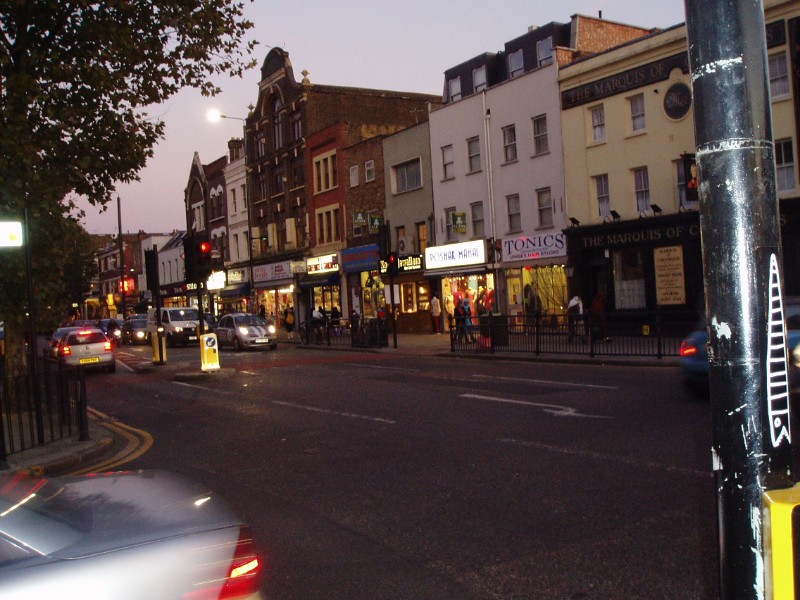 Bethnal Green road in the evening