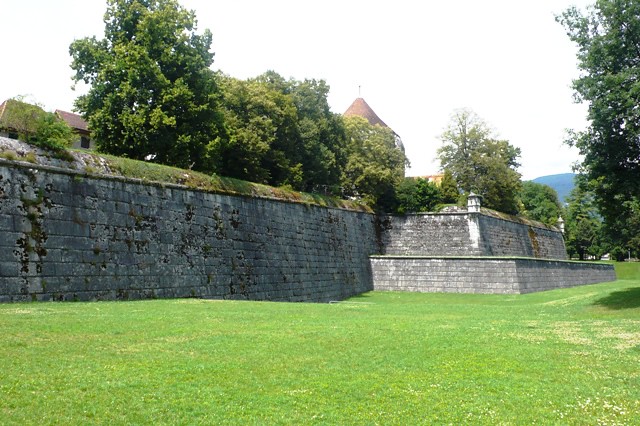 I live in a bastion, not quite, but our local town is just a walk along the road is a bastion. I suppose it all began as a useful place to settle according to the Romans when they arrived, There was a river, a few bridges and women of course. At the time Switzerland did not even really exist, just a tribe until someone decided that were Helvetians, so at least the Romans had a name for the Swiss.

With time the Romans mixed with the Helvetians after nights filled with wine and whatever,  and children were born that eventually forgot heir ancestors came from Rome. In this delightful place where the storks built nests, and the streets were cobbled (yes thank you Romans) it was decided to build a defence. I suppose is all began with a gate into the town on the East  side: the Basel gate because it was on the road to Basel. No-one seemed to like the Basel people so they had to be kept out. This had to be balanced by a gate on the West leading to Biel and now known as the Biel Gate, although the Biel people are OK. Half of them speak French and it is a nice place to go shopping.

In the South there was a gate leading to Bern which no longer exists. It seemed to have been replaced by a restaurant as far as I know. There is also an entrance in the North through a gate named after a few monks and their group, the Franziskaner gate. All these gates were solidly built, in the style of the fortress in the photo. That is part of the fortifications circling the town. So the Solothurn people were quite safe. With so much brick and cement who could invade? The green grass was a moat filled with water when it was built just to make sure.

I am not really sure why they had to defend. It was all to do with religion in those days. Solothurn was roman catholic and there were some reform church Zwingli followers around, so I supposed all this defence was to stop the others, although it was difficult for the Solothurn people to escape. Of course you had an army of people making sure that everyone stayed where they should be. Just imagine looking after all those keys.

Today the remains of the bastions are still to be seen, and the roads were built around them as it was all under monument protection. At least we have a few tourist attractions.  Now and again someone might start digging somewhere for a new building. It is not surprising when old roman walls are found and near the hospital they even found the outline of a Roman villa. Even in our village the neighbouring apartment block was built and they had to remove a few skeletons at first, because it was on the site near the gallows.

At the moment I live in my own bastion, because the lock on the outside door has been replaced and we only have one key that fits: no problem, five keys have been ordered. 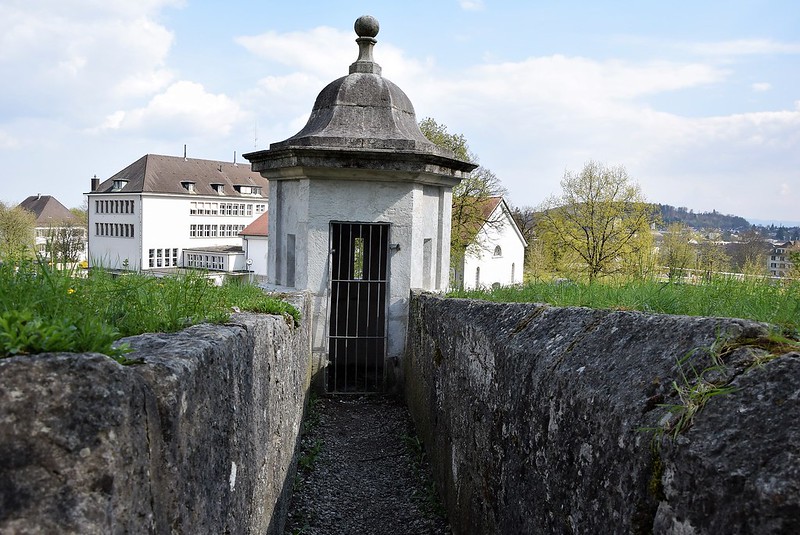