This tree was proudly standing in the sun showing the reflections on it golden leaves. A show of Autumn for all to see.

This tree stands in the golden oldie home where Mr. Swiss is and is gradually losing its leaves.

You cannot get more Autumnal than this

Even Autumn has its colourful plants.

A nice Autumn arrangement on a dining table.

Apples, apples everywhere
What am I going to do
Eat them for breakfest, fry them for dinner
Perhaps cook them in a stew
Make a pie every day
Or bake a tart
I have so many, no room in the kitchen
I will pile them in a cart
Let us not forget, only once a year
So let us not be so glum
Spring has gone, summer is going
Now is time for Autumn

I took this photo about and hour and a half ago as I was wheeling home in my chair along the river, so the question of the day is “Can anyone see Autumn”. I think I seee a few brown grass blades on the plant next to the river, but everything seems to be nicely green, not even a floating brown leaf to be seen.

But wait a minute, what do I see? Yes, there are berries, red berries, looking quite fresh, now that must be a sign of Autumn, although the leaves are still there firmly hanging on to the tree.

That looks better, much more seasonal, although I suspect that perhaps someone was engaged to spread the brown leaves from a bag to make it look genuine and convince everyone that our seasons are where they should be, just to keep us all happy.

In the meanwhile yesterday, a group of young people smuggled a banner into the public gallery of our Swiss parliament. They were quite sly and cut it into pieces and distributed it in their various rucksacks. When they arrived they pieced it together and hung it from the balcony saying “It’s the final countdown” pertaining to our climate problems of course. I say bravo and perhaps a bravo for the members of the Swiss parliament that applauded their idea and also the fact that they had no further consequences from the action. They were told it was against the law and they should leave, which they did with any further commotion.

Perhaps our Autumn has just not yet arrived, too early, but I will continue my search to see who has stolen it. In the meanwhile…..

it is making a try. 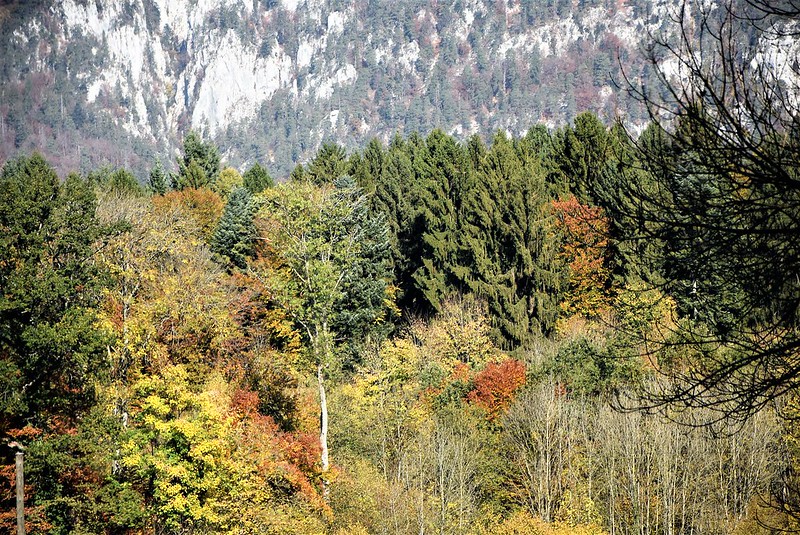 This Autumn coloured  forest looked so inviting for a some homeless ghosts and ghouls. I took the photo as we drove past during the day, but I would not want to visit at night. Who knows what could be happening. 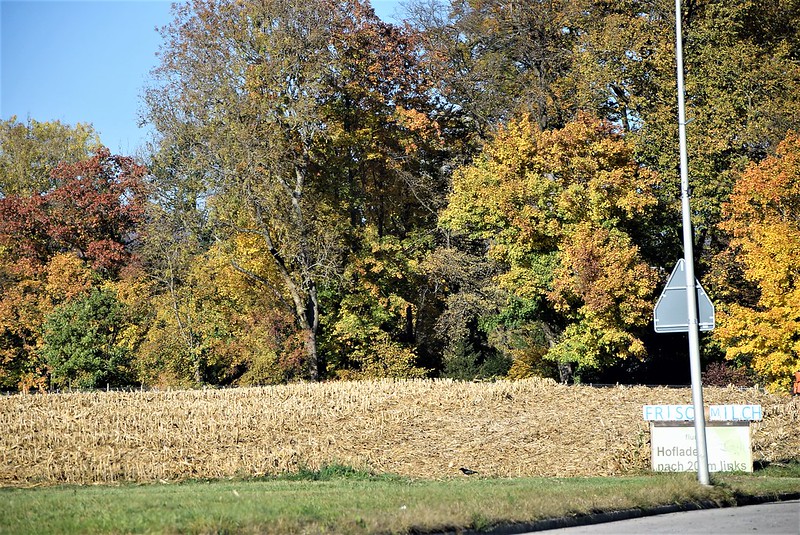 Yes it is Autumn, The leaves are losing their colour and their energy and are dying. The maize in the field was no more, so the farmer decided to decapitate it. Another dead plant – but it is not only Autumn, it is halloween. It might all come alive again on 31st October for a last dance.