Here are the flowers on the apple tree that I planted from a pip 30 years ago in a pot in on my office desk. Since then it has been living in my garden and this year has made a spectacular display of flowers for the first time. Up to now there were a few flowers, but this year the tree is covered with flowers. This is really getting quite exciting.

When I saw this apple blossom on this particular tree, I was so happy, thrilled in fact. It is my second apple tree and this time I planted it from an apple pip. I would have an apple in the office in the morning for my break and I had a potted plant on my desk, so I decided to put a couple of the pips in the pot. After a couple of weeks I already had a baby apple growing. It was quite tiny and weak, but as time passed it got bigger and stronger and so I took it home and planted a couple in my garden. One survived and now we have an apple tree of the Idared variety in the garden 20 years later. Idared is something we usually buy as an imported apple and not one that grows here.

My apple tree began to grow in my garden, but it was at least five years until I saw the first apple blossom which even produced 3-5 apples. Unfortunately the apples were not really strong enough to survive and also not so good. It was an experiment and so I left the tree to do its own thing. We are now many years later. In beetween I got a few weak apples but nothing special and now, this year, my apple tree has decided it is old enough and big enough to keep up with the others. I have so many blossoms on the tree this year as I have never had. from the top to the bottom. Will I now be one of the only producers of Idared apples in Switzerland? Will they survive and will we be able to eat them? This is quite an exciting event for me and my garden.

It’s happening. My apple tree is full of buds. I will be having apples next Autumn, But let us wait and see, it is perhaps a little to early. 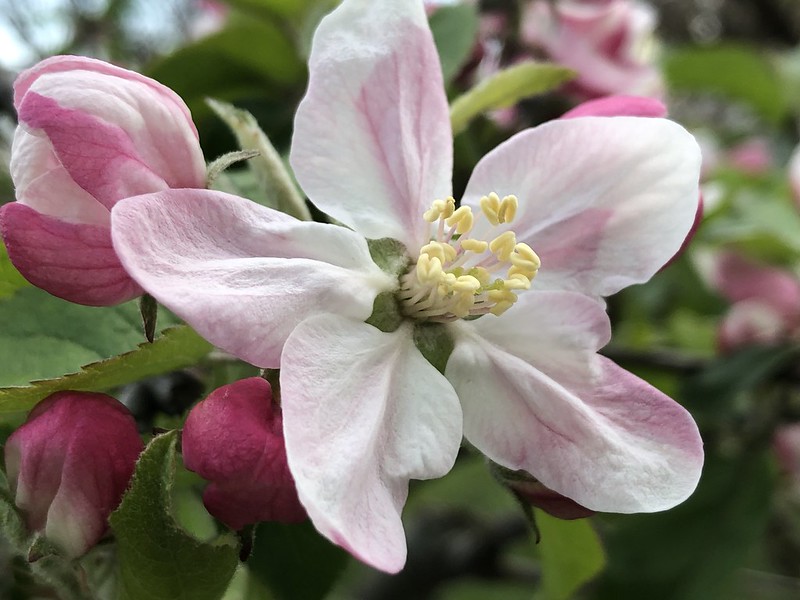 This was the beginning of it all in Spring and yesterday we collected the apples from the tree. No so many this year, but last year was a record year. 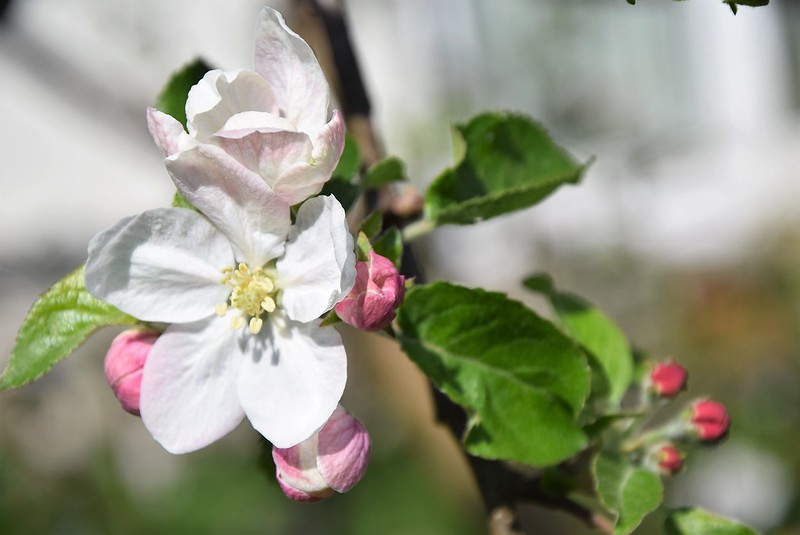 It seems so long ago that my apple tree flowered, but i still have the photos to remember it. 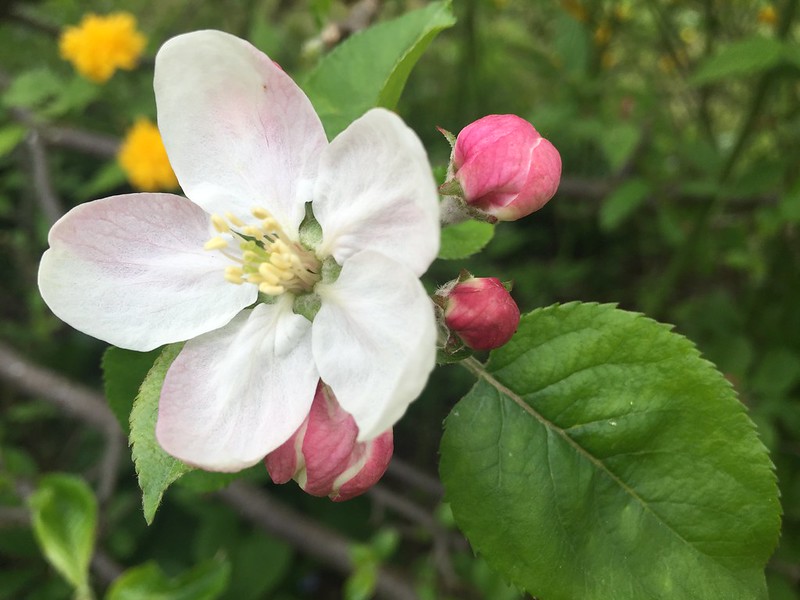 Once upon a time there was a lady (me) that liked to eat an apple (Gala species) for her morning break at work. She had a plant on her desk and there was some space in the earth, so she planted the apple seeds in the pot. One day the apple seeds began to grow. After a year they became too big for the pot and the desk, so she removed them and took them home and planted them in the garden. They continued to grow and 5 years later she had two small apple trees. As she already had an apple tree in the garden, she was sure that when her apple trees had flowers they would be pollinated from the other apple tree and bear apples.

The lady waited many years, about 12, and nothing happened. The trees grew and were  the tallest in the garden, but had no flowers. She was pruning the trees every year. One day the gardener arrived and pruned the trees (this year to be exact) and what happened? Yes, she found one branch on one of the trees with flowers. According to this photo she might even have four apples this year. She remembered her original apple tree that now has at least 100 apples annually and now has hopes that this Gala apple tree, that grew from a seed in a pot on her office desk, might also be as fruitful. My flower of the day/year.