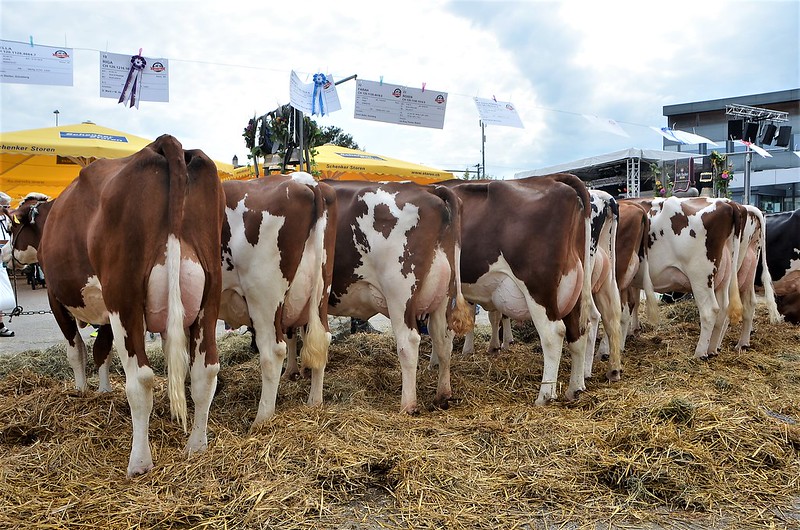 Waiting to be examined by the judges at our local cheese days on the market place. No, it was not a beauty competition for the best udder. 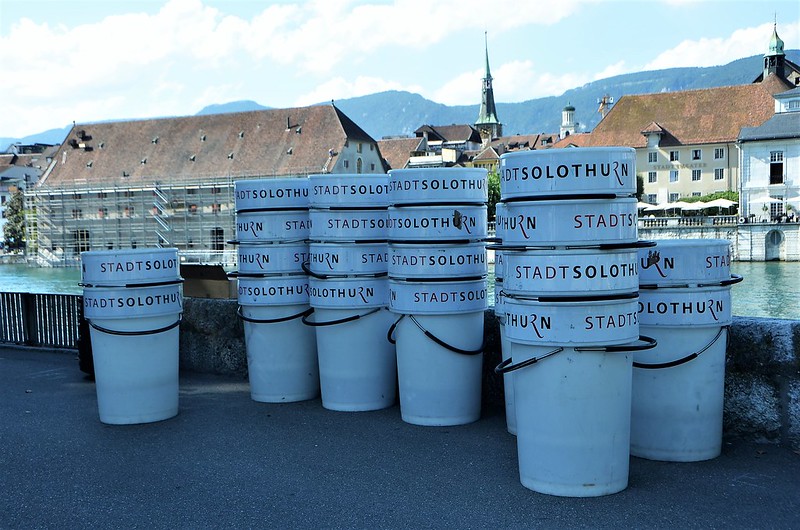 Ready to collect the garbage for the town of Solothurn after the celebrations. 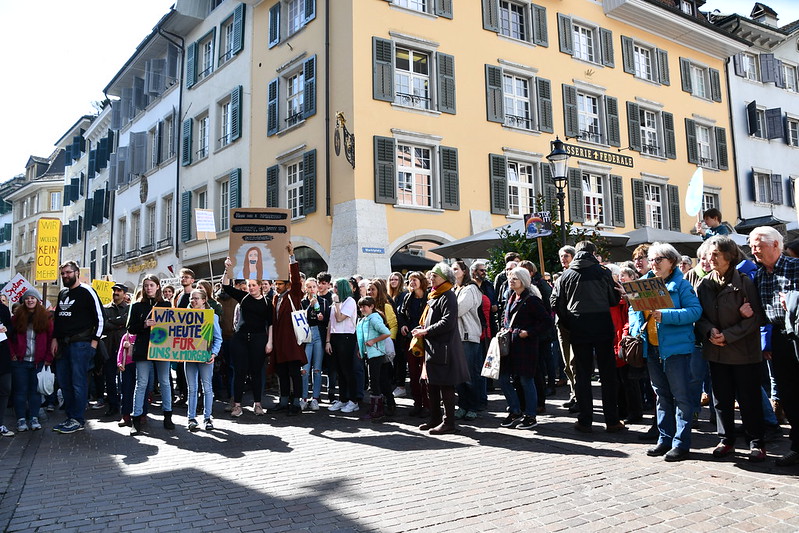 Demonstration for climate protection in the local town of Solothurn.

A classic question, revisited: what are the five items you must have on a deserted island?

It is so classic that not only do you admit you repeated it yourself, but are now repeating it again because it was such fun. Do you really think we love to leave our normal surroundings to live on a desert island surrounded by water, fish, whales, sharks and perhaps a few mysterious U-boots? Ok you want me to go, so I am on my way. 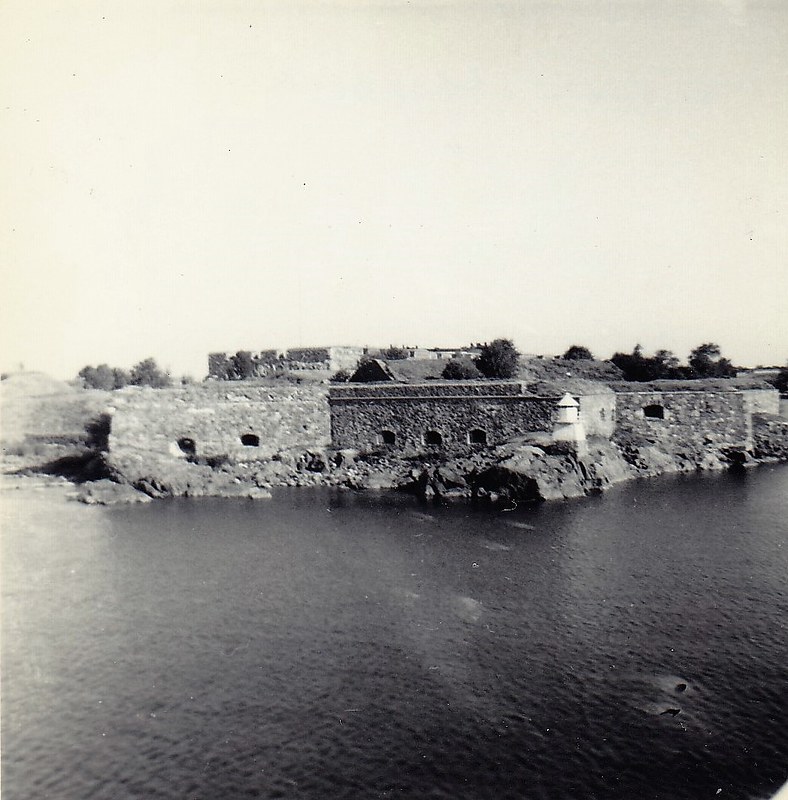 As I was approaching the island I realised that someone had been there before. There were all sorts of reinforcements along the coastline. Were they there to let me out or to stop the others from escaping, as long as they were still alive and not eaten by the natives, there might be canibals there.

Eventually my ship docked and the inhabitants were already waiting for me. The complete island was in monochrome so I had the strong feeling that I was not only being transported to an island, but back in time. 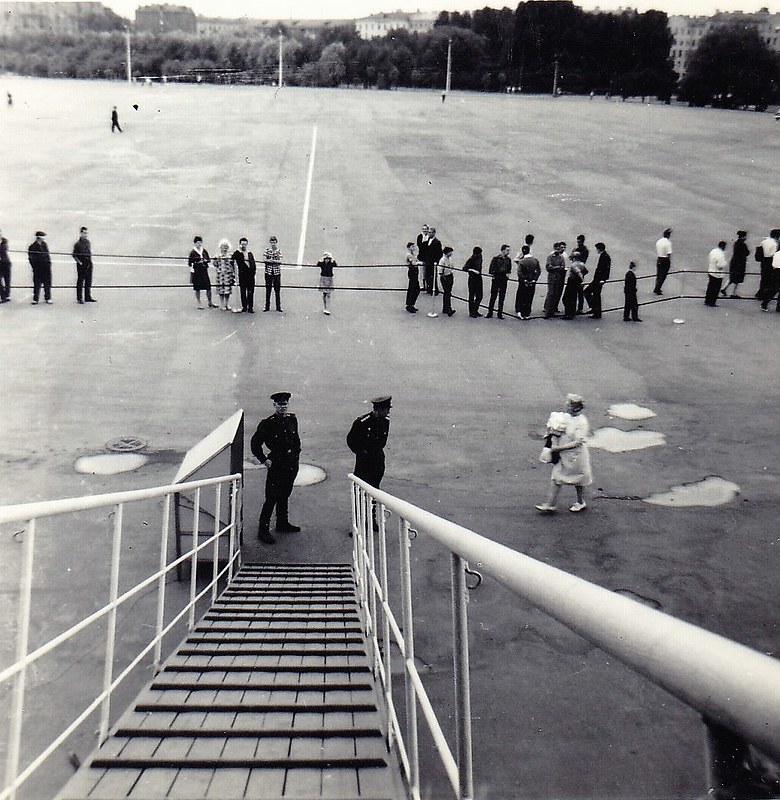 (Photo waiting in Leningrad harbour to leave the ship 1964)

I was searched for any items I was carrying that could spoil the untouched life on the island. I assured the guards that I wanted to enjoy my stay with no luxuries whatsoever, I wanted to get away from it all. They did not believe me and found that my camera, computer and iPad would endanger the quality of life on the island, as well as my Apple watch and so they took them away from me and the inhabitants were returned to their colony which was surrounded  by wire, to prevent any contact with the visitors from the daily prompts. They said they had too many arriving over the last 3 years. and that  entrance was not permitted to their enclosure. Their solution was a helicopter to take me to a neighbouring island where I could be alone, although they warned me that now and again visitors arrived

I boarded the helicopter and we were away. After some time we approached the next island. This looked more friendly and the island was even in colour. I decided this would be more modern and probably the natives were friendlier. Here is a photo of the approach to my island. 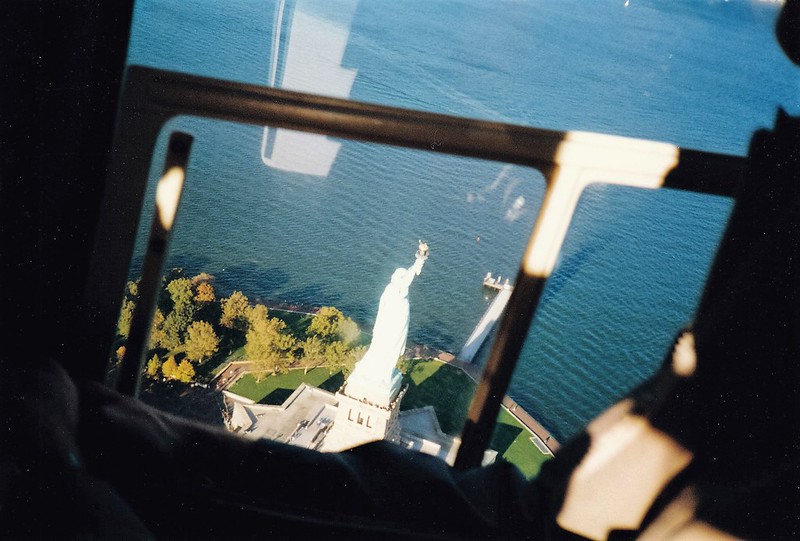 I saw that the statue was a lady holding a torch, which reassured me immediately. At least there would be light at night. The helicopter landed and the friendly pilot gave me a push and wished me luck. It was a very nice island, and not so far from the mainland, although I was told that although the ships visited quite regularly, they were usually quite full and only there for the visitors.

I found this very nice, I would not be so isolated. After some time a ship arrived and swarms of people invaded my island. As I had not taken any provisions with me I searched for food. I was very lucky as there were various garbage cans full of edible goods. My first meal was half a foot long frankfurter, someone had eaten the other half probably. I also found carton boxes with Big Mac remains, although I learnt to avoid those with cheese: cheese remainders tend to go green after a while.

I soon discovered that I could even climb the statue, but had to wait until I was allowed and had to pay for entrance. Luckily I also had my credit card with me, item No. 5. I was living on the island and the tourists had priority. I eventually reached the top of the statue, but decided it was not my thing, far too exhausting. I had quite comfortable accomodation. There was a ticket office for the visitors to the statue which was empty at night, and so I made myself comfortable. Thank goodness I decided to take a sleeping bag with me.

Life was quite enjoyable on this island, but now and again was quite noisy with kids screaming for ice cream parents telling them “no, you cannot visit the lady with the torch, it is too expensive”.

My time soon came to an end. One day the police arrived and arrested some people known as tramps that had been begging for money and food. They included me in their prisoners and so I left the island under a police escort.

I am now back at home, and I must say it was really a nice adventure. The next time they do it again, I want to go to that island where they caught that big ape, what was his name – ah yes, King Kong. I love animal life.

Daily Prompt: 5 Items and a choice of islands