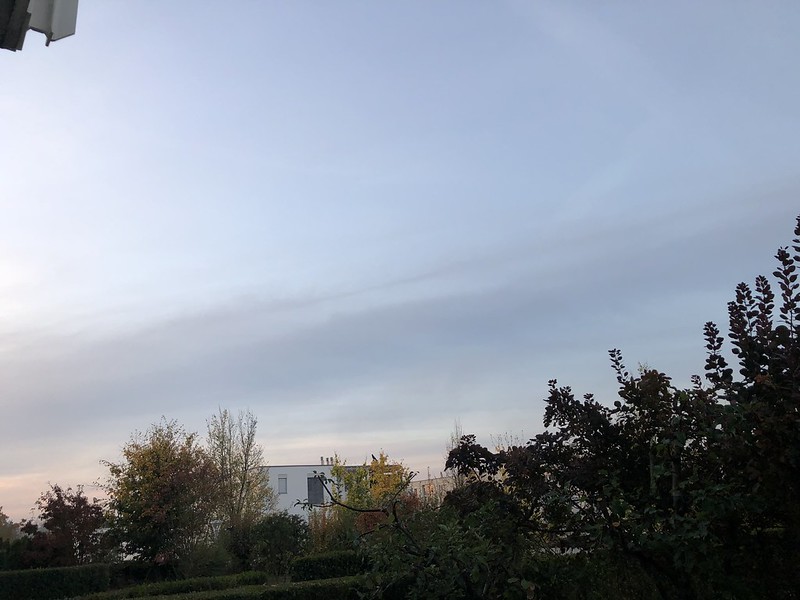 We actually got a sort of sunrise this morning: nothing spectacular but a reddish glow in the East. Now we have brilliant sunshine again and clear blue skies. 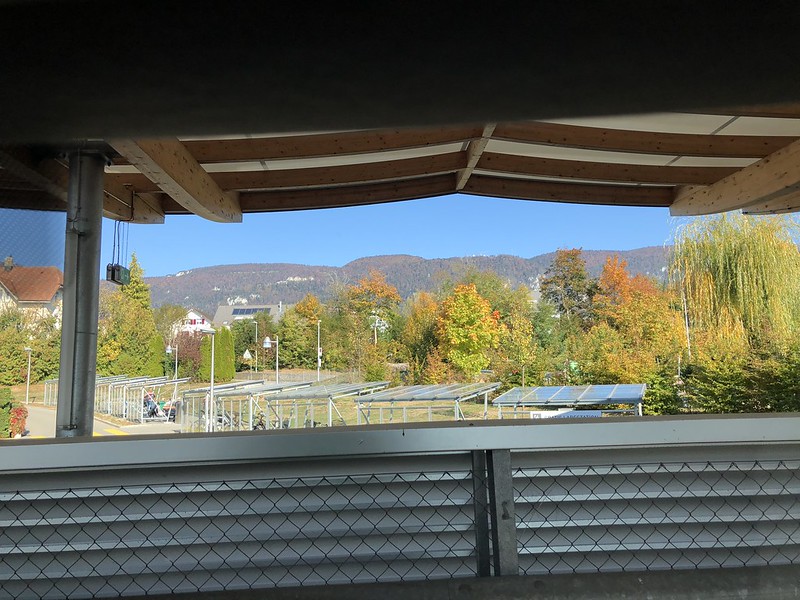 I did not do anything interesting yesterday. It was Monday and I stayed at home in the afternoon. However, the morning was a safari to the supermarket. Whilst Mr. Swiss enjoyed a coffee in the restaurant I occupied myself by shopping. I had no time to spare as my No. 1 son is now working in the afternoon and I had to get home, cook a lunch, and send him off.  Being a multi tasking housewife, I even got this quest fulfilled including a few conversations with the butcher and the salesladies. What an exciting life I lead. However, I did manage a photo from the parking deck at the supermarket. Autumn has reached the area. It is a little higher than where we live, so a little later in arriving. In the background you can see the Jura mountains. 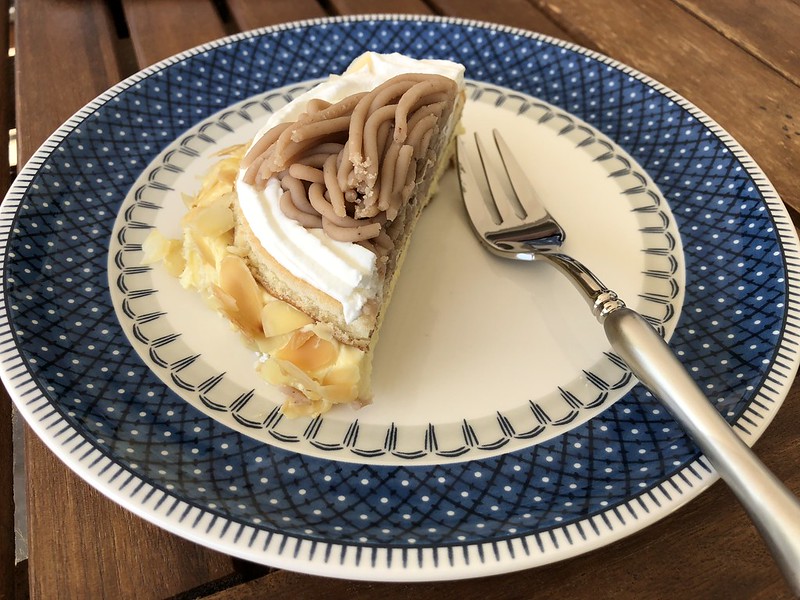 I treated myself to a something sweet for the afternoon. It is a so-called vermicelles tart. The brown spaghetti stuff is sweet and made from a chestnut puree. I bought it as a desert for Mr. Swiss and I in the afternoon, but he reminded me he does not like vermicelles. All the better for me, I ate the other half in the evening. 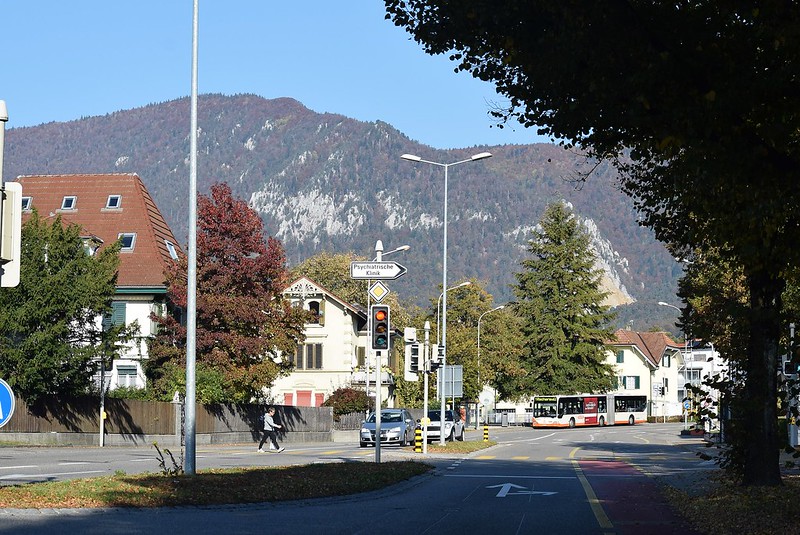 I don’t have any fantastic photos of our surroundings today, and must compensate with a view of the road leading to the supermarket.

I am a bit late this morning, it was just one of those mornings that seem to be upside down. I had to rush to get finished in the shower and a few other things as it is cleaning lady day. I eventually was ready and the doorbell rang, but only once. I expected to see our cleaning lady, but there was a man, not exactly in a suit, but well dressed. He came to see about our light which was not working. In the meanwhile it was fixed by my son and Mr. Swiss but Mr. Swiss had organised that the guy would come along to discuss the general installation of the electricity. In the meanwhile Mr. Swiss was on the way to get a few things in the supermarket.

Today we all have a mobile phone, at least we do. I called him and as he was not too far he said he would quickly return home again. Then the cleaning lady arrived. It was all a bit upside down. I had to keep the electric man happy until Mr. Swiss arrived, but our cleaning lady had no problem and began to clean in the shower.

And now I must go. Mr. Swiss is back home and my son is  no longer hugging the bed, so I can clean his window.

See you around, enjoy the day or night. I will leave you with some Autumn trees in the meanwhile. 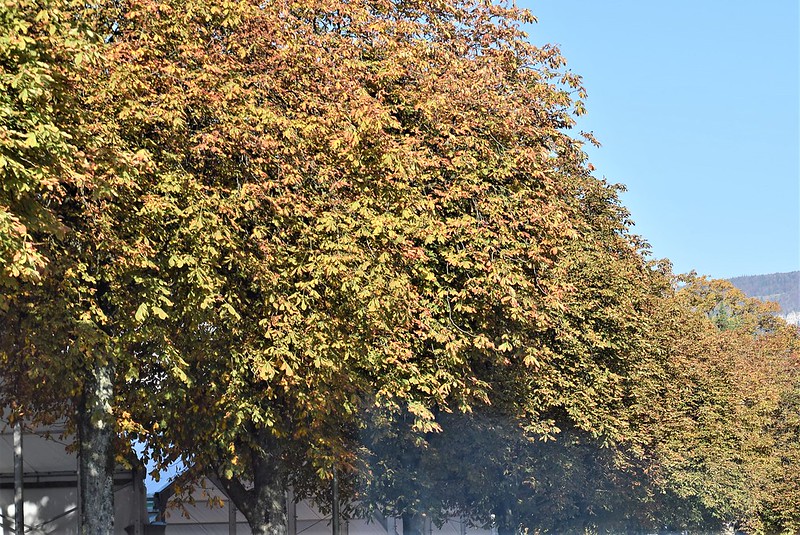