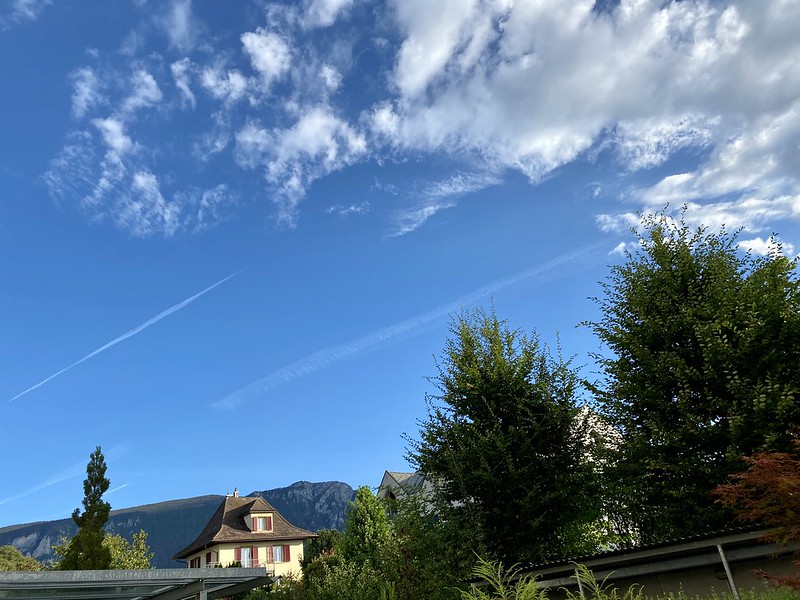 Nothing seems to  be working as it should this morning. I had a new update on a programme that I never use on my Apple computer, called garage band. Now who needs a garage band. Anyhow I have it so as a true computer friend decided to do it. It naturally slowed everything down including my photo apps. It has been going for an hour and now it is at last finished. However, what’s the rush, I have all day with no particular appointments on my calendar, except for a visit to the store this afternoon.

As you may know or may not know, I now have my very own scooter with all the trimmings. The guy brought it yesterday morning and so I had another juggling act to perform: cook dinner, look after my cleaning woman, and deal with the usual daily chores and this until 11.00 a.m. when he arrived punctually as always. He is a very nice guy and is almost becoming a family friend as he is now responsible for not only my scooter but that also of Mr. Swiss who has the same model. They are both powered by battery and I have an attachment on mine to hang my walker on the back, which will be very useful when shopping.

It might seem strange that we both need such assistance but Mr. Swiss has back problems and can no longer walk so well and I have MS. These things appear in golden oldie years and you just have to accept them. Anyhow I spent the afternoon reading through the manual of instructions. I was really planning on a maiden voyage on my scooter yesterday. I knew how it works through practice with Mr. Swiss scooter, but I just wanted to take a journey. However, the heavens decided to open at the  beginning of the afternoon, complete with thunder and a thorough downpour so that was that, no journey. I could have gone an hour later, but something else cropped up,

I had a delivery from the postman of my special vacuuming device for freezing goods in vacuumed plastic. Another manual to read and I discovered that you have to be an expert to understand the whole thing. There were so many warnings about getting burned and starting a fire as well as electrocution that I decided no. The explanations were not very good and I managed to seal the plastic bag, but the vacuuming device was not working. Eventually I gave up and decided that it was nothing except expenses, and now this piece of helpful nothing is in the cellar and I will continue to let my meat be vacuumed by the butcher at the store. Eventually I was too stressed out and tired to even look at the computer, so yesterday was a day of silence online from my side.

However I do have a few photos from my last visit to town on Monday, probably the last visit I will be making in my electric wheelchair. This is our main Swiss Reform church. They stick to the basics, nothing ornate, but it also has it charm.

I now have a scooter and wheelchair, and spoilt for choice. However it is always good to have a backup – you never know. My wheelchair has a new battery. In the meanwhile I asked the guy how the situation was with the old battery, and he said he had tested it and it was really only bringing out 30% power, meaning it was on its last legs.  I am now fully powered and ready to go.

We also had a musician in town. It was interesting to see a harp player for a change and it was not too bad. The harp itself was a good subject for a photo.  I took the photo with my zoom lens as I do not like to get too close to the musicians, although they should be glad for the publicity I am giving them. It is a shame I cannot let you hear the music.

I also wheeled past the main town book store. It has been here since I can remember, and also in the memories of Mr. Swiss who grew up here. It really has everything and in my pre Kindle days I would order all my books here and they had them within a couple days. Afterwards I ordered online and now I just read Kindle, although at the moment, with the exception of a reality account of the english spy Guy Burgess and his leaving England for Russia, I am reading nothing special and I do not even have enough time for that.  I should really read more.

And so I eventually left town, casting a last glimpse upwards to the tower on our cathedral. We really have a town full of  churches and spires.

Have a great day everyone, make the most of it and avoid you know who floating in the air, so keep your distance and wear a mask if your country tells you so. I do not understand this coronus virus. One day, Monday, we “only” had 65 new cases in the complete country and yesterday we were up to 165 again. No-one talks about the Swiss statistics on the international news, we probably have too few. I only hear about Britain, Germany, France, Italy and Spain to mention just a few. We are probably not so interesting.