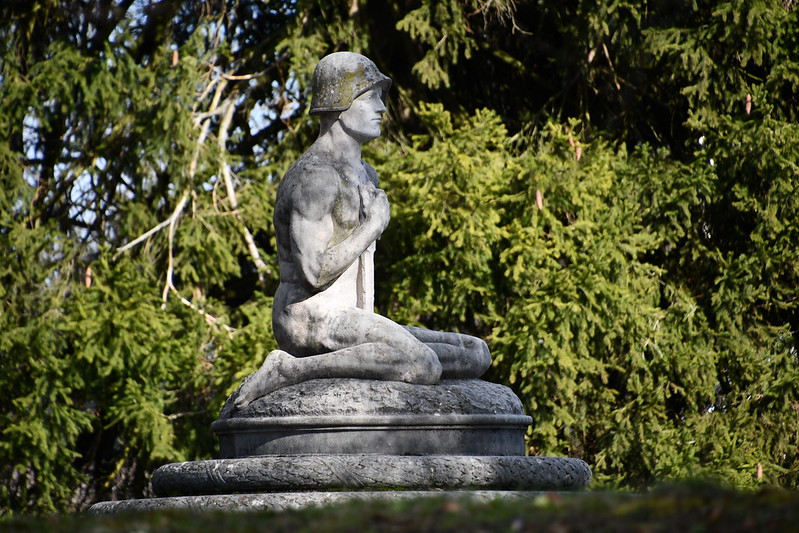 We have a war memorial in our town in the corner of the museum park. Switzerland is known as a neutral country and does not partake in wars, but we have soldiers. In wartime they were engaged in guarding the borders to stop anyone entering or leaving. There is a story that circulates in our area of the American soldier that was shot down in his plane and saved himself by parachute. He landed in a field and was confronted by a guy in uniform. He immediately surrendered thinking he had landed in Germany and would be taken prisoner-of-war. Luckily it was only the local Swiss postman so no arrests were made. The postman was quite surprised of course.

However we did have our soldiers and still have a full time army (3 weeks a year for each able bodied man). And so our brave soldier sits naked on a stone with just a sword for protection and a helmet. I do not know who had the idea for this sculpture, but it is certainly something completely different. We just do not do heroes here.

4 thoughts on “FOWC with Fandango: Epic”