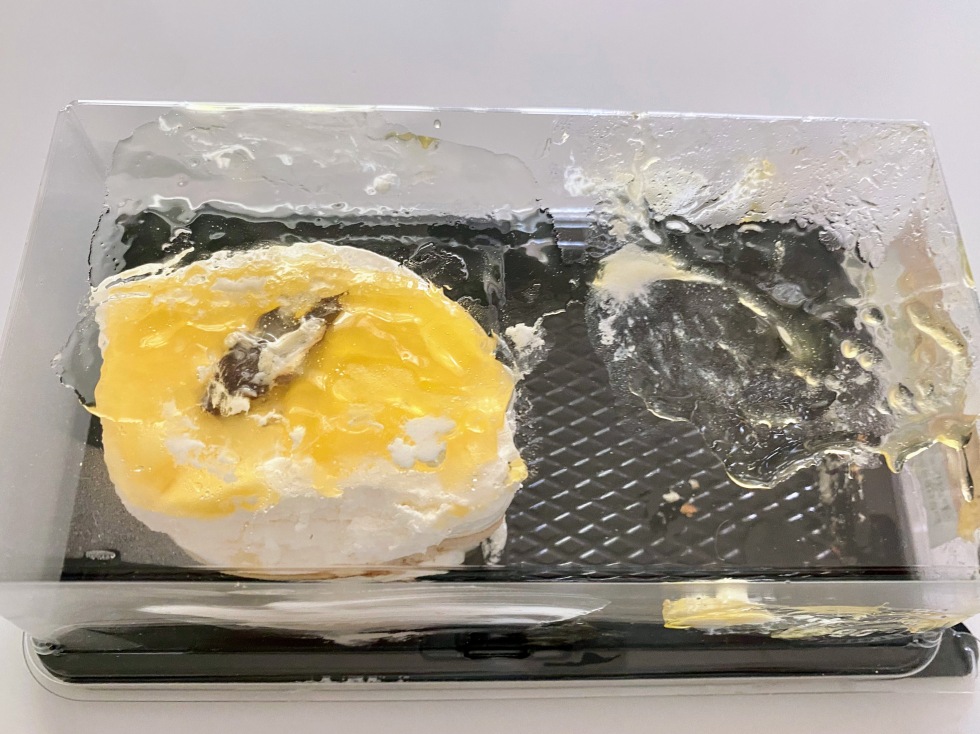 We do like something sweet in the afternoon. Mr. Swiss was saying how much he misses the lemon cakes that I used to get in the large supermarket when I still had a car. Our local store does not have them usually, but I saw in my online information that there is a special offer this week for lemon cakes, a bit different to the ones I used to buy, but even better: layers of  cake with cream in between and all topped up with a yellow lemon syrup and even a little piece of chocolate on the top.

So I went on my quest this afternoon and yes, they were there. Unfortunately I had other samples of food to buy. Being in a wheelchair it can get a bit complicated so I load one bag and deposit it near the cash desk and then I begin to fill the second bag. It is all a matter of logistics eventually. When I get to the cash till I have to move two bags onto the desk. Generally no problem, but in the effort of lifting and organisation the box containing the two cakes tipped over and the photo is the product. My lemon cakes became two cake dollops.

I managed to reconstruct one of them for Mr. Swiss and I have eaten mine in the meanwhile. I do not think Mr. Swiss minds so much, he was sitting in the dentists chair for more than an hour this afternoon having a tooth reconstructed. He said he will eat it later. Perhaps I should liquify it for him, although dollops are quite soft to bite.