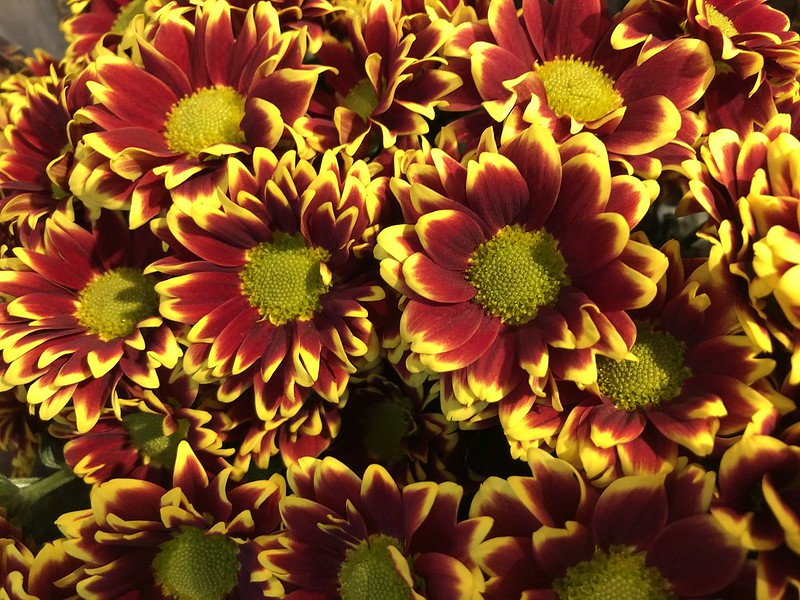 A nice colourful bunch, where are my sun glasses?

There is always something vis à vis, no matter where you are. Here I am sitting on the porch with my computer and being stared at by three plants: my kalanchoe, a schlumbergera (Christmas cactus) and the daughter of schlumbergera which is doing its best to imitate its mother on the left. 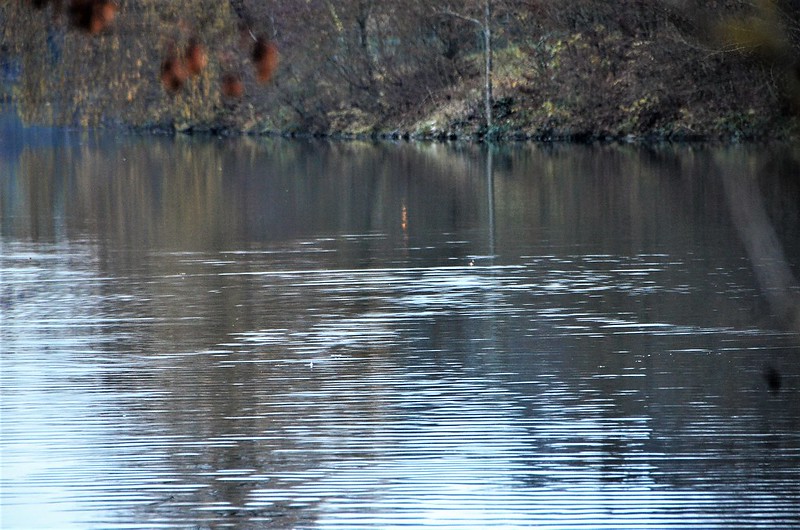 If you throw a stone in our local river Aare
It makes a ripple, no ripples
They spread and eventually there is a river
full of ripples
But these ripples were already there
I threw no stone
The river did it all by itself 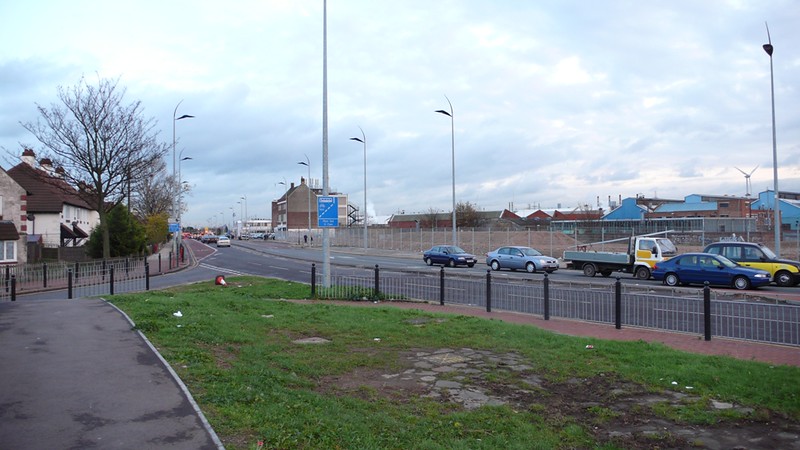 Here we have Ripple Road in Dagenham
The only thing rippling here is the traffic
You can see the Ford car factory opposite
with its wind turbines
And further on the other side
There is the River thames flowing
which also probably has many ripples. 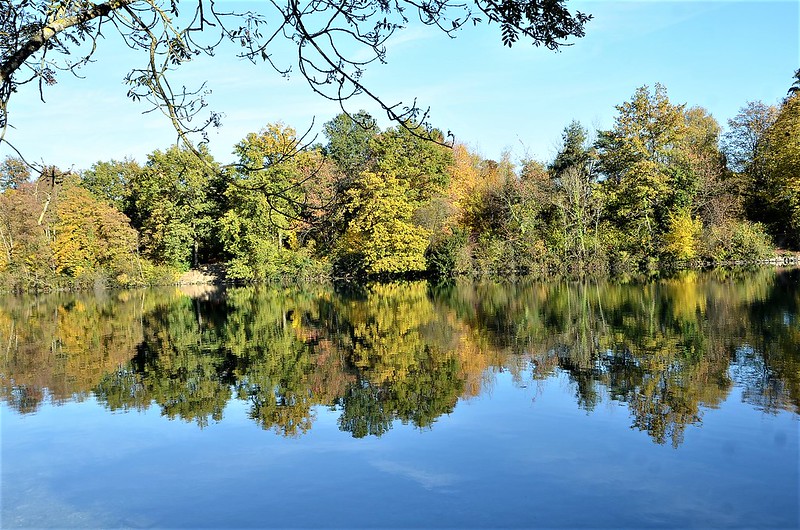 What could  be more serene than the river and its still reflections.

At last a blue cloudless sky and a sun to enhance it all.  I think today is some sort of June solstice and we get the full blast of the sun due to the earth having a tilt in the right place. Ok, I am no expert, but it could be the longest day. Anyhow it looks like a good one.

Yesterday I did not get a good chance of taking photos as I accompanied Mr. Swiss on his maiden voyage on the scooter into town. It went very well, with me leading the way in my wheelchair. His scooter is a little more speedier than my wheelchair, so I had to keep up the tempo. I remember my first journey into town, but once you had overcome the first time, it becomes quite normal. He has a visit to the dentist due and now he can use the scooter to get to town and park it near bye. It would only be a short walk using his stick for support. I might go with him. I cannot enter the dentist with my wheelchair, but can have a drink in a nearby restaurant whilst waiting.

To compensate for my photo drought, I took a few this morning in the garden and things are certainly progressing. My bed of coreopsis and gaura are showing their flowers.

The coreopsis flower through until Autumn

and so do the gaura, increasing the length of their stalks on the way.

I have just discovered that this is not really a thistle, but known as eryngium or sea holly. It is a perennial (thank goodness) and is often grown as an ornamental plant.  I am glad it decided to make its home in my garden as it is something a little different to the others.

My sweet pea has also started to flower. It seems that by cutting the flowers and putting them in a vase they would not only look good but it would encourage the plant to produce more flowers throughout the growing season. I will try it out.

Sundays are really days of rest, except for the cooking part of the fun, but I have a veal ragout today so once it is cooking I can forget it until lunch time. This afternoon I might go for a wheelie with Mr. Swiss, although not so far. I did not upload my battery yesterday although it is still good for an hour or two. Apparently it is not so good for the battery in the wheelchair to keep it completely charged. The battery in Mr. Swiss scooter seems to have more power than mine. I am actually thinking about getting myself a scooter. I will try Mr. Swiss scooter to see how it works. It would not be so good for shopping as it would probably be too big for some stores, but for touring around it would be quite useful.

Since giving up my car, expenses are a lot less and I even got money returned from the insurance as I had paid for this year, but after  four months I returned my car. As a golden oldie I really want to make the most of the time I have.

Have a good day everyone, make the most of your Sunday if possible. I saw some interesting cloud formations  yesterday as I was wheeling home.