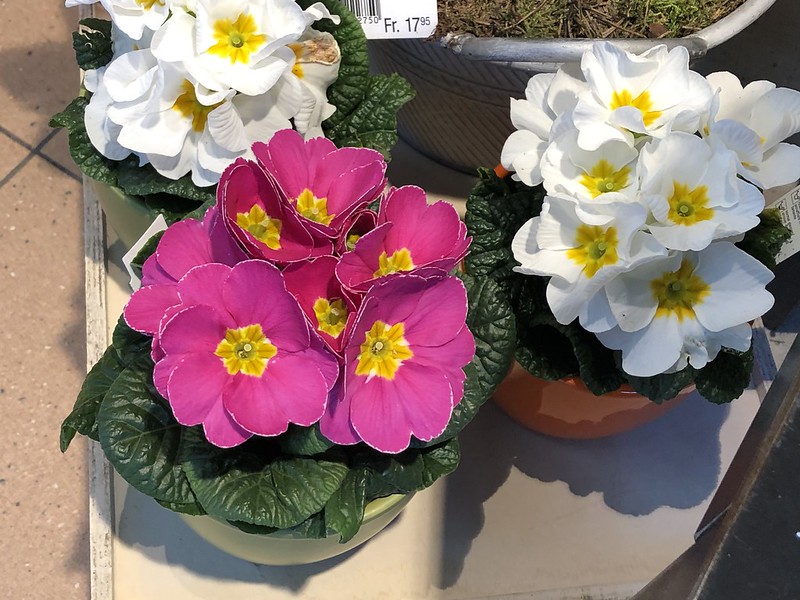 Let’s go back to early Spring when the first flowers arrived. 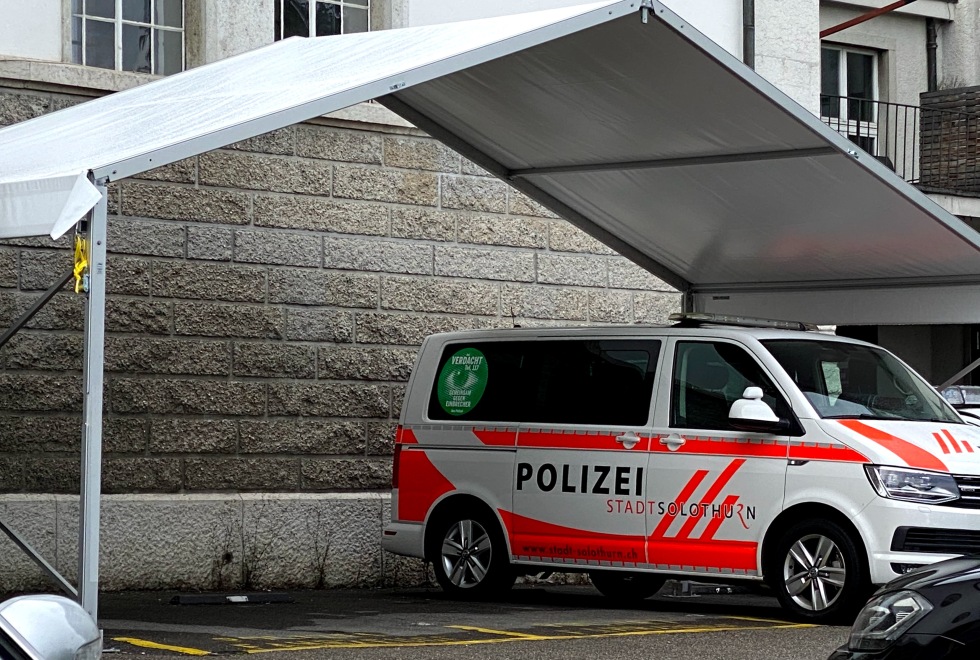 What did I see this afternoon as I wheeled past the local police station? They have constructed a roof to keep their cars nice and dry if it rains. I wonder what it cost.

On my way home this afternoon it had stopped raining at last. Wheeling in a chair is not such fun when it is raining. The problem is when you pick up speed the wind blows my hood off and my hair gets wet. Must remember to wear a base ball cap the next time.

I realised something today. Since being carless my life has become more an open air life. I am out and about in my chair. Although it might rain now and again, I survive and I see some wonderful sights on my way. As the rain stopped the clouds began to withdraw from our local mountain chain. Nature can be so wonderful with its actions and I cherish all of them.

This is where they burn the garbage and unwanted objects in a neighbouring village. We are assured that it is clean smoke coming out of the chimneys. It is built on the opposite bank of our local River Aare. 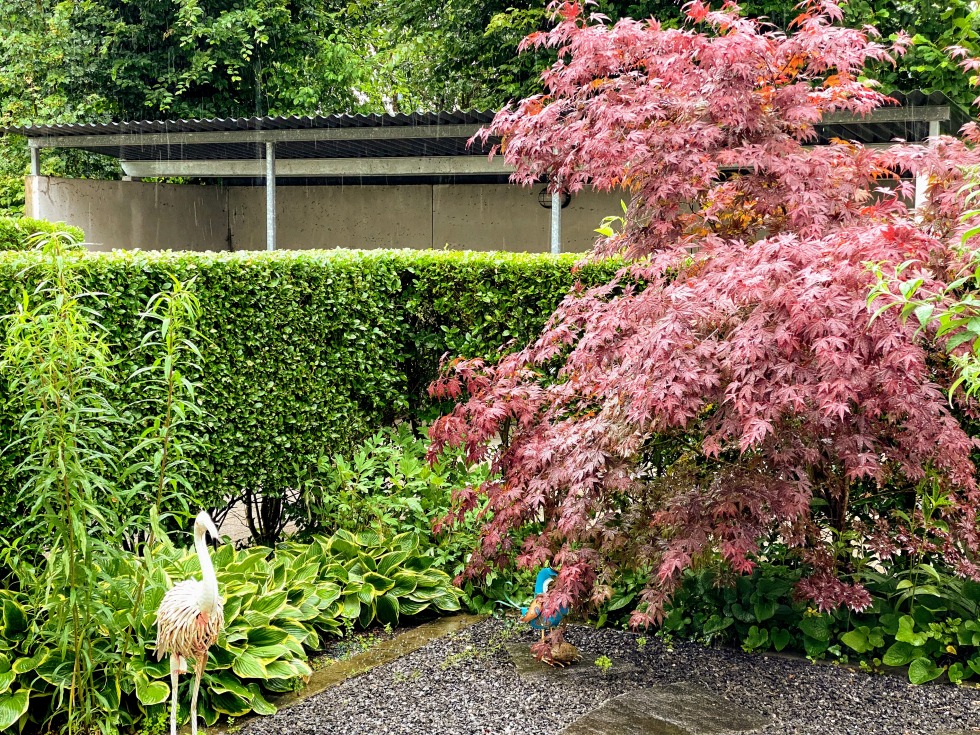 It rained all night and is still raining this morning, so everything is wet. It does not bother me so much in the morning as I do not go anywhere, but I am hoping it will stop by this afternoon when I have to go to the store.

Yesterday was a pleasant day and I went for a wheelie in the neighbourhood. Actually I was accompanying Mr. Swiss in his scooter, but took the opportunity to take a few photos on the way. 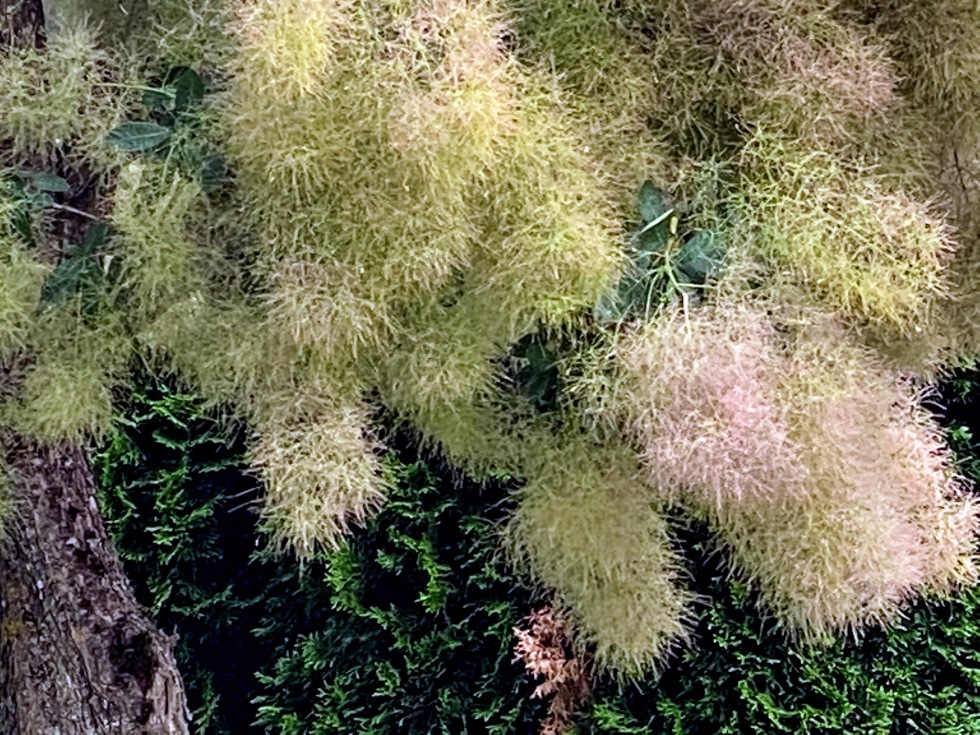 I was particularly pleased to see this European smoke tree. They have such spectacular brushes on the twigs after flowering. I also have one in my garden, but it is one of the more compact flowering varieties. They have such nice dark red leaves throughout the summer. 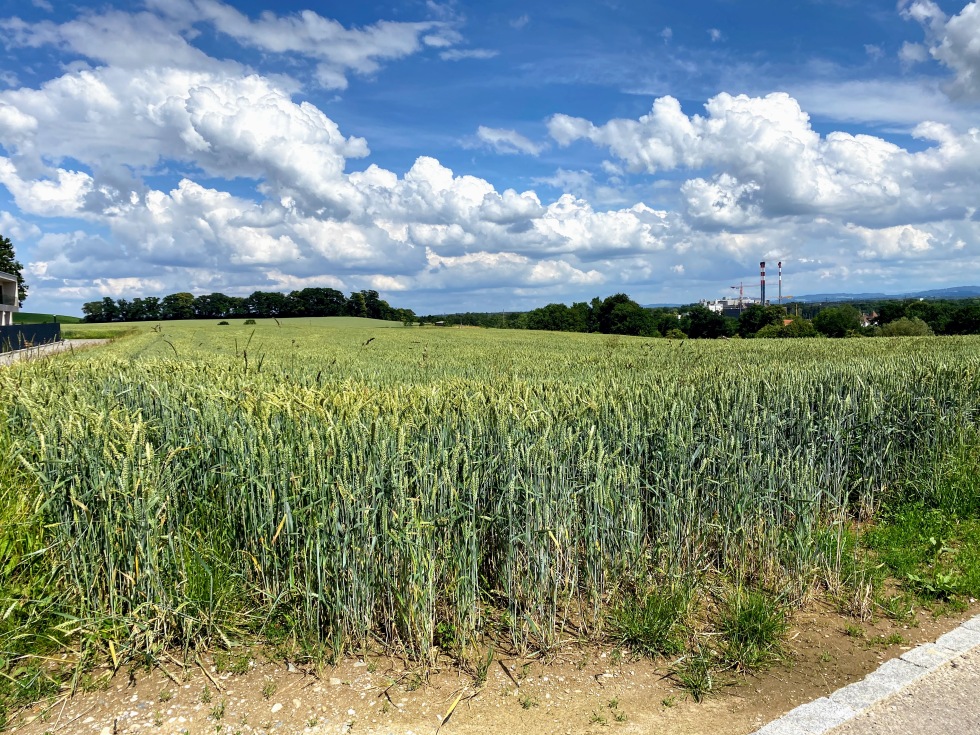 The crops are also now quite high in the field and in a month it will probably be  the first harvest, if not sooner. Growing up in the town of London I had no big idea about agriculture, but since living here out in the country, I realise it is a rhythm of life and I enjoy it very much. 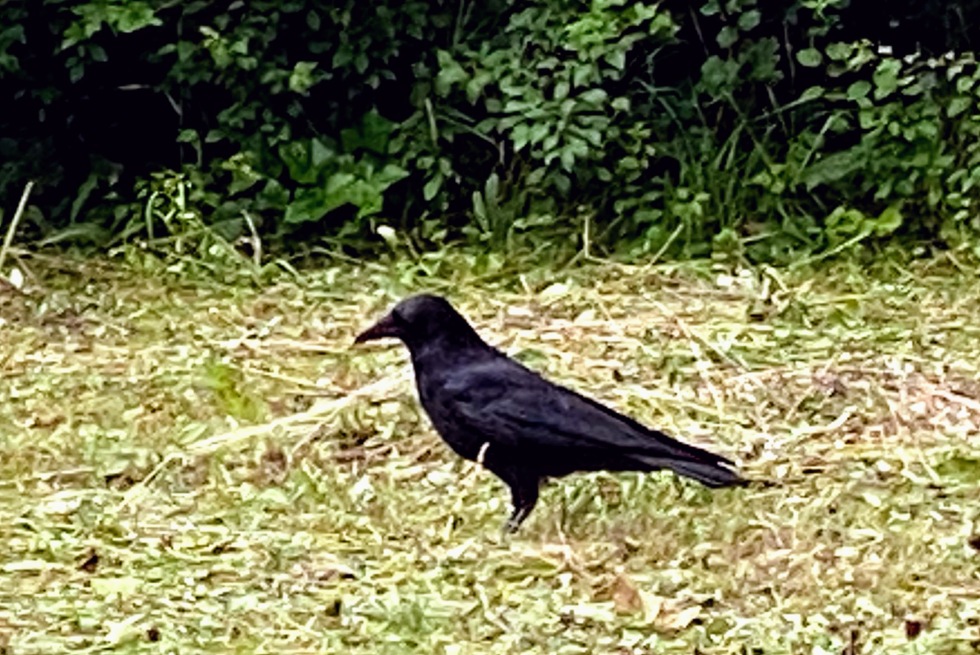 I even managed to get a shot at a crow yesterday. They are now hopping around since the wild meadow had been mowed down to see what they can find amongst the remainders. I see quite a lot of crows during the winter when I feed the birds, but now they are busy doing their own thing and probably bringing up the kids.

It seems the Brits have discovered a plain and simple medicine, a steroid, which is helpful against the negative effects of coronavirus, although mainly for the bad cases of patients on machines.  Of course this is very positive and will definitely save lives. It seems to be a general outbreak of euphoric feelings at the moment almost claiming a cure has been found. The advantage would be that this medicine is available for all and quite reasonable in price, but it is not the cure we are all waiting for. Cases in Switzerland remain at a minimum with an average of approximately 20 new patients daily. When will this all end? I have often a strange feeling that various countries are staging a competition to find who gets the cure first and afterwards are patting themselves on the back for it.

And as Mr. Swiss wheels on his way across the countryside, I will move on my way throughout the apartment, cleaning here and there.