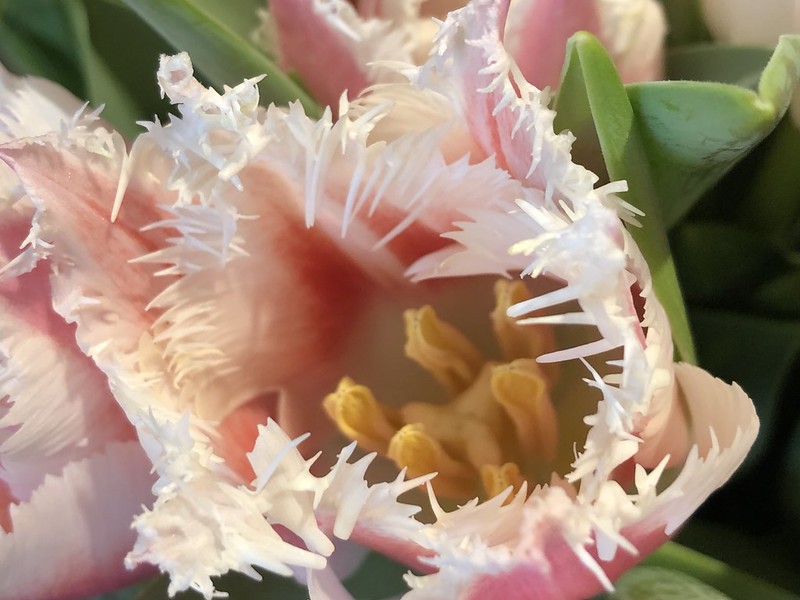 And quite a spiky tulip

It seems that this stork family decided to alienate themselves from all the others. It is the second year that there is a stork nest on the chimney of our concert hall. Of course we locals love to see them up on their high perch. There is simply a little disagreement with the town authorities as when winter arrives they have to remove a ton of nest material to be able to use the chimney again. 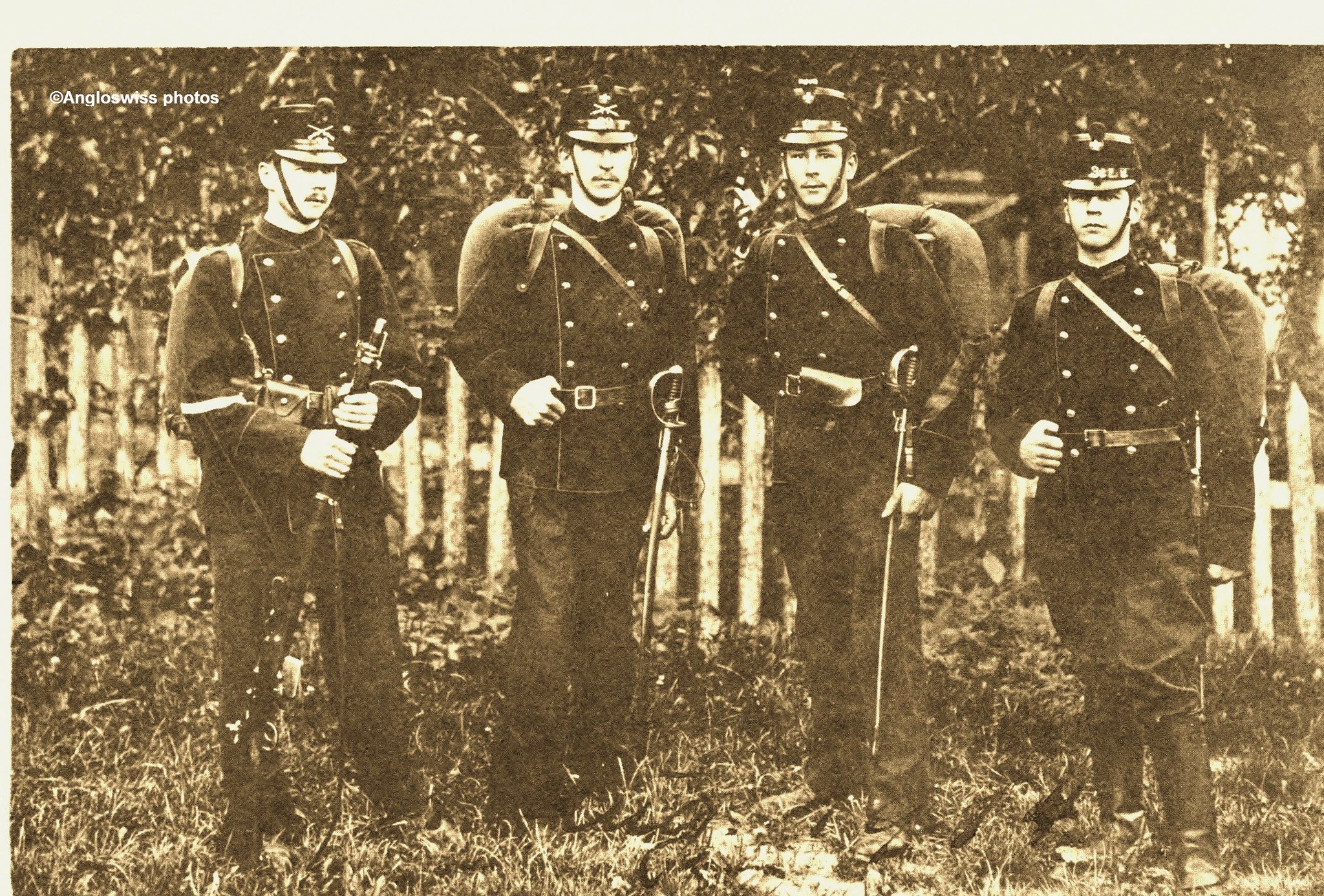 Not my uncles, but Mr. Swiss great uncles. The photo was taken on 1st August 1914 which was the evening  before the borders were guarded by the Swiss troops. Switzerland was neutral in both the 1st and 2nd war, but they still had the duty to defend their borders from invaders. I don’t know whether they ever used their sables to fight, but they look quite good on the photo.

On the left is my husband’s great grandfather and the others are his brothers. 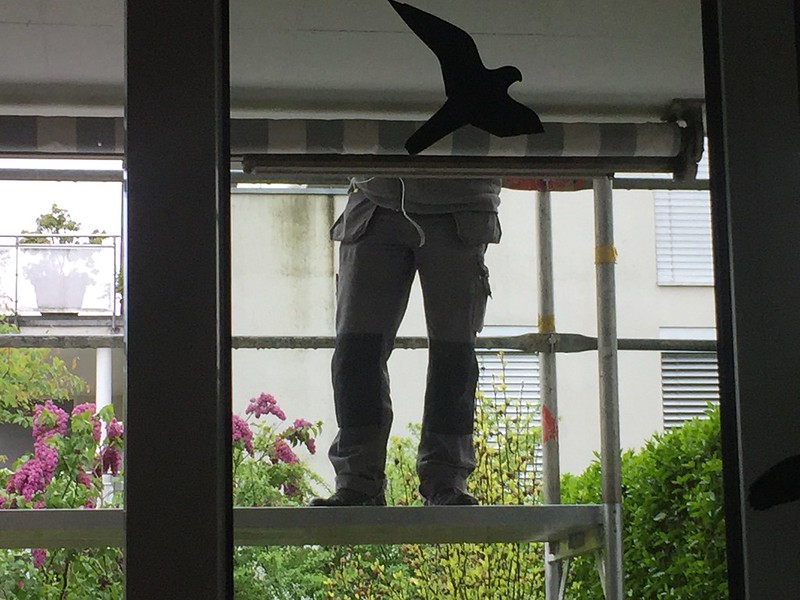 Just half of a body

June Photo a Day Challenge: 12. Half

Same place, same time and same old sun saying good morning to me. At last our religious interrupting holidays are over, that is except for 15th August which is Assumption Day which this year falls on a Saturday, but I will cross that bridge when I come to it. Thanks to me logistical planning, today I only have a short trip to the store and then finished until Monday afternoon. No. 2 son is visiting tomorrow with family so I might not be around too much, although he usually leaves late afternoon as they have an almost 2 hour journey to get home again on the Swiss borders of Germany in Schaffhausen.

Yesterday afternoon we went for a pleasure trip in the local area. The first outing together for a long while. Mr. Swiss said I should take the lead in my wheelchair and he would following in his newly acquired scooter. He decided he wanted to visit the cemetery. Since being more homebound it was a little too far for him to walk, even with his cane or walker. It is only five minutes away and he wanted to visit his mother’s grave.

He parked his scooter and whilst I took a few photos he wandered off to the grave with the aid of his cane. The weather was nice and warm and it really made a change for both of us to go somewhere together again.  Afterwards he decided to wheel on home and I took a trip up to the local castle which was quite near.

One of the cow pastures was quite near amongst the apple trees and the cows were even relaxing at a safe distance from each other.

I am sure they were enjoying the sunny afternoon.

I also saw a horse at the stables enjoying the afternoon weather. They have yet again moved the chicken run on wheels to a place that is too rocky for my wheelchair to arrive comfortably, so no chicken photo for a while. I will have to see if the original chicken house is still there, but yesterday was more a scooter practice for Mr. Swiss.  He is still a bit nervous, but I told him there is no need. He can only ride the pedestrian paths and at a top speed of 10 kilometres an hour (which he never reaches really) there is absolutely a minimum of danger. I suppose after wheeling around after two years I do have more practice. Otherwise we had a good day together with no stress.

The day lilies were now flowering at the local cemetery. I had not been there for some time as I too have a different routine being carless, and am now more in town for shopping purposes and do not have many opportunities for pleasure trips with the camera. I am still developing my new routine, but hope to have more time at the week-end.

And now to move on. I have a pile of ironing to do from the bed linen I washed and also the normal clean up and dust down, although I leave the dusting to Mr. Swiss. At the moment he is  busy emptying a few waste paper baskets.

This corona thing is especially annoying in Switzerland at the moment. I would like to say that we now have no cases appearing here, but everyday there are a few more to spoil it all. Everyone keeps talking about the second wave, which has not yet arrived.

Another thing which disturbs me a little, although probably I have no right to be disturbed by it, is the removal of various statues due to the people on them that were apparently causes of slavery. I must admit that today this is really something very negative and I completely understand the feelings against it, the reason being fully correct. I grew up in an England where Sir Francis Drake as an example, was a feature of our history books and one of the discoverers of the 16th centuary. Now 500 years later he is to be removed. I just feel that we are a little late with discovering the mistake made by making him a celebrated and popular figure. Perhaps I am just a little old fashioned and set in my ways. I just think that in the 16th century the world was a smaller place and discovering other countries and nations must have been comparable to a visit to another planet. It was also strange and threatening.

So enough of my stupid idea of politics, and to deal with todays problems. I live in a small world and will now attend to my own four walls.