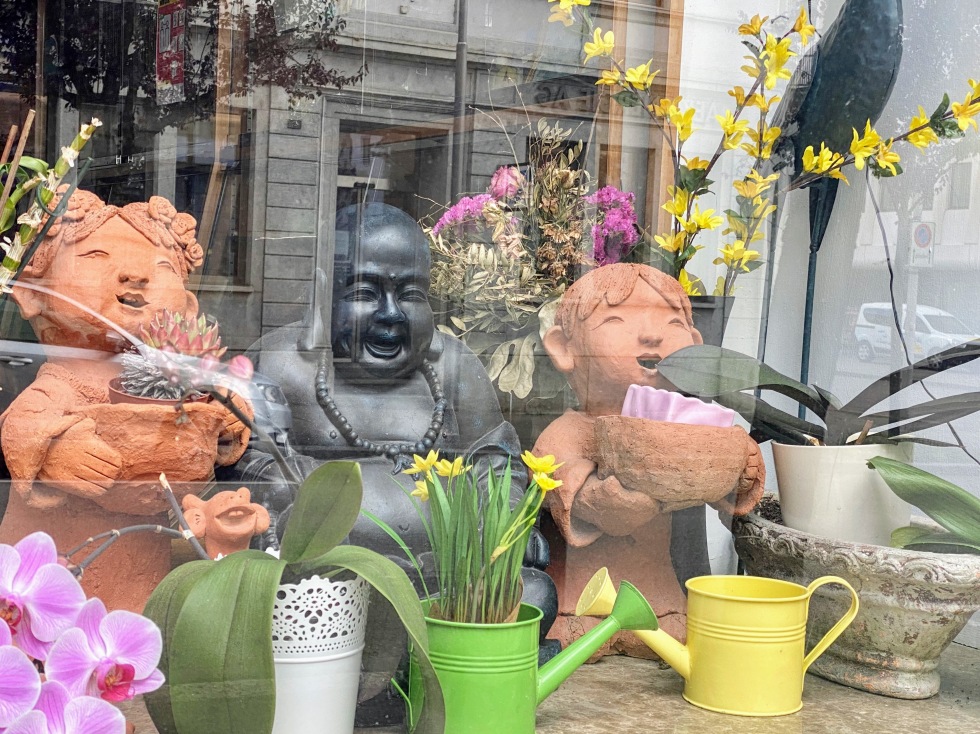 You just have to adapt, although I am not sure about this mixed bunch of figures I saw in a restaurant window, but they were all smiling at me.

I was on a shopping tour today, but almost full of disappointments. The meat I wanted for Saturday lunch, they only have on Friday, meaning another trip to town on Friday afternoon, although I don’t really mind. I quite enjoy my life at the moment. My dull routine of driving to the supermarket is over, I still drive, but a wheelchair and I see so much on the way, like these figures in the restaurant window.

So I did not get my meat, but shifted on to the cheese and discovered that they had no cheddar cheese today which I needed for Friday lunch to make a cauliflower cheese dish with the meat. As an alternative (again) I chose gruyère which is similar in taste. I was eventually finished in the store and wheeled on home through town, taking a few photos on the way and generally enjoying being amongst people.

I has also bought a spicy ham in the store which said it would be ideal eaten with a melon. I had forgot to buy a melon, but again I used my gift of versatility. On the way home I pass the other store nearer to home and decided to see if they might have a melon. They had three sorts to choose from. I also had a quick look in the cheese selection and yes, they had cheddar.  This extra little tour only took about five minutes of my time and now have everything I need – until Friday.  I might not be mobile in body, but my brain still often does overtime.