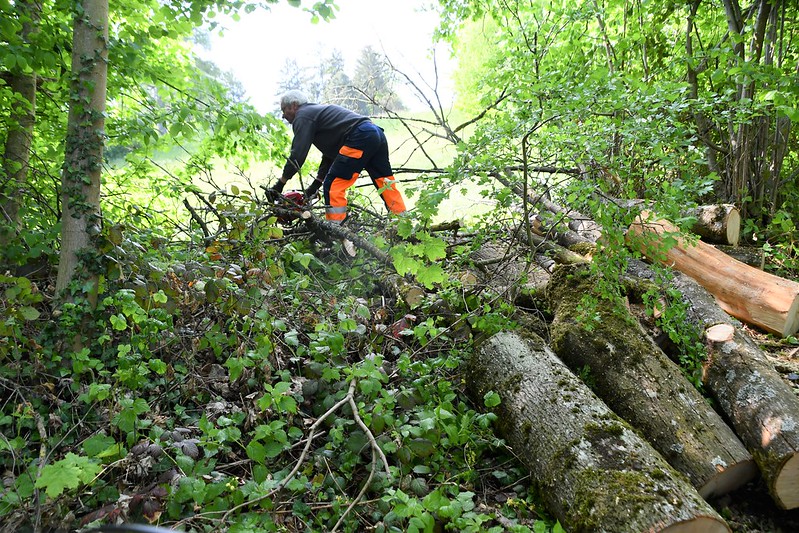 When you walk the same path often, you get to know the trees. It is only when they are no longer there, you realise that something is missing. I stumbled upon this guy as he was sawing the tree into pieces. This was almost a year ago, and the remains of the tree are still laying in the same place. 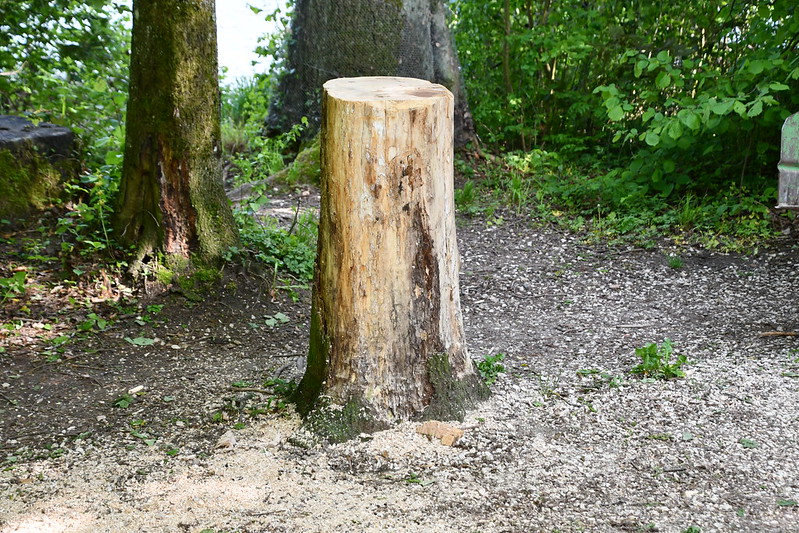 The remaining trunk of the tree is also still there, but now just dead wood. The guy that cut the tree down told me that it had died which was why he was removing it. It had even lost its remaining bark. Every time I now take a walk along the path I think of the tree that is no longer there.