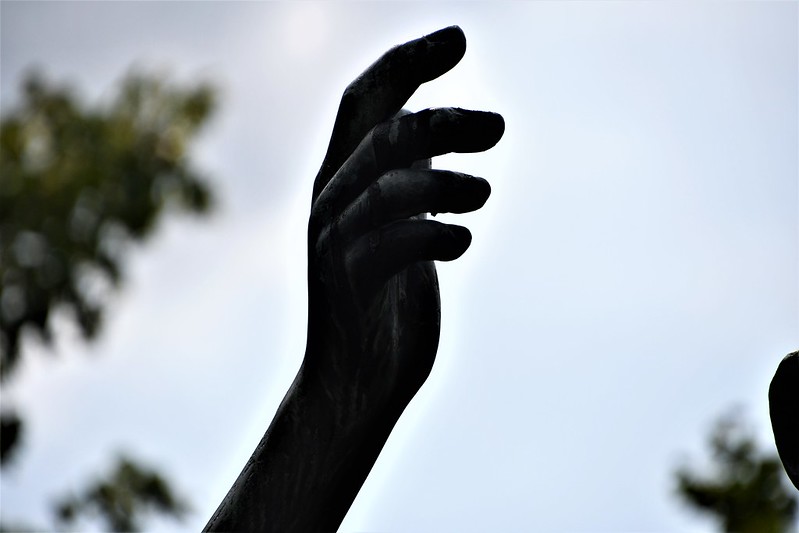 Part of a statue outside our local high school 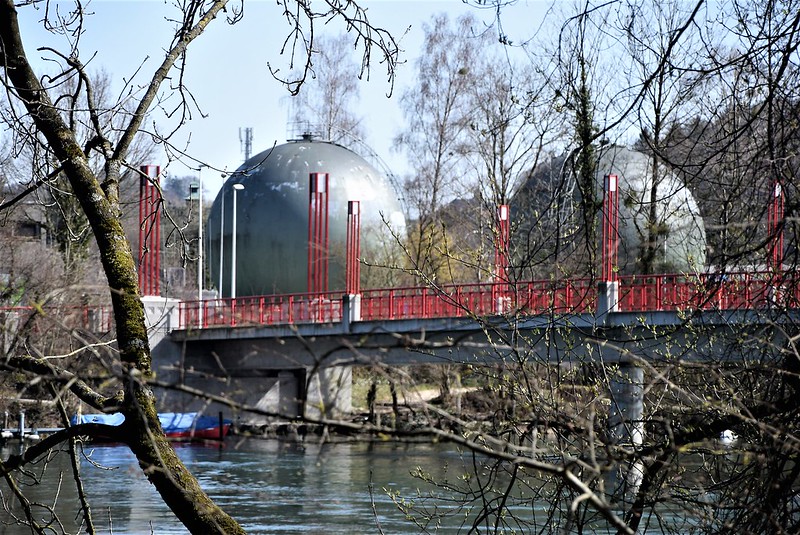 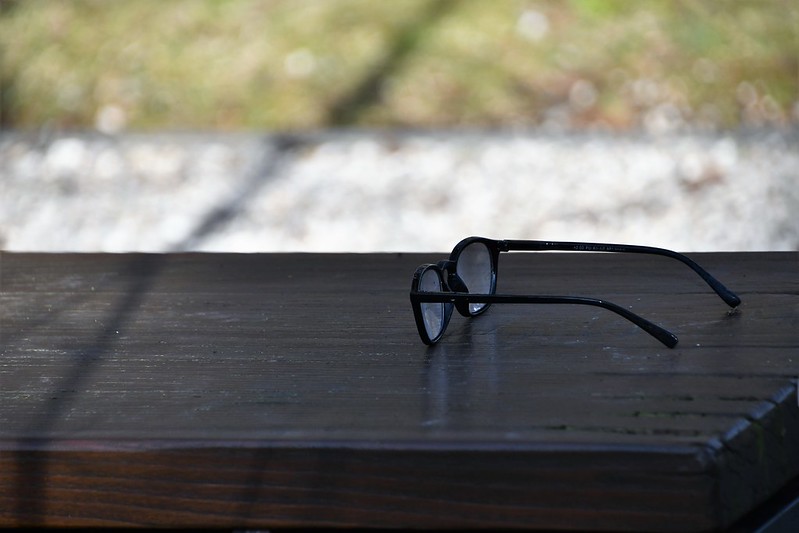 Someone forgot their glasses 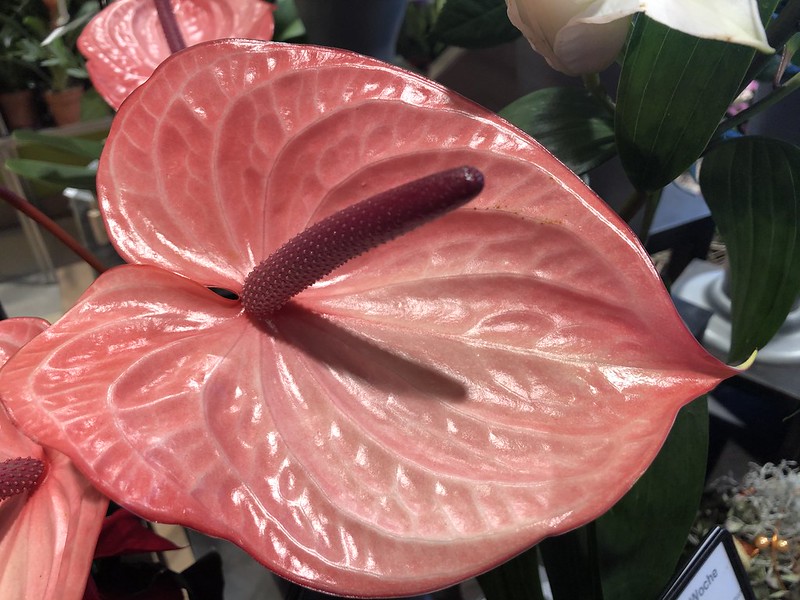 Almost as if it was made of wax 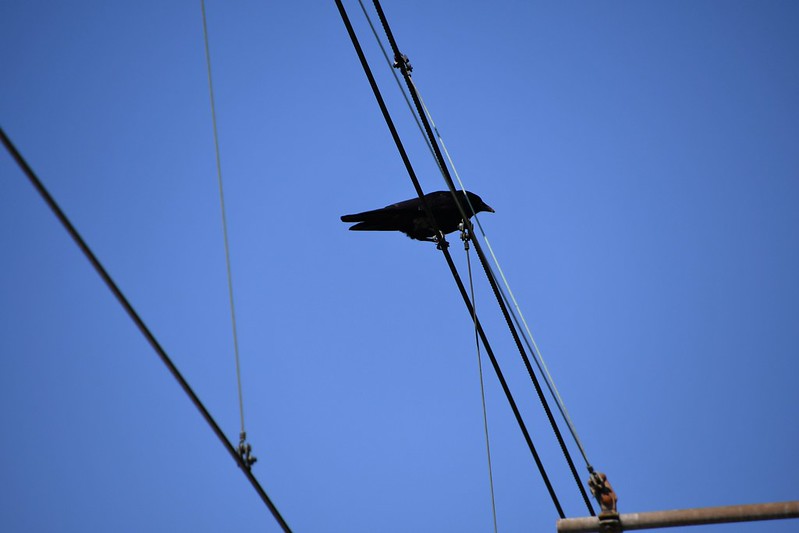 Today at 11.50 all the telephones in Switzerland were silent. Well almost all, if you do not include the bottom third of Switzerland on the map. They still had communications, but Maria in Lugano could not get through to Hans in Zürich as only Maria’s telephone in the south was working and Hans in the north had complete silence.

Of course I thought my telephone was kaput, my wonderful mobile iPhone that is my connection to life. I called Mr. Swiss who was sitting in the same room as myself, but nothing, not a silly little ringing tone. My telephone has the chimes of Big Ben in London, his is just the old fashioned ringing tone. There was no sound from my phone or that of Mr. Swiss. Both were dead, completely. We switched on the radio to hear the news. Perhaps there would be a mention of the dead telephone network in Switzerland, but we only had half an hour of the condition of the corona virus. Perhaps someone had breathed into their phone and all phones were now infected.

Eventually I began to examine internet and found the cause of the misery. Once again the Swiss telephone system had a breakdown, the fourth in this year, and the experts were searching for the cause. Was it a road system being newly built, could it be that one of our many crows had taken a wrong turning on an overhead telephone wire, or did someone pull out the plug.

I awoke from my midday sleep and my first action was to try to call Mr. Swiss who was now in the living room, three rooms away from the bedroom. I heard his telephone ringing. We were saved, it was functioning again at 3.00 p.m.

We can isolate, keep a safe distance from anything human and wash your hands every hour of the day, but without a telephone you are lost.

I know it isn’t an innuendo, although I was hurling a few profanities at the people working for the Swiss telephone system.

I have been living since 20 years in our little village in Switzerland. I remember the apartment block(s) being built 22 years ago. Mr. Swiss and I were then quite active and young and would often take a walk in the area wondering how the building site would eventually develop where it was originally fields with some cows grazing.

One day we decided to buy something of our own, and after a few looks in the area we decided to move to our village. It is the next village to the town where we had been living, out in the green and was quite interesting from the local income tax point of view, having some people such as layers and doctors living there.

One wonderful advantage in Switzerland is that planning permission must be given before building anything, so you were sure not to buy something where later a factory would be built next to it.

Spaces had to be left in between the apartment blocks and small gardens were allowed on the ground floor apartments, such as ours. A wonderful idea was that the spaces in between were not left to stretches of lawn, but it was decided to have a natural meadow. The seeds were sown and we were surrounded by dandelions, some poppies, various grasses and reeds with some attractive flowering bushes and trees planted in between as the plants grew.

I have my little garden with some herbs and flowers, including even some roses that I planted and an apple tree, but the beauty of the bordering meadow during the summer surpasses it all. Daises and clover grow side by side until the second week of June. Then they have finished with blooms and the seeds have been scattered and the mowing machine arrives to remove it all, which is afterwards dried and used as hay to feed the animals during the Winter months.  For a while we are left with stalk remains, but the were still roots resting in the earth. When the end of August arrives the ground is again covered with growth promising that the wild flowers will return again, and indeed they do. In Spring of the following year the wild meadow has again claimed its ground. I love my meadow and to watch it develop and grow every year and watch the blooms unfold.

As you can see the sun is a little higher in the sky this morning.That is because It is almost midday instead of early in the morning. My wonderful cleaning lady is here so I have a somewhat different timetable. She has been busy in my bathroom, kitchen and shower and I have polished up all my front windows. Now the place is sparkling fresh and ready to get dirty again.

Yesterday was a real adventure for me. I wrote a little about it yesterday afternoon, so do not want to repeat too much, but I embarked on my first carless journey to the local store. It is not far and by electric wheelchair takes 5-10 minutes. Everything went fine. This store is never too crowded there is plenty of space to manoever and I found everything that I needed. I even got help from the assistant with a 6 1-1/2 liter bottle pack of Pepsi. I filled a large bag as well, and did not have to carry it home. The store tells a company called Collectors to bring it home to me. About after an hour of being home a guy called with it all, so what could be better.

I even have time after the shopping to do a little photography on the way home. The local road train was coming towards me. If it is bad weather, I can always hop on to it to the store, just two stops away. At the moment I am enjoying the good sunny weather and no more car stress on the road. I am really glad I made this decision.

I saw this wonderful wild flowers on my way home from the store. Internet tells me they are called knapweed, but even weeds have their charm.

When I arrived home I realised I had saved time.  This afternoon I have planned a visit to the store in town, about ten minutes away, but I just want to have a look around to see what they have on offer. I can also have my collectors team advised from this store to bring the goods home afterwards. I now have an annual subscription for them meaning I can always use their service as a shopping carrier.

I must now move on as my cleaning lady is finished and I have a few last touches to my dinner. 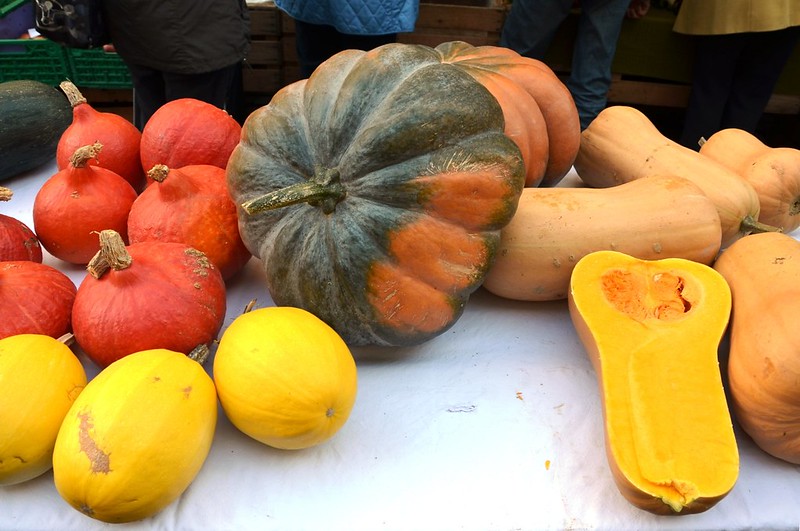 Here are the many colours shapes and sizes of a squash vegetable.

May Photo a Day Challenge: 26. Contrast