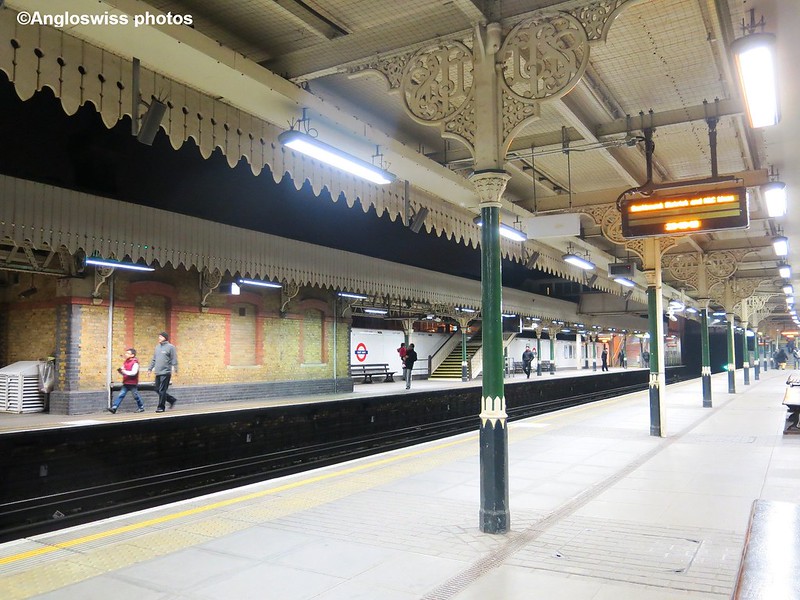 Platforms were the areas bordering on the railway lines. I took this photo on a visit to London when I was waiting for the train to arrive. Growing up in London I knew the underground railway almost by memory, knowing where to change trains. Mr. Swiss was not so sure when he accompanied me to London, and would just follow me.

A problem with the London underground system was that with the years the trains were streamlined in size, but the platforms remained, leaving a space between mounting the train when it arrived. It was easy to put a foot wrong when approaching the train, especially if it was the so-called rush hour, when people were packed liked sardines in the train carriages.

I assume this was the reason why we had the loudspeaker announcement when the train arrived at the station and stopped for the embarking crowds.

“Mind the Gap” became the signature theme of the London underground.

I found this short film which brings back a few memories of the London Underground for me.

2 thoughts on “FOWC with Fandango: Platform”