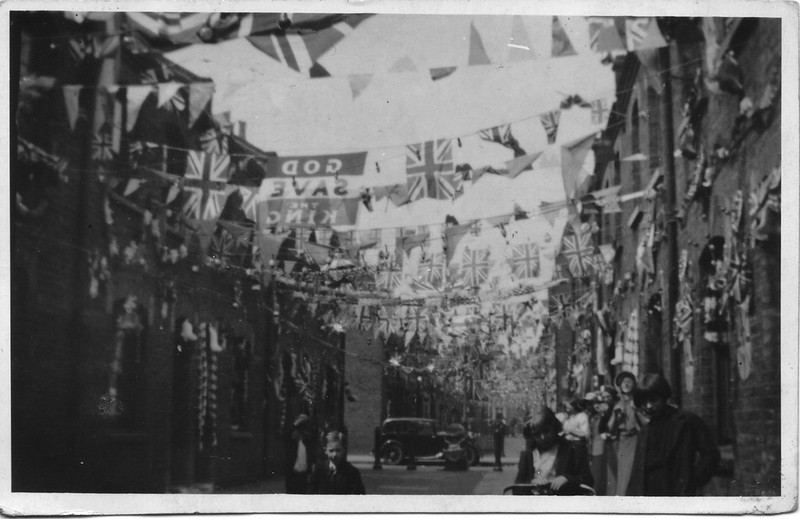 It was 75 years ago when they celebrated VE day in the London Streets. They hung bunting to celebrate. Bunting was the name used at that time for the colourful decorations. I grew up with this photo and many more. Mum had taken the pictures at the time. It was a little street in East London, Bethnal Green, Norah Street. It was the street where I grew up and looked just as it does in this photo. The street was built in 1884 according to a plaque on the wall and survived two world wars.  Eventually it was demolished some time in the seventies, but my mum captured many memories of the VE Day celebrating the end of the war. 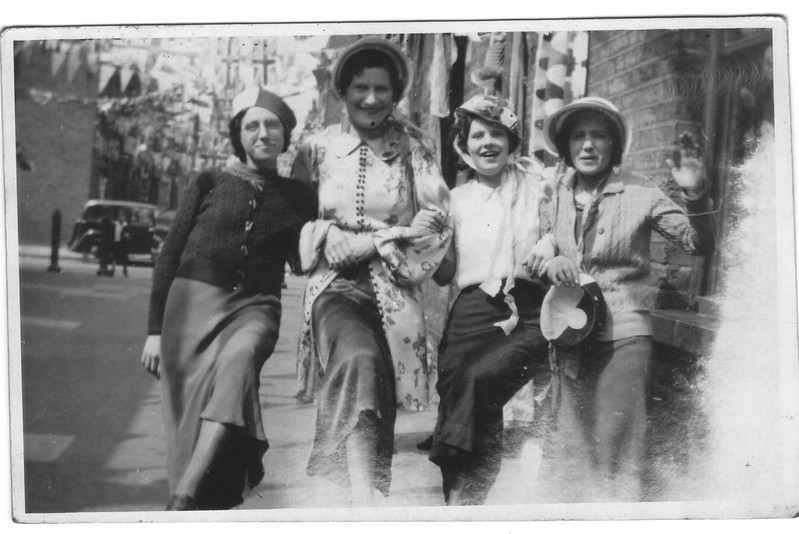 And here she is celebrating with a cockney “Knees Up Muvver Brown” dance with the neighbours.  Mum is second from the left and the other three ladies were the next door neighbours. I knew them all: a mother and her three daughters. The mother is not on the photo. One of the daughters got married and afterwards lived on the first floor of the next door house. The other two remained unmarried and were still living in the house next door with their mother as I was growing up. 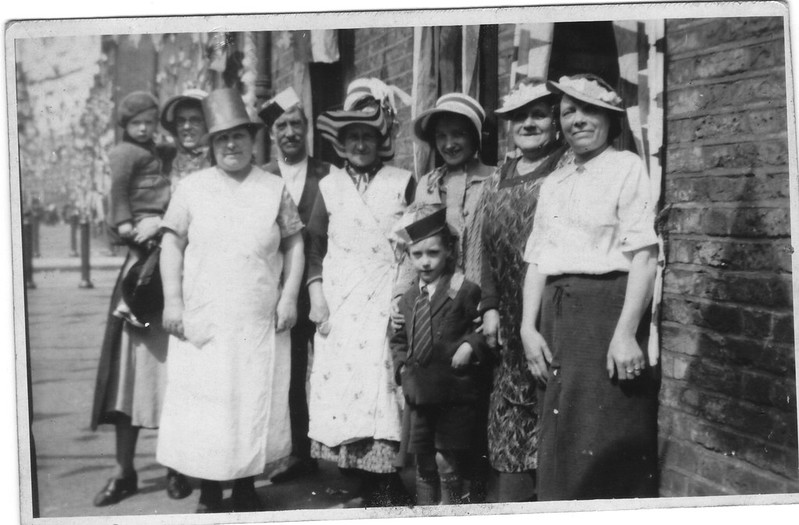 The others in the photo are various neighbours.

I am so glad that I still have these photos. They are old, taken with a Brownie box camera, in 1945, on the day the second world war ended. 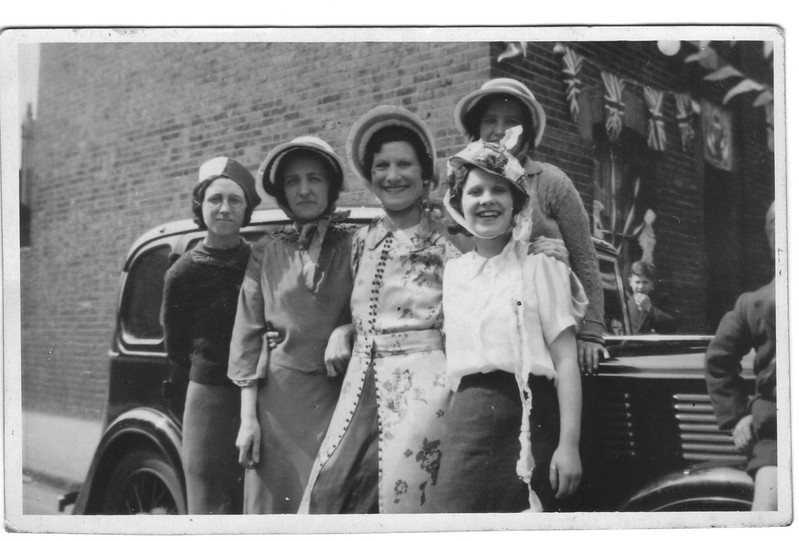 And here they are again, this time with a car of the day and mum third from the left.

2 thoughts on “FOWC with Fandango: Fact”