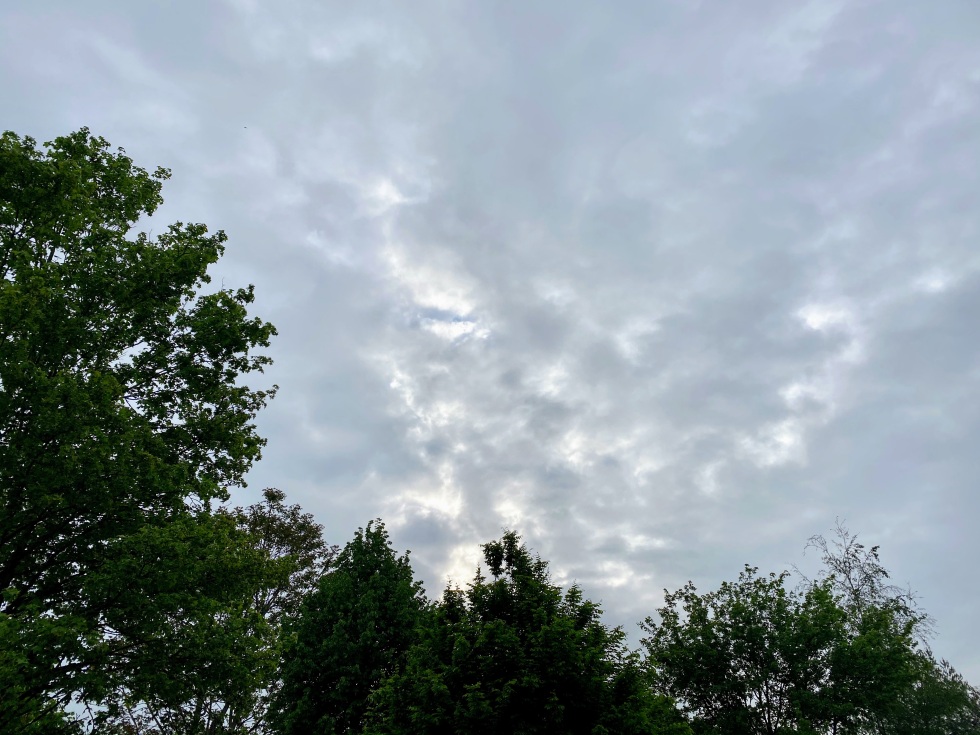 A miserable morning, but at least there are clouds and up to now no rain. There is also a cook breeze,  but it can only get better. Due to our self isolation and keeping distance from the others, I rarely see my neighbours outside. However I took a close look at my flower beds this morning, especially the raised beds and discovered a whole new world. 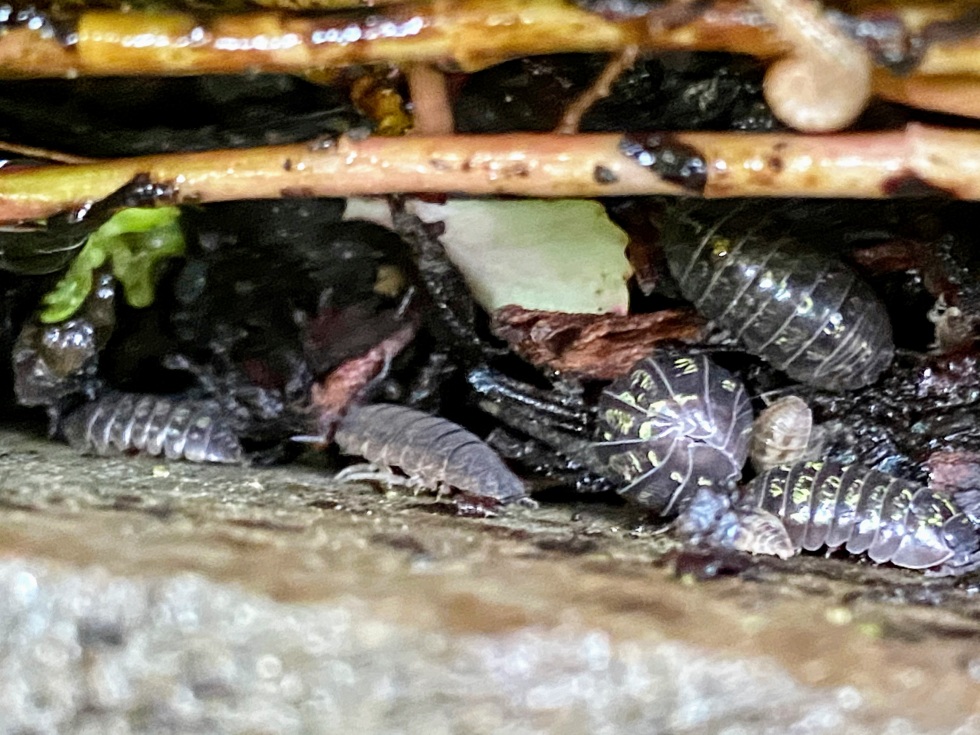 My sedum had begun to grow and flower and its leaves were overlapping the edge. I saw something creep out from beneath and lifted the leaves of the plants and discovered a whole new world. The woodlice had arrived and were enjoying the damp and wet world the rain had now brought them.  They must be one of our oldest insects with their armoured body plates-. 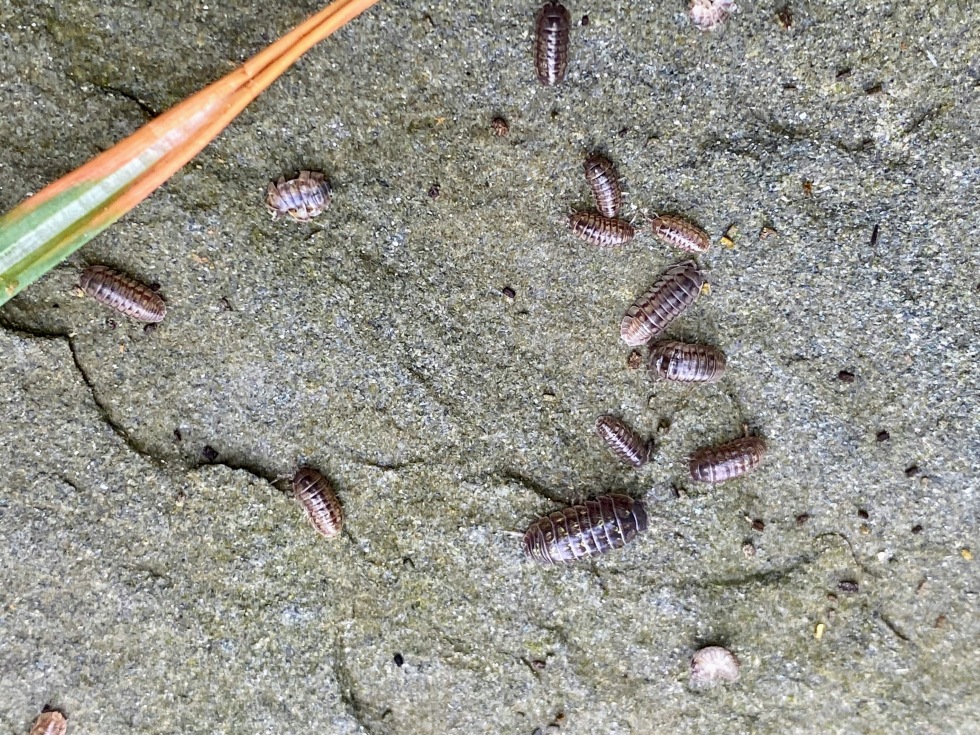 There seemed to be a whole tribe of them, smaller and bigger and all were scuttling away as soon as I had exposed them to light, they prefer to inhabit the darker parts of the undergrowth. Are they harmful? I decided to learn more about these insects, and it seems that they do not do great damage. They have been known to chew on a few plants, but nothing to damage a garden and are also regarded as being useful, as are the earthworms. I covered them again with my sedum  and left them to their own devices. 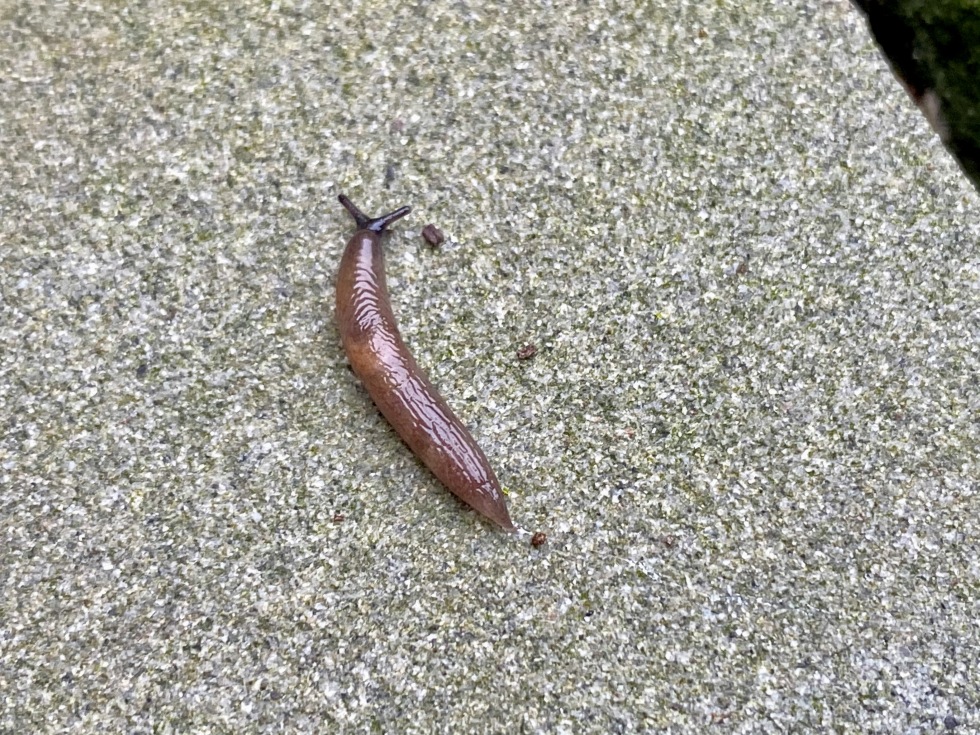 There was another visiter that I was not so happy about. He/She stayed long enough for a photo and I then removed him/her to the wild meadow to destroy a few dandelion leaves. I was surprised to find this hermaphrodite on the stop edge of my raised bed. I did not know they were so good at climbing.

After my explorations I returned to the kitchen for my computer and breakfast. Today is a day for an excursion to the store in the afternoon and I was busy composing a shopping list. 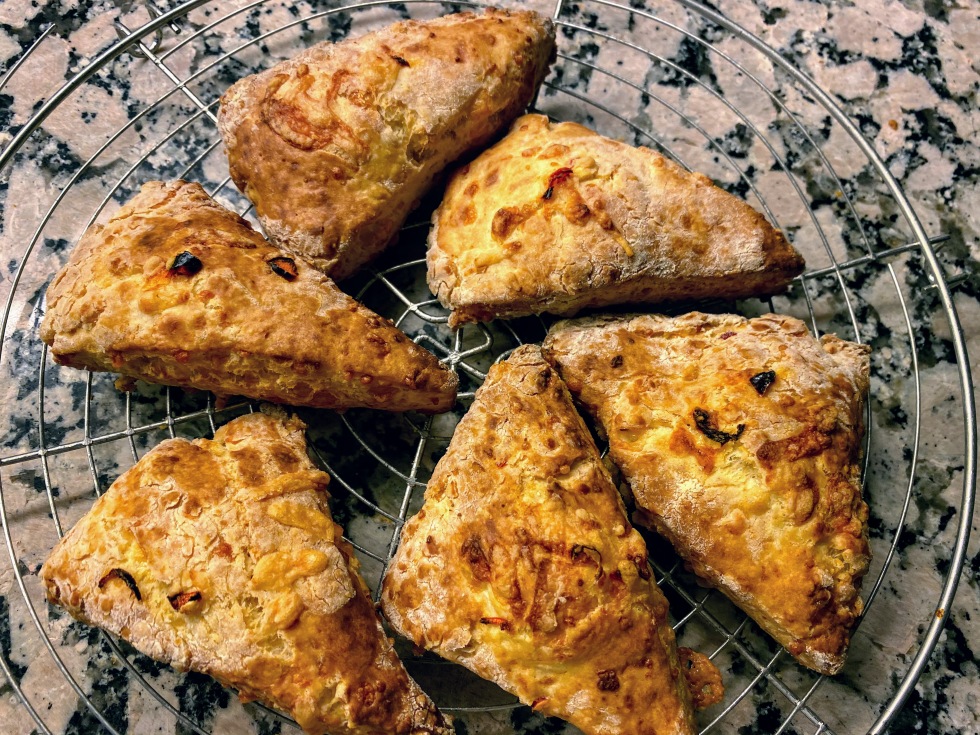 Yesterday I again endeavoured on a baking session, something I do not do very often, but I saw this recipe from a facebook colleague of mine who is a bit of a hobby cook and decided to make them. Just some flour, an egg, grated cheddar cheese and butter and mix it. You can also mix some fresh chilli into it and sprinkle it with remaining cheese and chilli before putting it in the oven. It only takes about 15 minutes to bake and I must say it turned out quite good, especially if eaten with your cold cuts when still warm.

However, I decided the effort is not really worth it for my two men. No. 1 son did not even try one, he does not eat cheese. Mr. Swiss decided to add a layer of jam to his, which is not the idea. I found their actions quite disrespectful in view of my efforts. I still have a couple left and will eat them as a snack during the day.  I think this was the first time I had baked anything in the past year.

I read some interesting news yesterday. There was an article about what people are buying during the corona virus days. It seems the most popular investments are deep freezers. I must admit my No, 2 son and myself are both guilty. People have begun to think of the days when not everything works out as it should, part of the new Norm. I now keep an eye open for special offers in the store. Funny that I never used to bother so much. It seems to be a new hobby of mine.

And now I have better things to do and will move on. During the afternoon I notice I get a bird visitor now and again and I managed to capture this view as a tit was flying off with a seed in its beak. 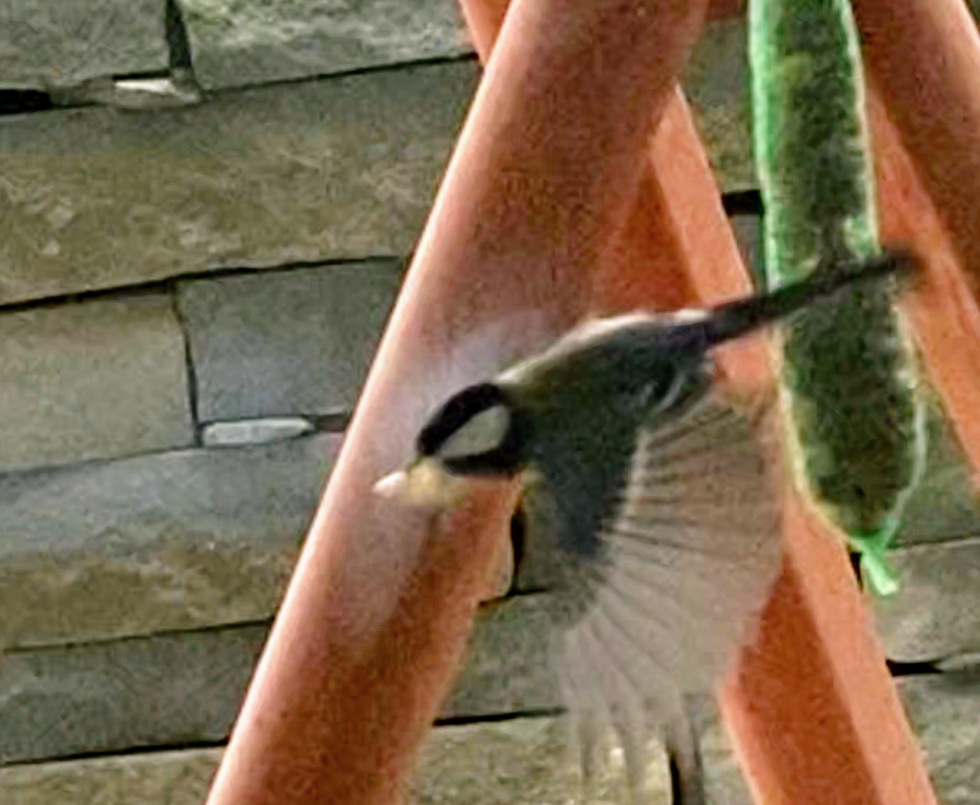 Have a good Wednesday everyone, and try to ignore the virus. It will not go away, but we think about it all the time at the moment, at least I do.