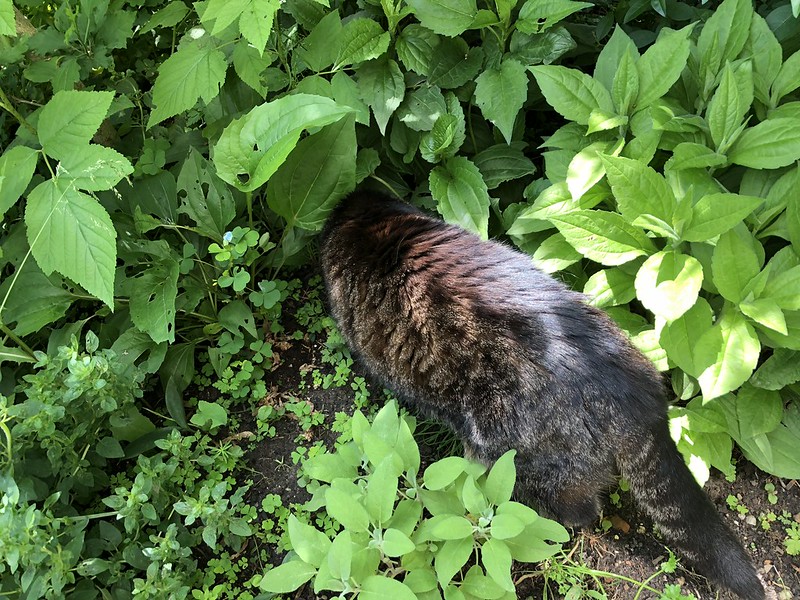 Tabby decided to have a look to see what was in the shadows.

May Photo a Day Challenge: 4. Shadow 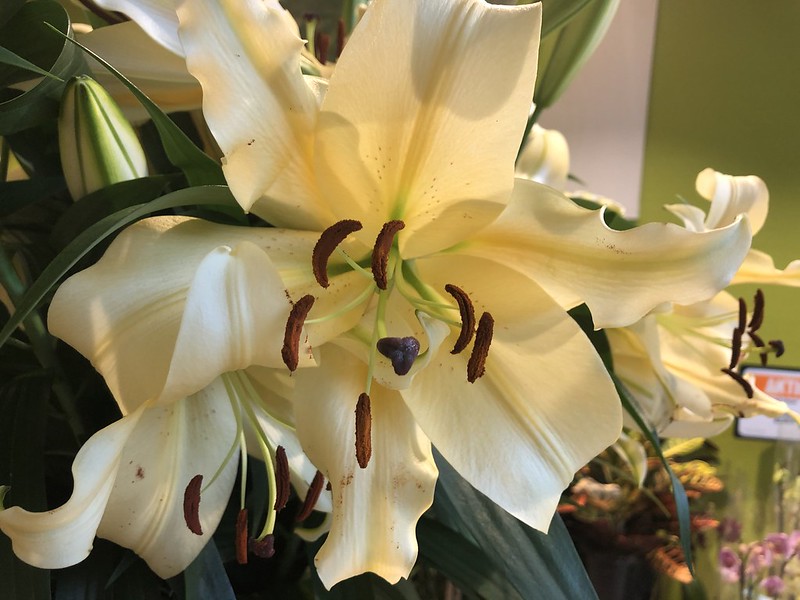 Now that is quite a lily 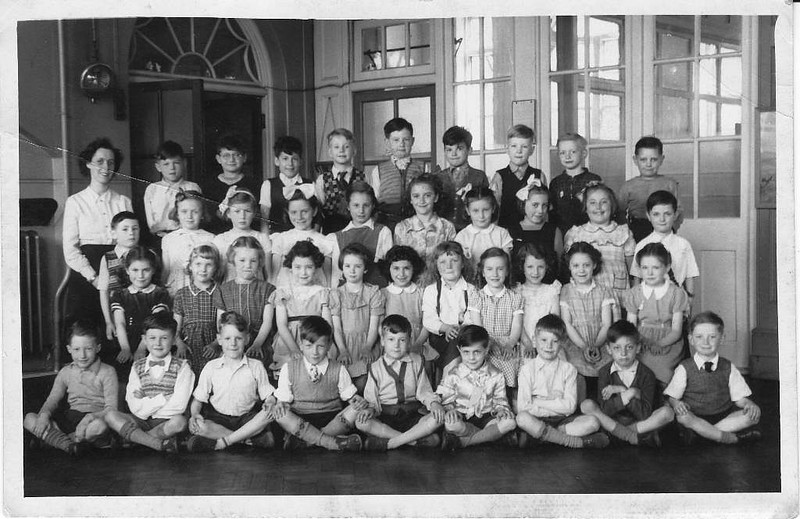 Even I was educated, although this was the humble beginning in the primary school when I was about 7-8 years old. I am the one third from the right in the second row from the back, the one with the rather oversized bow in my hair. Mum had a thing for bows, although I never really had the long hair to go with it. I grew up in a working class area, the east end of London, so no Oxford or Cambridge airs.

And now today we are all expected to be qualified to teach the kids. We are living a life of isolation, stay at home, and so home education is necessary. I must say am I glad that I no longer have any children where I would  be responsible for teaching them to read and write as well as mathematics. No, that would definitely not be my thing and I would even have to do it in a foreign language, German. I cannot imagine how my kids would speak German if they were being taught by someone like me with a cockney english mother tongue.

Yesterday evening we had some twinkling outside. Some lamps from the path and lights from a few buildings, and even the sky decided to join in reflecting a few twinkles on the clouds from the sun as it was setting.

When I went outside to take this photo about 8.45 in the morning I felt a few spots of rain. However, they soon disappeared, the weather must have changed its mind and now the sun is showing itself now and again. We even have a blue sky between the clouds, so what could  be better.

I have removed todays frozen meat from the freezer and by lunch time it will be nicely thawed out to cook. I seem to have everything under control this morning, not bad for a Monday and am now ready to go.

I read something interesting this morning in CNN news (sorry Mr. Trump but there are other news companies than Fox news). It seems that in the quest for help with the Covid virus they are now making tests for helping to fight the disease with a medicine known as Betaforen. This is something that is generally used for assisting the  immune system for MS sufferers and something I have been injecting, every second day, since my diagnosis, which is now 6 years, It is a silent helper for me, but overfall is probably doing its job.  I notice so spacial curing effects, but MS cannot be cured. You can only slow down the progress of symptoms.

Yesterday evening I was finishing the day by lowering the blinds and had a quick look outside. My moon photos were never very brilliant, but I was surprised to see how yesterday’s moon was shining so bright.

At last I found a book to download at a reasonable price on my Kindle. I was always a fan of genuine spy dramas and had read most of the books, especially from the Cold War days when Britain had its well known spy celebrities in the 50-60’s such as Burgess and Maclean and Kim Philby, not to mention George Blake. Mr. Swiss drew my attention to a book about Maclean, a British civil servant that defected to Russia, and that there was a newer book since many records had now been released from the British secret service about him. I decided to download it and now I have it on my Kindle. It was a very reasonable price, probably because it is not everyone’s taste, but I so remember the days of the real life spy drama in Britain and I am sure this will be something interesting for me.

I noticed my cat Tabby was again busy outside munching grass, so I was prepared for the arrival of a hairball in the apartment when she returned. I am sure that do it just to remind us humans of one of our feline duties of clearing it all away afterwards. It would not bother me so much if it was a ball, but seems more to be a grassy trail of indescribable shape and size. Now she has retired and probably dreaming of her next escapade.

And I should now get prepared for my next escapade of a little bit of cleaning, showering and general preparation for the day ahead. This afternoon is again a tour of the store. After the long week-end incorporating May Day, my cupboards are now quite bare and so I should refill them. I always have my extras down in the cellar in the deepfreeze or dry goods stored on a table, but even they have to be replenished now and again.

Have a good beginning to the week and remember it can only get better hopefully.