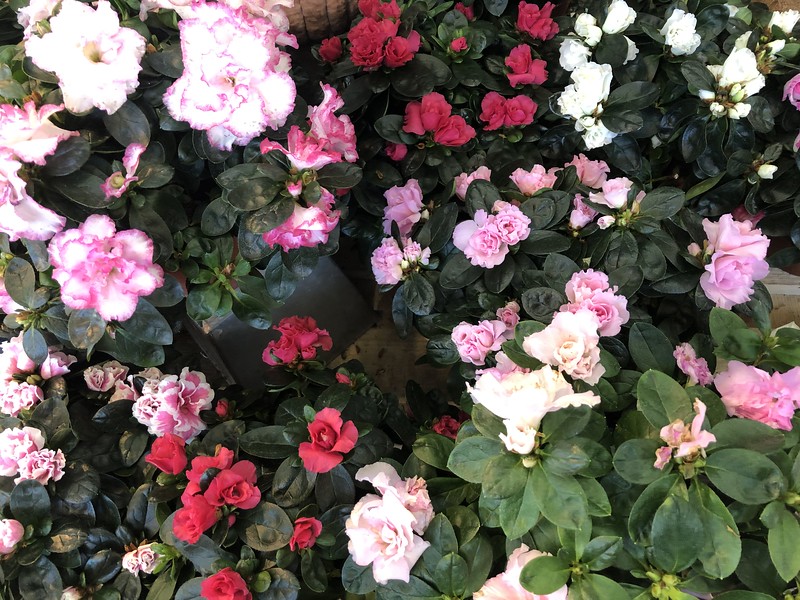 A mixed salad of azalea

Vegetarians look in the other direction, otherwise this is one of my newest experiments: although not quite. When this coronus show began we all got nervous, expecting to be victims and having to think over our life style. No. 2 son was on the phone enquiring how the old folks were keeping. I could reassure him that we were the same as ever, although with lock down you have to adapt.

I was glad that him and his family were also keeping well. Although Switzerland is a small country, he does live a few hundred kilometres away from  us and visits had to be stopped, we had to avoid contact. However, in the conversation he asked if we had an emergency stock of food. It is actually instructed by the Swiss government that everyone should have food on hand in case of an emergency, but no-one has really bothered so much, perhaps just the older generation that had lived through wartime, although there are not very many left.

I got thinking about it and it was true. we have been living from shopping day to shopping day. Our conversation got to a point where son No. 2 said he was now looking for a good freezer and I decided that I would have a look as well. I am partially invalid with my MS and Mr. Swiss also needs support when walking. He actually now stays at home most of the time, and I have to take him places like the doc or dentist in the car. Being 80 years old is not always fun. I decided we really need food supplies at home in case we become more home bound, or the corona virus, or any emergency situation could mean that food supplies were not secure. Actually this would have been the least of our problems and there was really no need to begin panic buying. I remember the first days of corona when the grocery stores had empty shelves in the afternoon and no more toilet paper.

So now I am organised. I  began with buying two of a kind. If I have a pot of jam in the apartment, I have a second in the cellar etc. etc. Not everything, but most is double. An extra bottle of cooking oil, tins of tomatoes, other conserves and of course – an extra pack of toilet paper. Now I also have my freezer chest and even cooked a double amount of spaghetti sauce, half being deep frozen. Gradually I have a bit of everything and it is a good feeling to know we have enough.

The photo is of next Monday’s lunch as the shops will be closed from tomorrow until then. They are three pork neck slices which I like to cook slowly in a sauce and I asked the butcher to seal them in a vacuum pack so that I could freeze them until I need them. Together with some pasta and peas and carrots (frozen of course, although I had the carrots fresh), all part of my new food experiments. I also have a vacuuming machine if I freeze and meat myself. They are quite reasonable to buy and easy to use.

I am now planning on freezing some spiced meat balls for a quick meal one day, an idea I got from my daughter-in-law. You are never to old to learn and it is quite fun. Something to plan and do in the days of isolation. Mr. Swiss can cook to still his hunger, but he is not a five star cook and if I would not be able to cook or go shopping he would certainly no longer starve.

I decided I can even learn from my son. In the meanwhile he has also installed his king sized freezer, so I am following his advice. 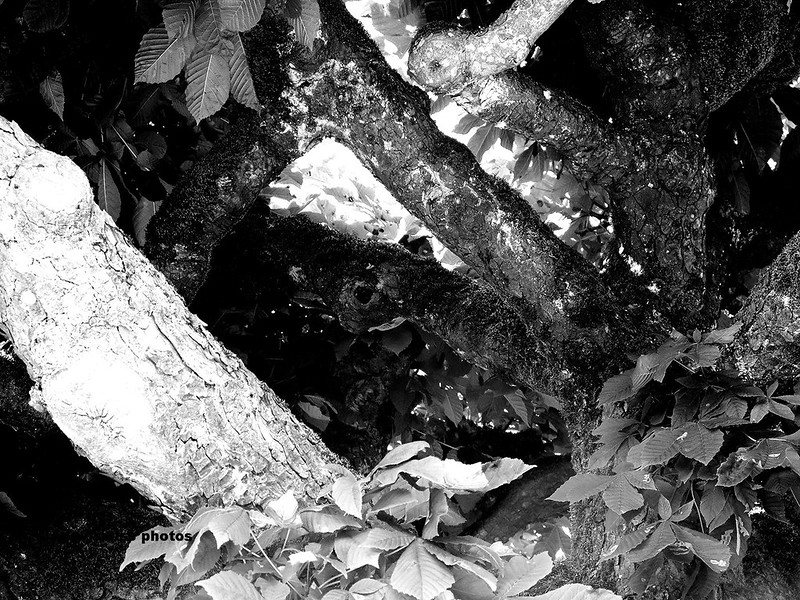 A mixture of black and white tree trunks 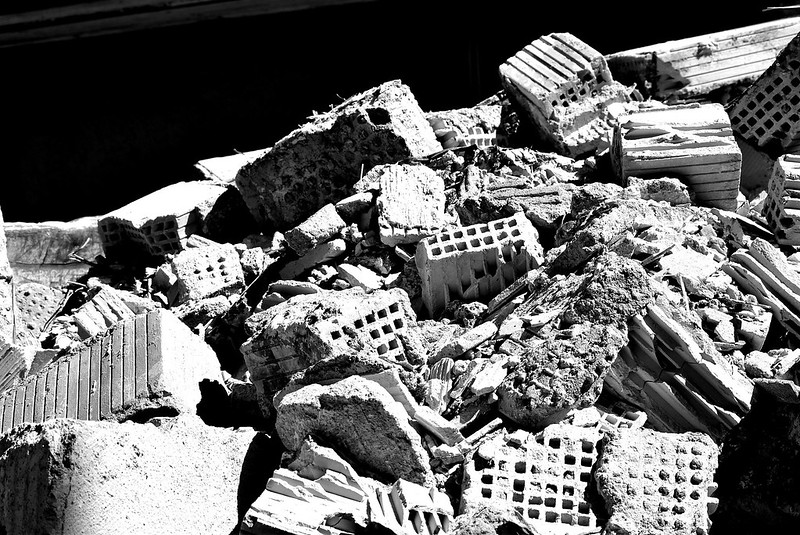 Even bricks have their charm in black and white 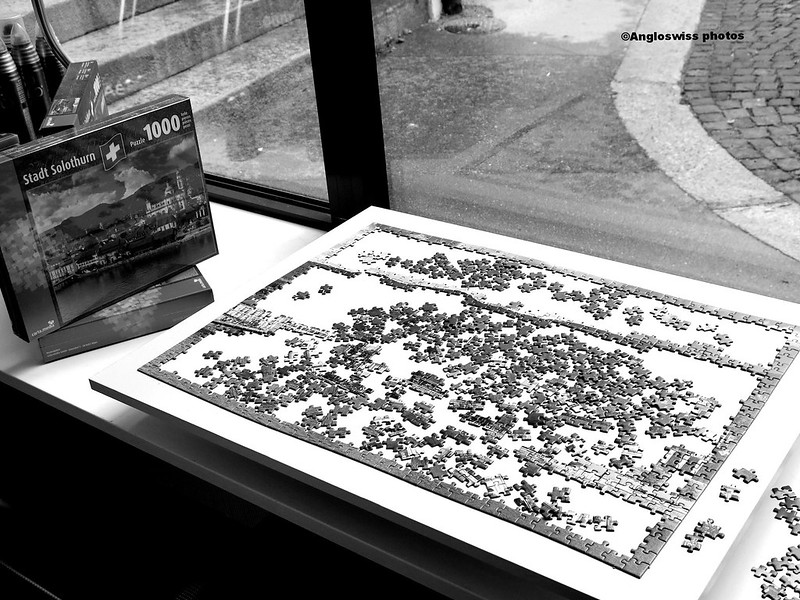 And what about a jigsaw. My hairdresser always had something interesting in her saloon to keep you busy whilst waiting. 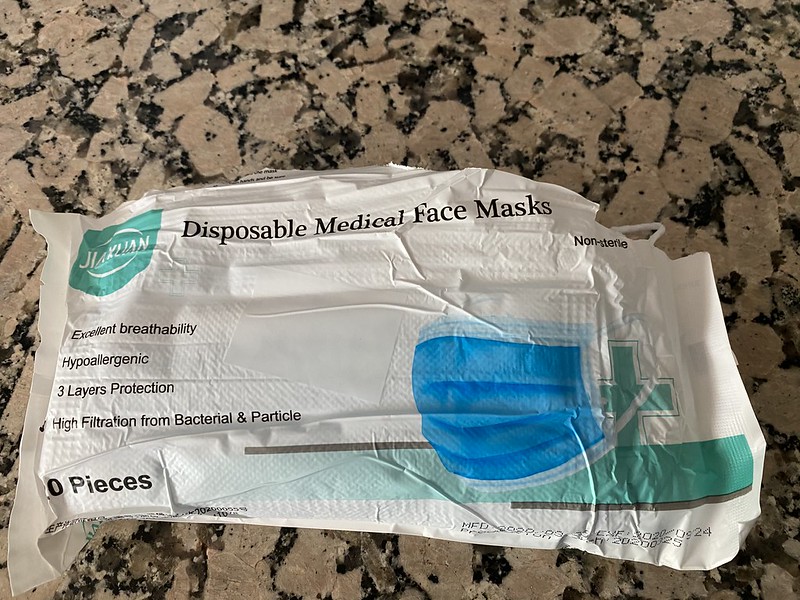 I will never forget April 2020

Really nothing special this morning. It began to rain again some time in the night and this morning everything is wet, wet, wet. Not even a cloud to see in the sky, just plain grey and it is cold. Where has the Spring gone? Although perhaps I was being too optimistic. We are never satisfied. After an April with almost perfect weather, May has decided to begin very wet and I just realised that tomorrow the stores will be closed because it is 1st May, another long week-end to shop for. I really forgot this and now have to make a plan for food buying. This has only just hit me, so I will really have to get into action today. I was really not prepared for this.

At least the meadow opposite is full of flowers.

Today is also a day of fresh linen on the beds, a further burden to carry, although I have already finished my duvet and cushion and stripped the beds. I was actually planning to deposit my glass and metal garbage at the central recycling place this afternoon, but that is now cancelled due to my unexpected shopping trip this afternoon. The only advantage is that I can forget the stores until Monday afternoon afterwards and just sit in isolation at home.

They are now talking about opening Switzerland again and finishing the lockdown. I have mixed feelings. Everything is looking good now and coronus cases are getting fewer by the day. I have been spared, and my family, up to now and I hope it stays that way. 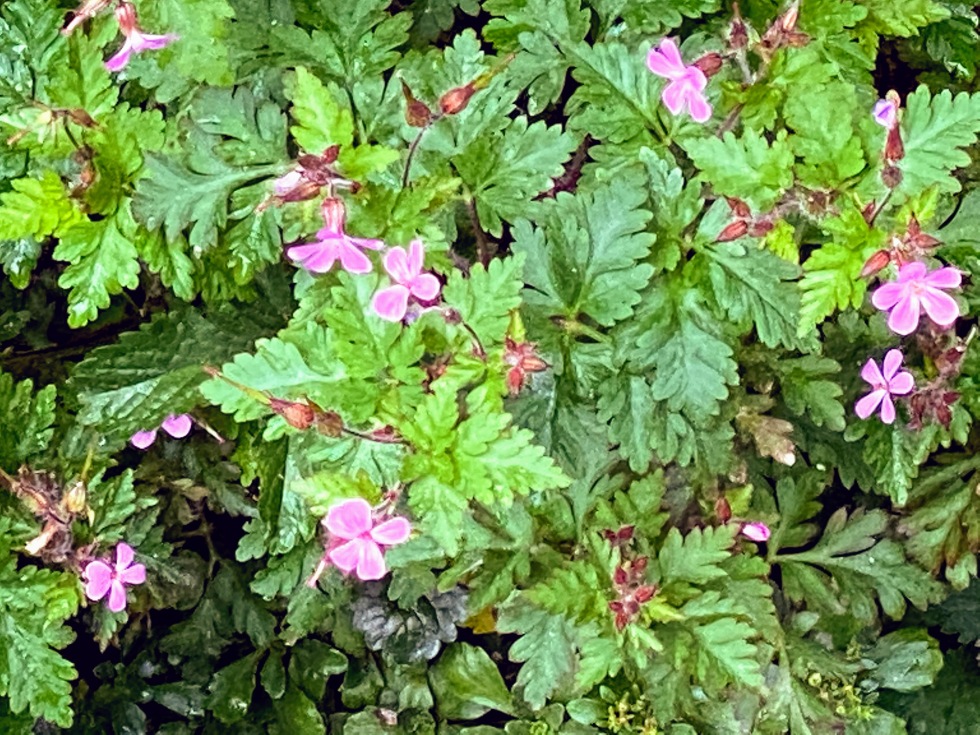 And now I must really go. I have really been taken by surprise by this unwanted one day holiday tomorrow, Friday of all days, and I must reassess my programming. If it was just me and Mr. Swiss it would not be so bad, but I have my son to feed as well. Oh, how I hate these holidays. All the shops will be closed, Switzerland makes no exceptions for anyone.

So cutting off abruptly all I can leave you with is a message for a good day and keep safe.