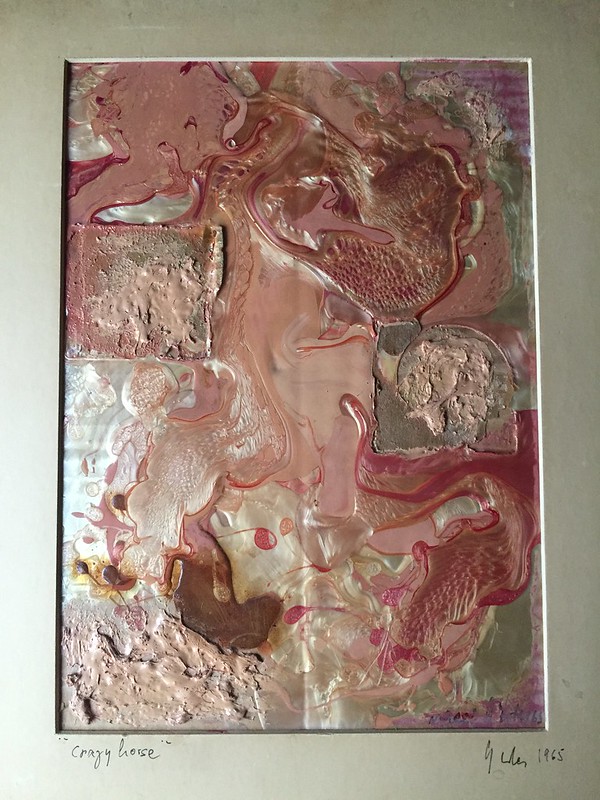 We are all a little bit crazy, otherwise life would be boring. However, I have a painting created by the one and only Mr. Swiss. Many years ago, before we even knew that we both existed (1965),  Mr. Swiss worked for a company producing nail varnish (amongst other cosmetic articles) in Switzerland. They always had nail varnish remainders that no-one really wanted, and him being artistic (at least I think so, he even paints), he composed a picture applying the nail varnish remainders.

He called it “Crazy Horse” and if you look carefully, you can see the horse standing, although you really have to use your imagination.

10 thoughts on “FOWC with Fandango: Crazy”