This was a cat ladder. Tabby and his litter sister Nera would use it to mount to the top of the high cupboard where they each had a comfortable cushion for sleeping purposes. Nera left us for the eternal corn chambers some years ago to help rid it of mice and Tabby decided it was not worth using the energy to get to the top.

The ladder fell out of use, until I discovered it was a good place to keep my orchids that were no longer flowering, in the hope they would flower again. In the meanwhile summer is coming and my orchids are now outside waiting for the big day of a new flowers.

In the meanwhile I had a brilliant idea. I collect dolls. To be honest the dolls are free gifts from the local supermarket if I collected enough stickies. I have about eight Teddy bears, 20 Easter bunnies and a few other strange animals. I discovered that they had room on the cat ladder and there they are. The idea of the dolls was that my grandchildren could have them. However, their mother decided I should keep them as the grandchildren would have something to look forward to when visiting. I found that a good idea and have now found a place for them.

And the orchids in Winter? They will return to the ladder. In the meanwhile I am sure I will have yet another brilliant idea about where to put the dolls. 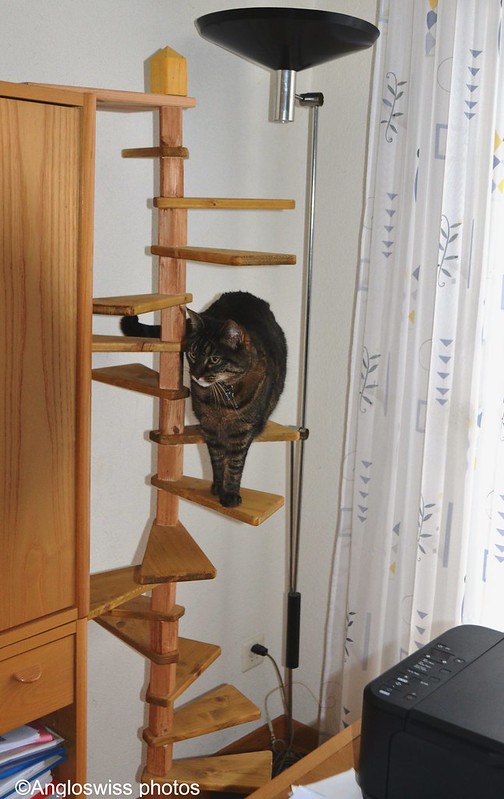 4 thoughts on “FOWC with Fandango: Potpourri”