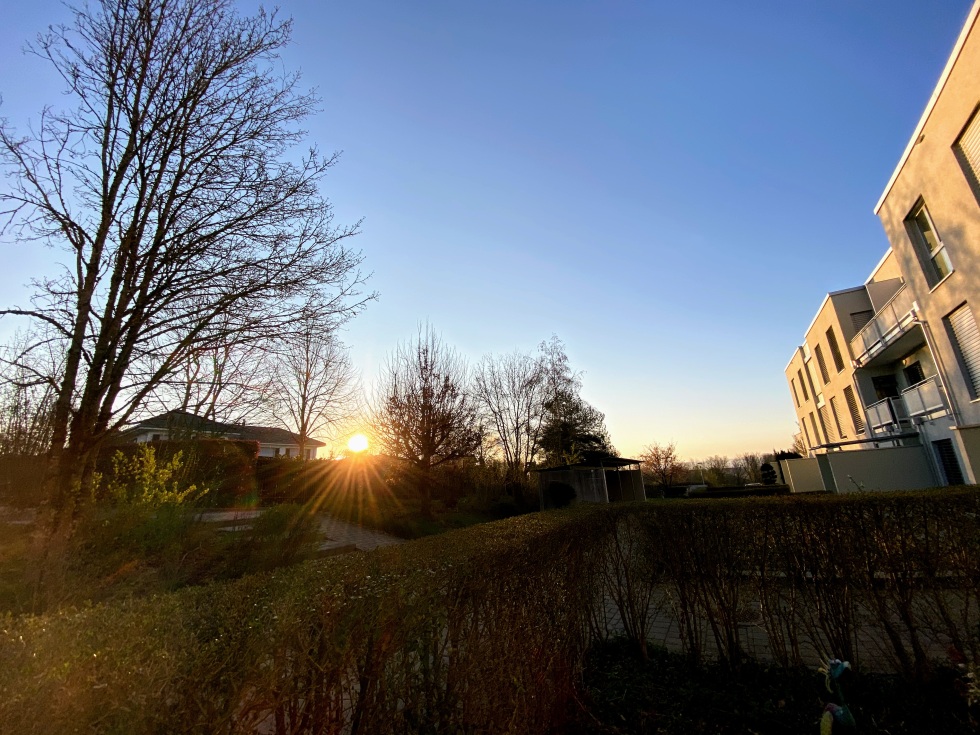 Time for a sunrise photo and a little finger exercise on the computer. Actually I have less to do now in the early morning as bird feeding is slowing down. They are still chirping and now and again attacking the platform on the bird house, but do not look very hungry or very much thinner. They are now probably busy finding worms and other protein food for the babies which will probably soon be taking flying lessons from their parents.

It seems that the Swiss are behaving in these troubled times, and not flocking out in groups in the good Spring weather we are having. Just small groups at a distance to each other, although our police were also out enjoying the Spring weather, but for other reasons. The Swiss are very serious about staying at home and rightly so. Police are patrolling constantly and if they find groups of people going against the coronavirus rules they get a nice juicy fine of one hundred Swiss francs. I even saw that if people are having a private grill party in their garden and the police hear and see it, fines will be distributed. Yesterday the police in Luzern found children with their parents having a nice relaxed grill party in their garden, but it became quite an expensive party with the fines they got. I am certainly not in favour of a police state, but in war times different laws exist, and whether we like it or not, we are battling against an unseen but not less dangerous enemy.

I must also give a big praise for the Swiss form of government. Of course we have our idiots like any other country, it is human nature, but we have a system based on political equality. It might be in parliament that this or the other party has more members, but the Swiss government is basically 7 ministers with a party organised formula. 2 of each political party and 1 of the smaller party and the ministers are divided amongst them. Whether socialist or conservative or liberal all have their say and that is Swiss democracy and at the moment it is working in this time of problems. Perhaps it is because we are a small country with a small population that it is working so well but I am satisfied.

My Caucasian forget-me-not are flowering not heeding the surrounding problems. They are perennial and arrive every year. They are quite good at spreading their seeds, and try to take over, but are a wonderful splash of blue in Spring. 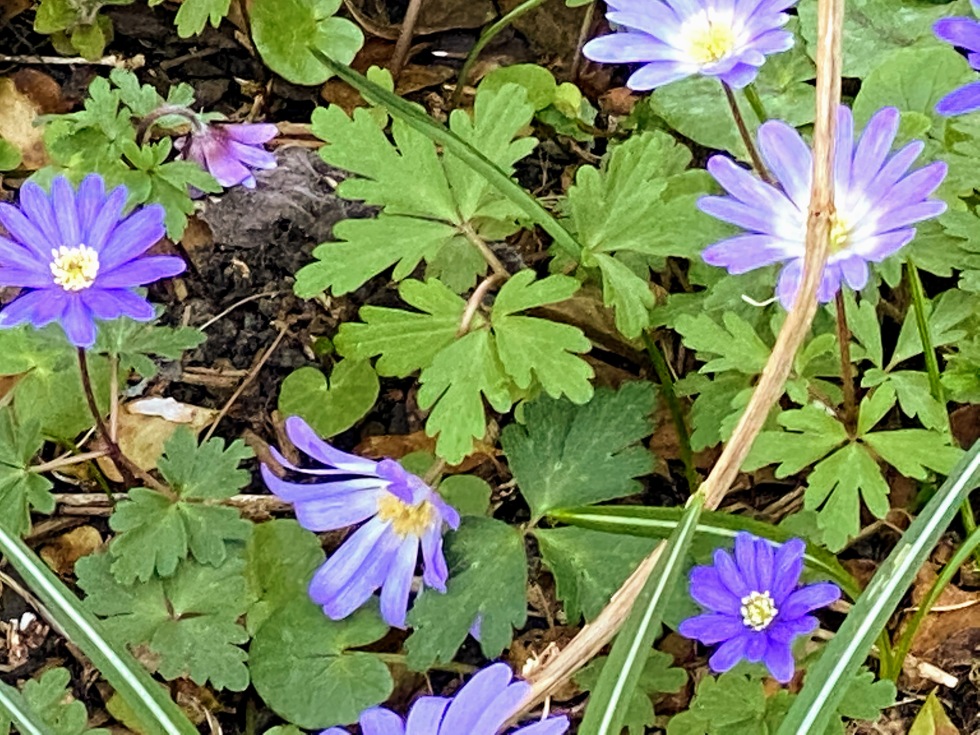 I also have blanda anemone appearing everywhere. It began with a couple of plants, and now they are arriving in a few places. I never planted them, they just appeared from nowhere and I only realised last year what they were.

Another wonderful splash of colour.

Today is again a trip into the unknown to the store. I am hoping that people are remaining sensible and not raiding the shelves. This week will be particularly a delicate piece of shopping work as the stores will be closed on Good Friday and Easter Monday, leaving a very long weekend, some forced isolation. Careful planning and logistic must be applied, but I have already made my detailed list: frozen fish and ham form part of it, as that is something I can already buy.

I am now off to the normal morning work and hoping for smooth runnings today as we probably all are, My daffodils are still flowering making an effort to show that Easter is approaching soon.