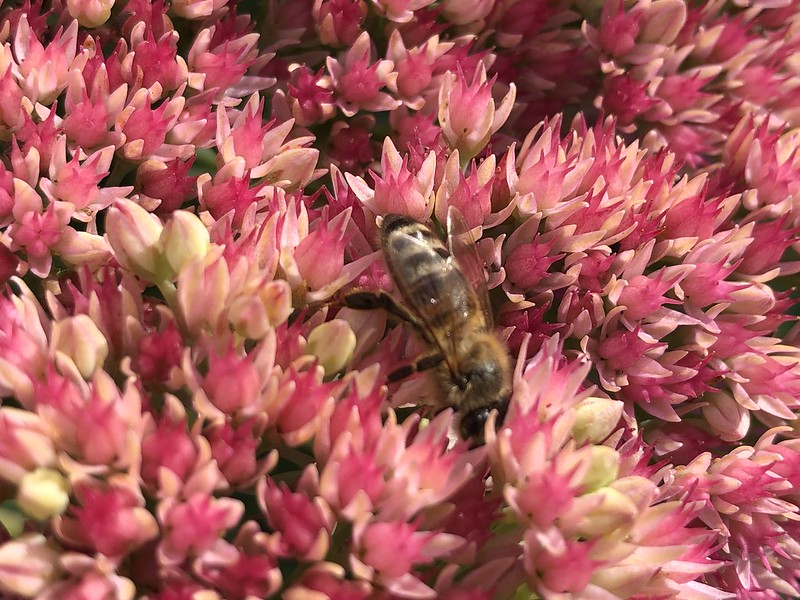 Even a bee decided to do some photo bombing. 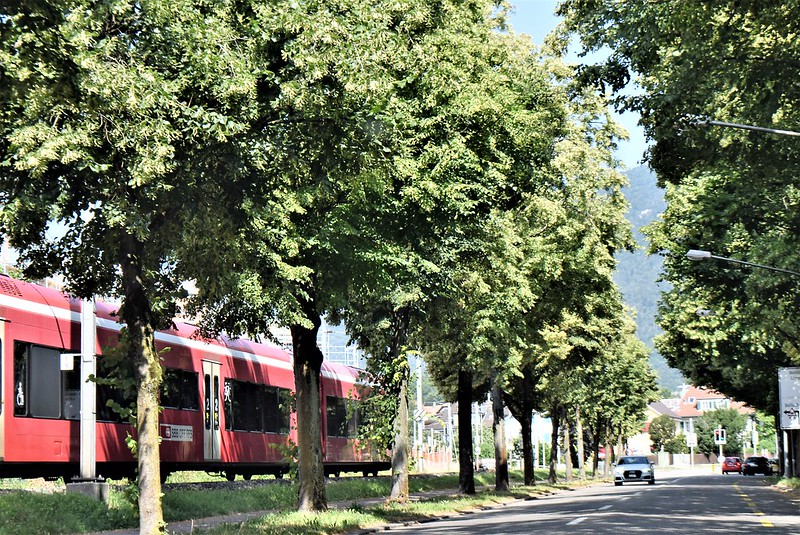 The train through the village is now empty
There are no passengers, not even twenty
Where have they gone, not waiting at the station
They are watching through the window whilst living in isolation
Memories of going to town, enjoying all the shopping
Now they just have images  of trains, not even stopping
One day this will be over, in the meanwhile they are winging
Wanting to travel the train again being pulled by its engine

You just cannot take chances with a coronua virus hovering around. Not only did it threaten  our supply of toilet paper but it was a general warning that suddenly we would be confronted with empty stores. Already tins of cooked tomatoes had disappeared and now are replaced with king sized versions. I decided to take the problem into my own washed and disinfected hands. You must organise your life. I always go armed with a shopping list to the store, shared on my iPhone with that of Mr. Swiss, but to no avail if he does not read what is on the list. Today he added a packet of chocolate biscuits. I had to call him to say we have two packets in storage on the table in the laundry room.

I have now equipped myself with a deep freezer chest, you cannot take any chances, but the contents of this chest and the table in the cellar, must be recorded and secured on the iPhone. For this reason I now have an exact list of all the items. It is written mainly with German expressions as I did not want confusion to occur with Mr. Swiss, poor man is easily confused, especially when I have a brilliant idea. I even add the little pictures to my list to make it clear what it is. This is only the list for March.

Every month a new list is made with the newest additions and as the goods are used they are removed from the list. What could possibly go wrong. Yes in the times of corona, we must be prepared.

The April section is only a few days old, but that is increasing with every shopping expedition I take. You cannot take chances with corona, it is everywhere even if you cannot see it, it is ready to steal our supplies. Toilet rolls and hand sanitizer were just a beginning, a rehearsal. Who knows what the next step will be? We must make precise records of our actions in these days of warfare. 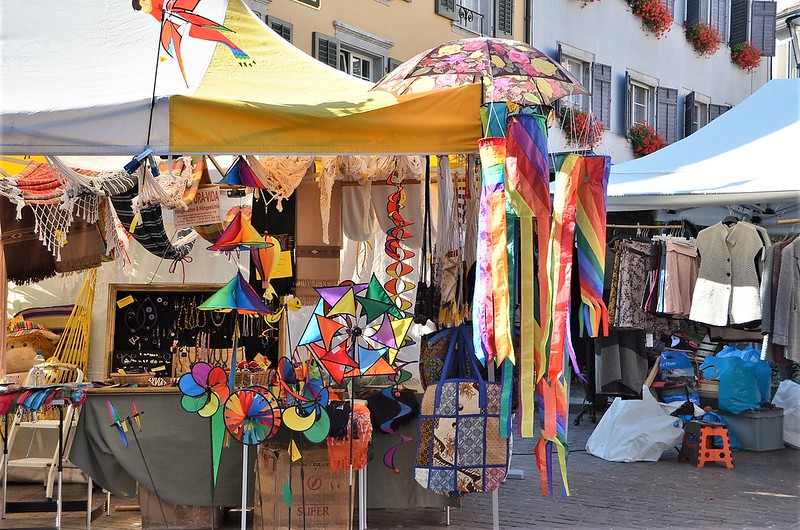 Market Day in town is always a colourful opportunity

Time for a sunrise photo and a little finger exercise on the computer. Actually I have less to do now in the early morning as bird feeding is slowing down. They are still chirping and now and again attacking the platform on the bird house, but do not look very hungry or very much thinner. They are now probably busy finding worms and other protein food for the babies which will probably soon be taking flying lessons from their parents.

It seems that the Swiss are behaving in these troubled times, and not flocking out in groups in the good Spring weather we are having. Just small groups at a distance to each other, although our police were also out enjoying the Spring weather, but for other reasons. The Swiss are very serious about staying at home and rightly so. Police are patrolling constantly and if they find groups of people going against the coronavirus rules they get a nice juicy fine of one hundred Swiss francs. I even saw that if people are having a private grill party in their garden and the police hear and see it, fines will be distributed. Yesterday the police in Luzern found children with their parents having a nice relaxed grill party in their garden, but it became quite an expensive party with the fines they got. I am certainly not in favour of a police state, but in war times different laws exist, and whether we like it or not, we are battling against an unseen but not less dangerous enemy.

I must also give a big praise for the Swiss form of government. Of course we have our idiots like any other country, it is human nature, but we have a system based on political equality. It might be in parliament that this or the other party has more members, but the Swiss government is basically 7 ministers with a party organised formula. 2 of each political party and 1 of the smaller party and the ministers are divided amongst them. Whether socialist or conservative or liberal all have their say and that is Swiss democracy and at the moment it is working in this time of problems. Perhaps it is because we are a small country with a small population that it is working so well but I am satisfied.

My Caucasian forget-me-not are flowering not heeding the surrounding problems. They are perennial and arrive every year. They are quite good at spreading their seeds, and try to take over, but are a wonderful splash of blue in Spring.

I also have blanda anemone appearing everywhere. It began with a couple of plants, and now they are arriving in a few places. I never planted them, they just appeared from nowhere and I only realised last year what they were.

Another wonderful splash of colour.

Today is again a trip into the unknown to the store. I am hoping that people are remaining sensible and not raiding the shelves. This week will be particularly a delicate piece of shopping work as the stores will be closed on Good Friday and Easter Monday, leaving a very long weekend, some forced isolation. Careful planning and logistic must be applied, but I have already made my detailed list: frozen fish and ham form part of it, as that is something I can already buy.

I am now off to the normal morning work and hoping for smooth runnings today as we probably all are, My daffodils are still flowering making an effort to show that Easter is approaching soon.