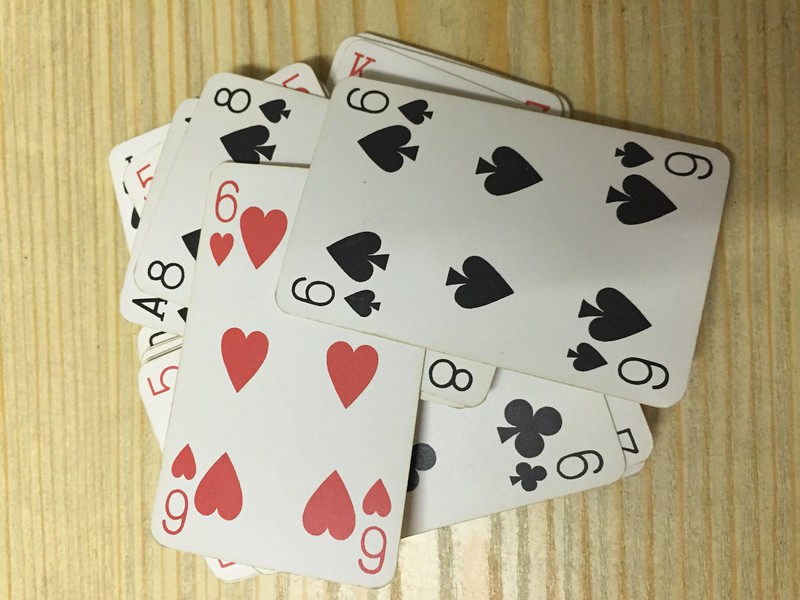 I must be one of the few Brits that can play Jass (prounounced Yass). Jass is the fundament of all Swiss card games and if you cannot play it, then you a missing a social connection in the Swiss Way of life. Dad was a player, he taught me the basic British card games, starting with rummy, progressing to whist and even Crib. He was not a gambler really, although he like watching the horses very much: not as an animal lover, but more at the race courses.

And then dad came to Switzerland on a family visit and we introduced him to the Swiss game of Jass. I was by then quite good at it. When Mr. Swiss was teaching the kids, he also taught me. You should have a partner when playing Jass, although you do not have to, but it enhances the enjoyment. it is usually played in a group of four. And so now we had my dad joining in. It took him only a few minutes to grasp the idea of the game, although the German expressions took longer. You have trumps in Jass, and the highest card is the Trump Buur (the Jack of Trumps). This was dad’s first problem, that a Jack was higher than an Ace with its 20 points. The second highest card is the Nell with 14 points (the Nine of trumps) and now dad was completely confused and found that english card games were much easier. Shouting “stock” was another problem dad had when he has the King and Queen of trumps and played the second of those specific cards.

As it is many years since I actually played a game of Jass I might have forgotten some  exact details. I had to ask Mr. Swiss a few details now, and he said not to write too much as I would probably make a few mistakes somewhere. Now and again I might play it online, but that is more a version called differences, predicting how many points you will make.

We might be a small country, have only a population of around eight million, but your first card game will probably be jass. And gambling? Of course.

6 thoughts on “FOWC with Fandango: Gamble”