No wonderful sunrise this morning because it has not risen. We even had some rain during the night, although not a lot: just enough to make everything a big damp. Of course it snowed up in the Jura mountains which did not surprise me. It is cold enough. We had no snow in our part of the lowlands, just a very cold wind.

I spent a week-end at home in isolation. I could have gone out on a wheelie in my chair, but somehow I felt it would be the wrong thing to do although I was tempted to just have a look what an empty town looks like. I will venture to the store today but everyone keeps their distance, and everyone are few, I feel safe enough. What I cannot understand are the people that flock out in droves as soon as we get a nice Spring weekend. Under normal circumstances it would be no problem. Normal has now become rare.  iI seems the parking lots in our tourist areas were packed with cars and people were again going for their walks. I read some reports in the news that the group law of not more than 5 people together was also being ignored. The police were busy handing out fines of 100 Swiss francs to the guilty, making it an expensive outing.  Some people never learn. It was mostly groups of youngsters, but golden oldies are not innocent. The amount of coronus victims in Switzerland is not declining and care is still called for.

And look who hopped past this morning. I had to be quick to catch him as robins are very shy and come only one at a time. He pecked at a few seeds and then disappeared again. Even he seems to have put on weight like the rest of my local birds. I was thinking of not feeding them this morning, but could not be so hard hearted. They were all sitting in the hawthorn tree and waiting for my appearance before descending to see what was to be had for breakfast. 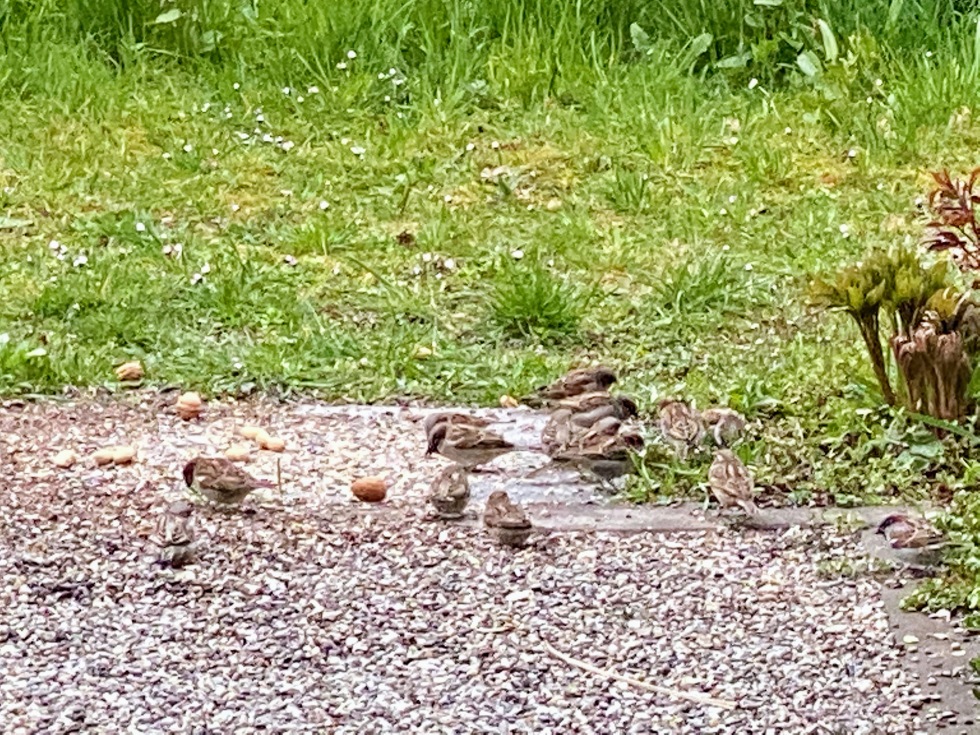 And now to get on with the daily chores and try to forget about the enemy, although the radio and TV seems to have nothing else to report at the moment. If only a little good news would come in between. Even the idea of shooting the virus down with bullets is not a solution but it seems no-one told Mr. Trump. I can imagine him sitting at the window of the oval office armed with a gun and every-time a coronus virus flies past he take aim. Thank goodness we have such “brave” people.

Make the most of the day is all I can say. I leave you with my rosemary which has at last decided to open its flowers. 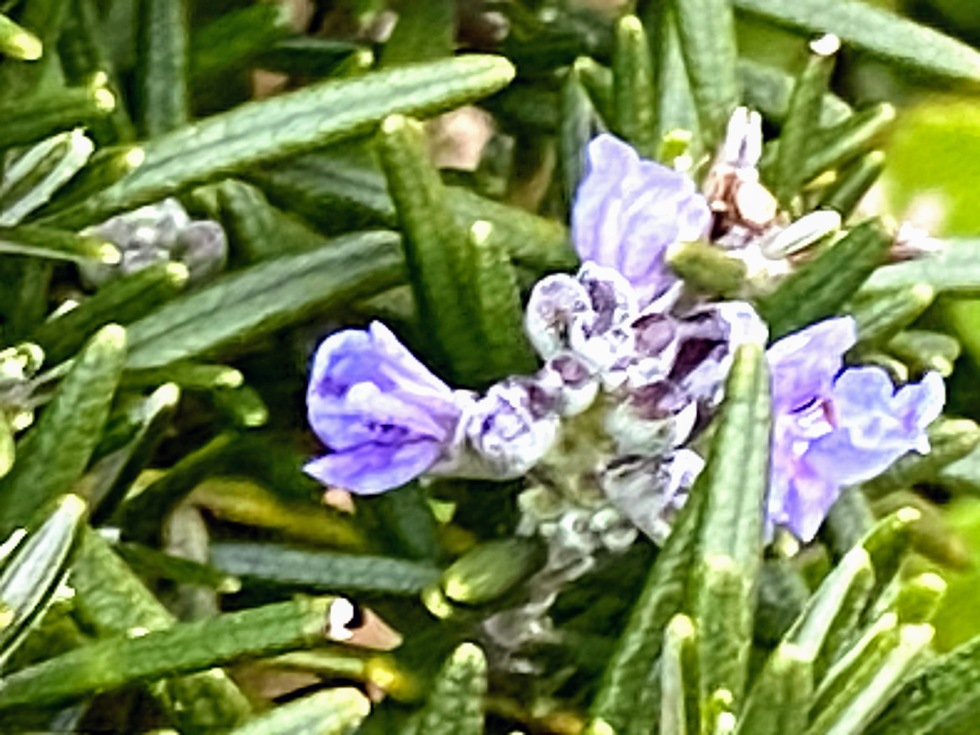