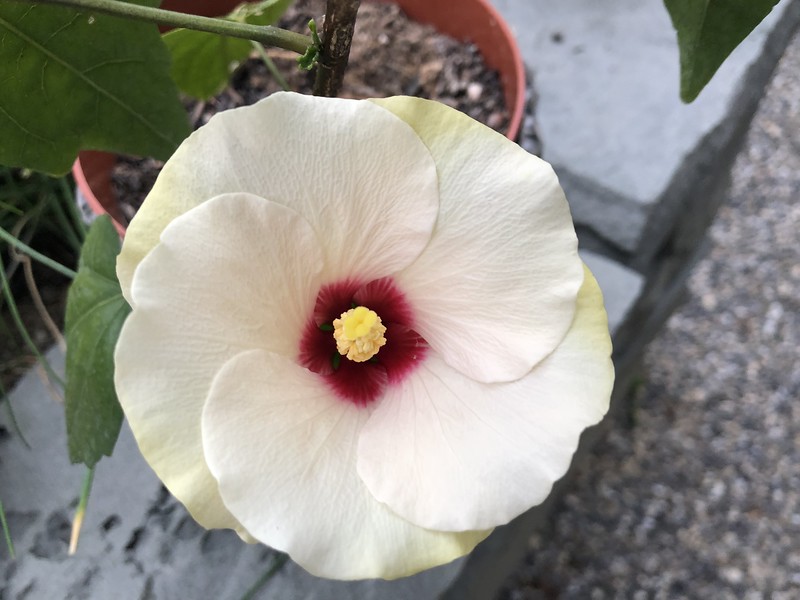 Most of my FOTD photos are from my archives, as I take a photo each time I visit the store in the gardening department. Since a week the department has been closed until the dreaded virus disappears. This is a hibiscus from last year that I bought in a pot for my garden. 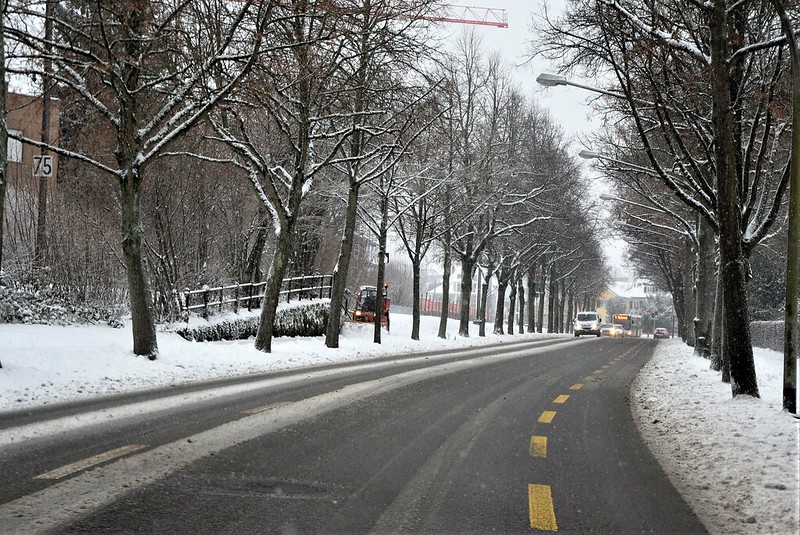 On the way to the store in Winter 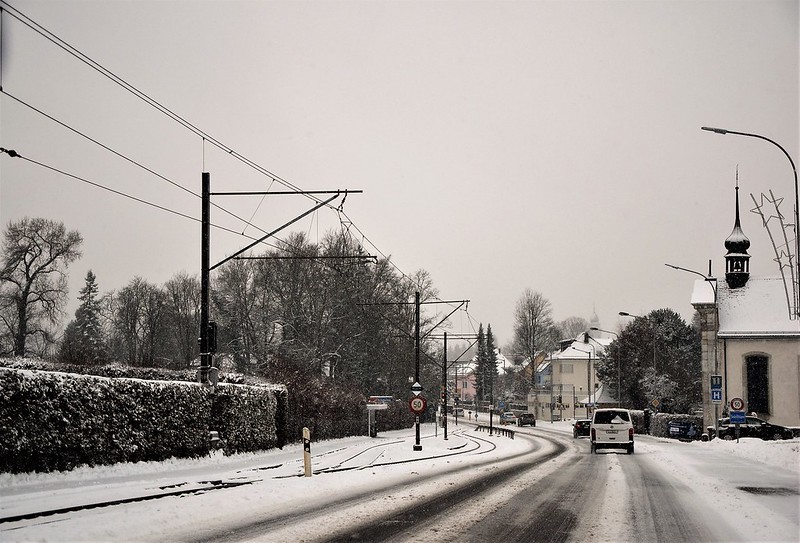 The local railway in Winter snow 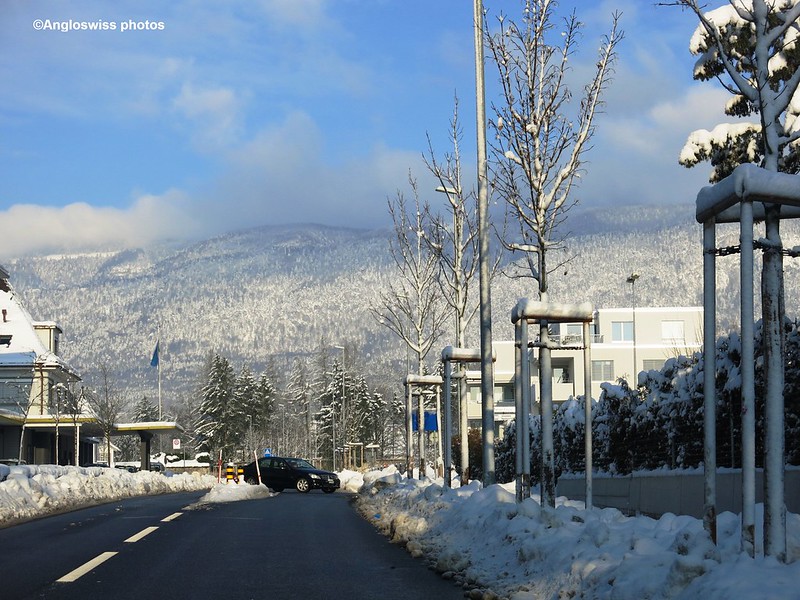 Even snowy days can have their beauty 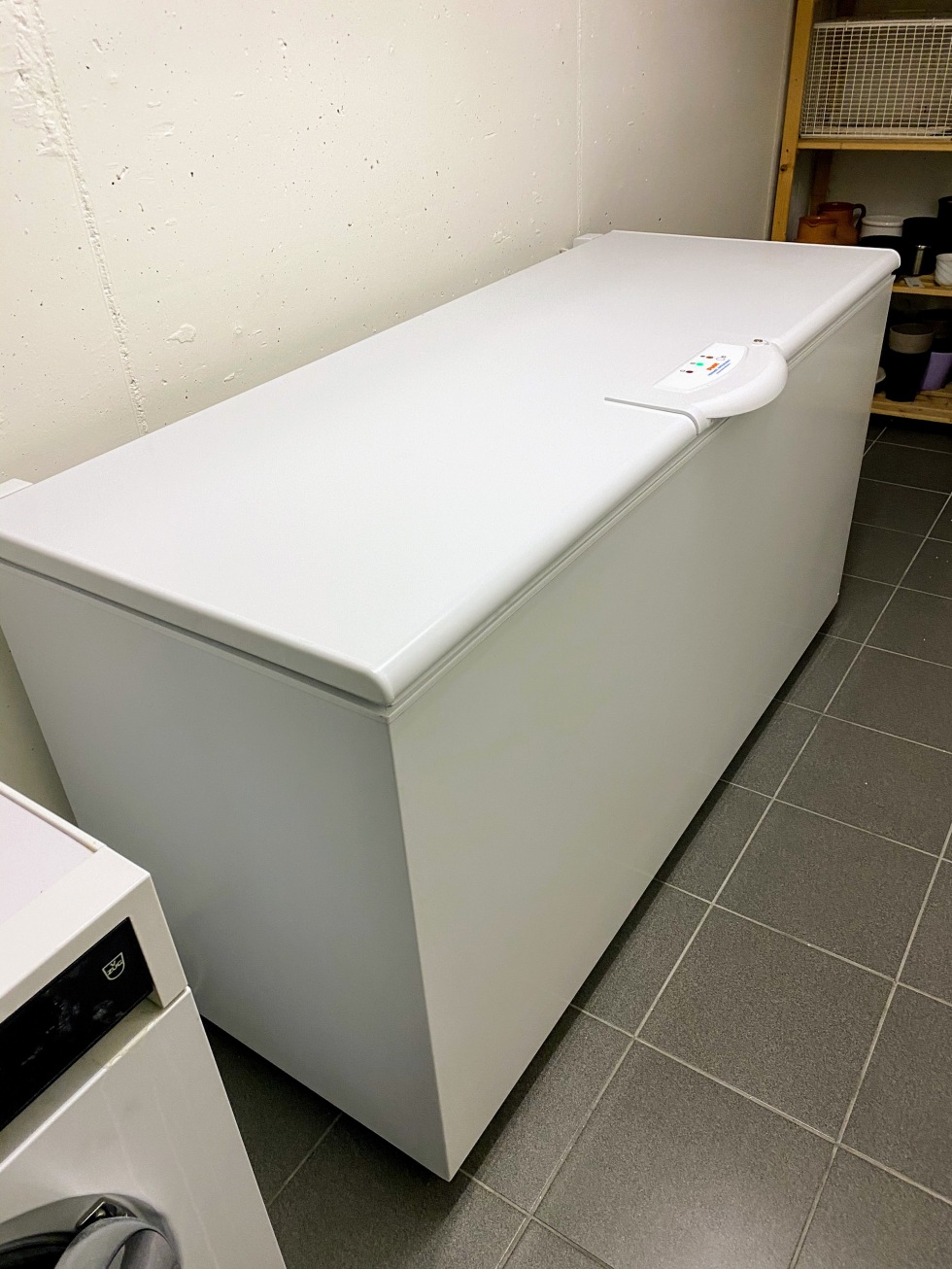 I have a new toy, an expensive toy, but I might become dependent on it with time. At the moment it is empty and slowly beginning to get colder. This evening I will fill it with a few frozen items and then I have it – a functioning deep freezer.

It reminds me of a guy in Switzerland. Let us call him Mr. Deepfreeze. His wife’s body was found in the deep freezer in his cellar by her parents. She had been murdered. It quite hit the headlines at the time which was in 1987 and he was naturally arrested for murder, especially as there was a report of him enquiring how to remove blood stains from a mattress. It was then that a journalist took on the case and managed to convince the courts that he was innocent of murder. The court case was mainly based on circumstantial evidence which was not enough for the authorities to keep him in prison. And so after spending some time in prison, he was released and to this day he still is enjoying his freedom and even got married again. Did he do it or not? He never admitted it and no-one could prove it.

But honestly, I only got my freezer to store food and save too many trips to the stores. 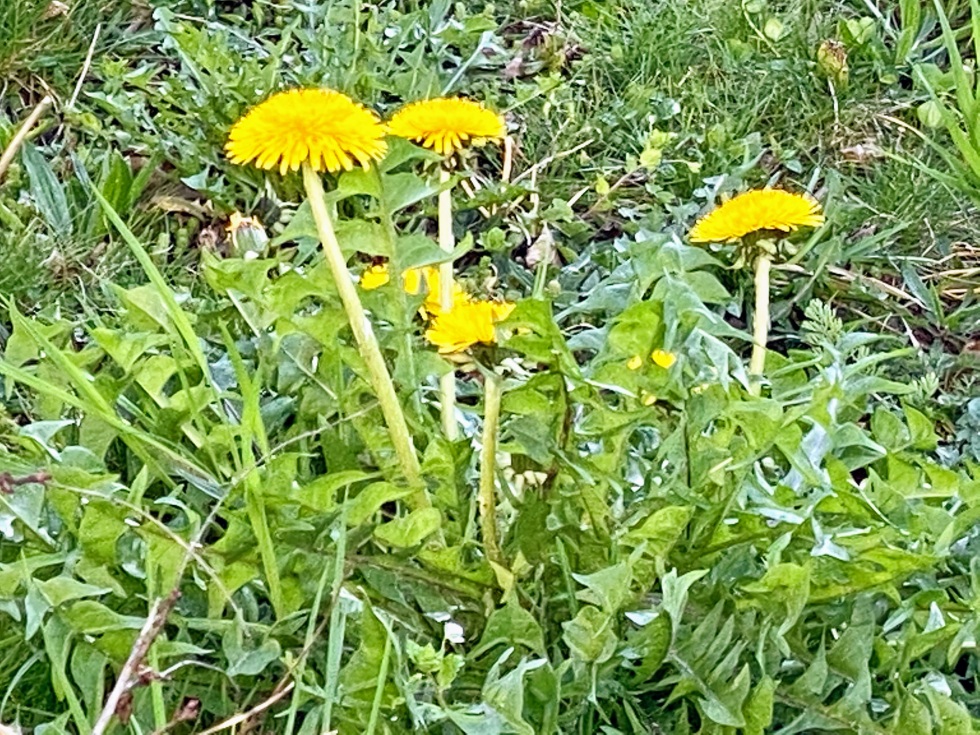 Here I am sitting out on the porch watching the world go by. It is warm almost hot in the sun, but it feels good in the fresh air. The dandelions are flowering. Nothing delicate about them. Big and yellow and planning a take over big in the meadow. Although just a minute. 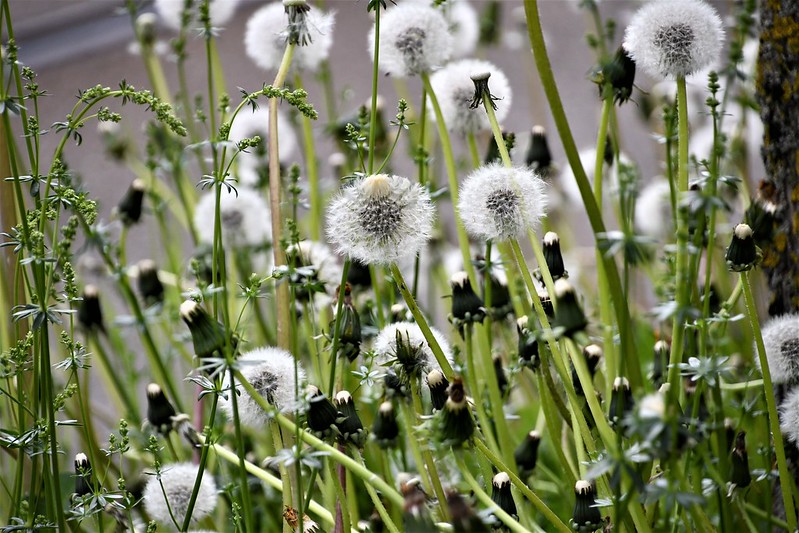 In a few weeks they will be one of the most delicate arrivals in the garden. With a puff of wind they will spread their seeds, ready for new growth. 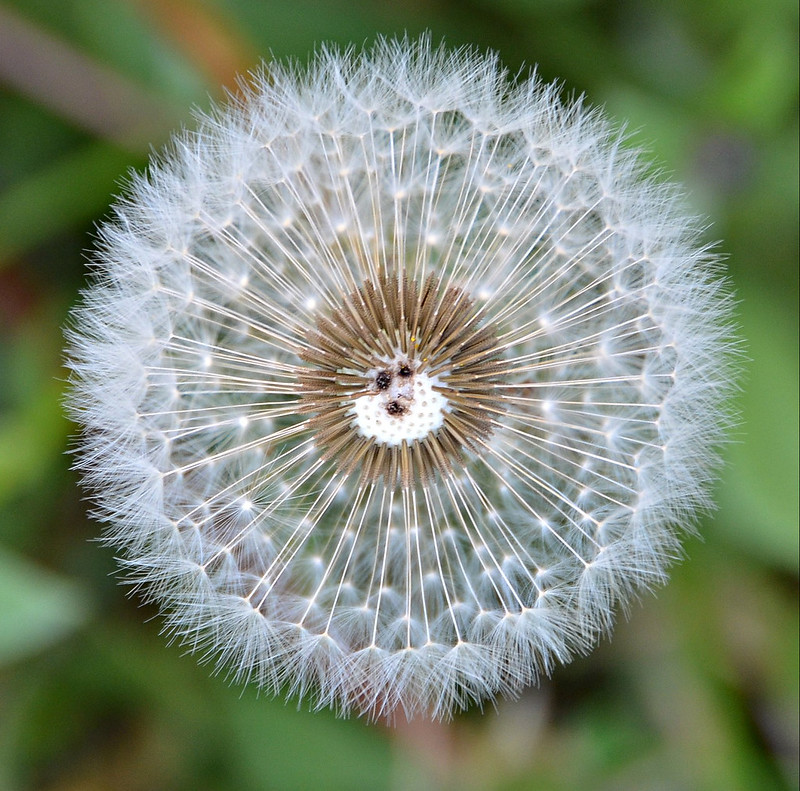 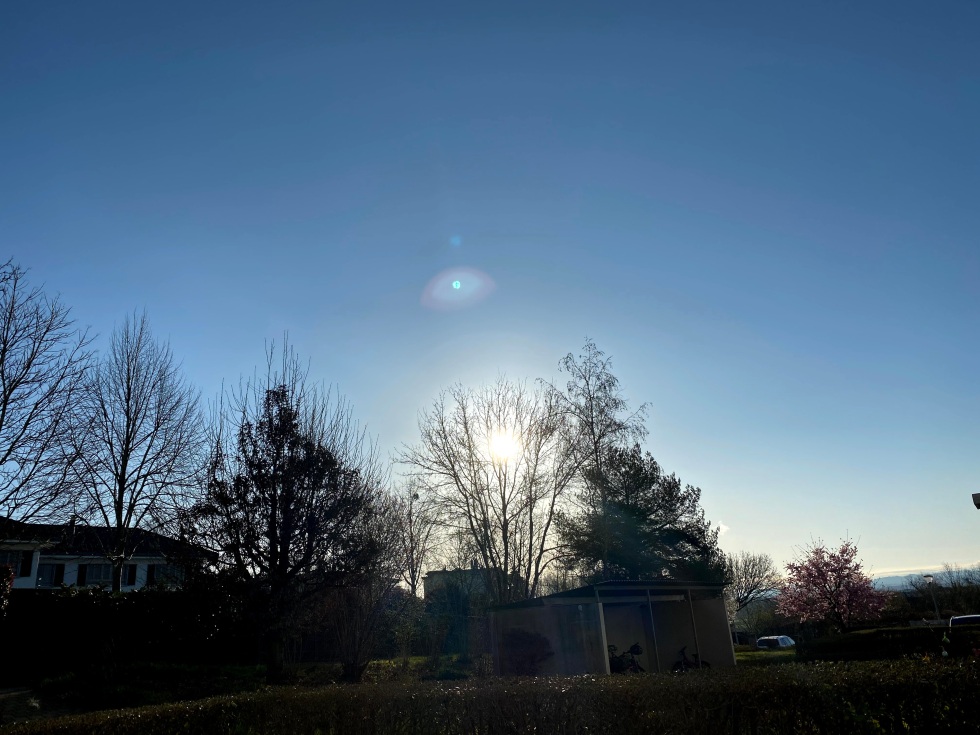 Another sunny day, although the bowl of water outside for my cat and other sundry animals was covered with a thin layer of ice this morning. It is now warming up outside and looks like it will be another sunny day. I think we all need a little sun in our lives at the moment.

I am still in voluntary isolation, having enough food without starving. However, tomorrow it is at an end and I will again break out to the local supermarket to see what is on offer. Since the big food panic of 2020 is now over, we can act like normal human beings, being courteous with each other, and push and shove is now a thing of the past.  We have to keep our distance from each other, so if you really have to eat a few cloves of garlic with your meal you can now do it. No-one will get close enough to notice it.

Talking of isolation and protection from the dreaded you know what. I saw a link to a very useful site this morning.I was just going to pass it further, but then I realised it was in German. Anyhow in a nut shell it said that if you would have symptoms of lung problems, not to lay down but stay upright. There is an exercise of raising your arms up and down to clear the airways, also when you are not infected, a few times during the day. Also for the golden oldies like myself particularly, drink enough and regularly. And the lungs need fresh air, so open the windows. Even a draft is fresh air. I found this advice quite good and will be following it myself, every little helps. for those that are versatile in the German language I will include the link here. It is actually a WordPress blog: Coronus Help Tips. I have my niece to thank for the link that she put on Facebook.

And now to return to the normal way of life, if such a thing exists. 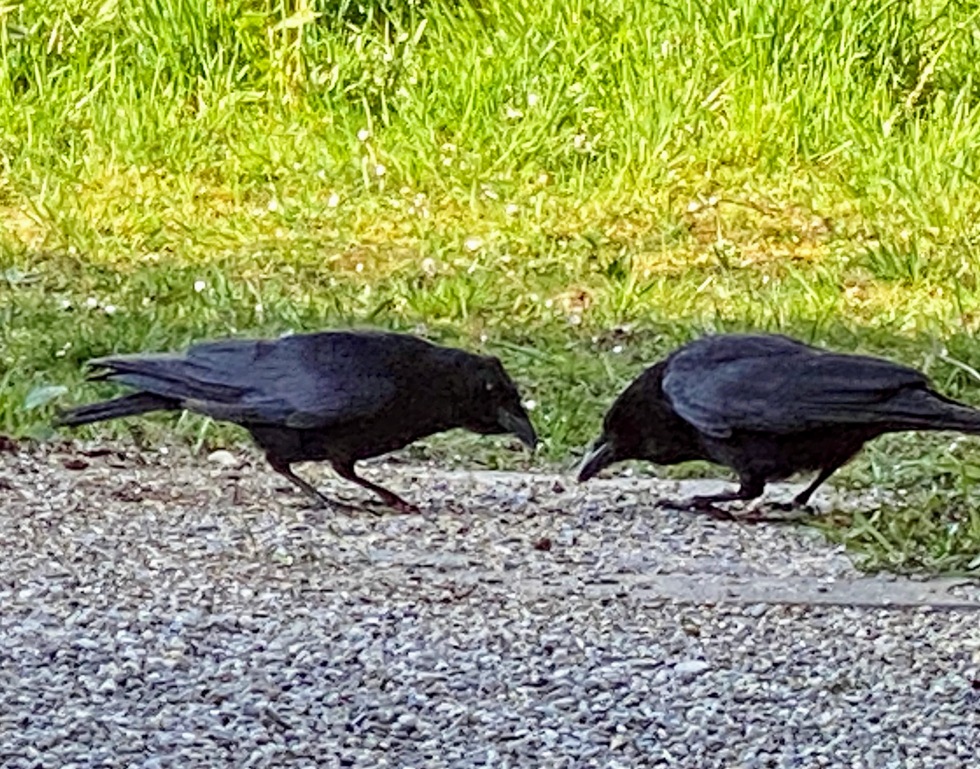 There were two crows outside this morning making the most of free food and they seemed to be quite happy. Perhaps it was a pair although I am not so clear who is who in the Crow family. 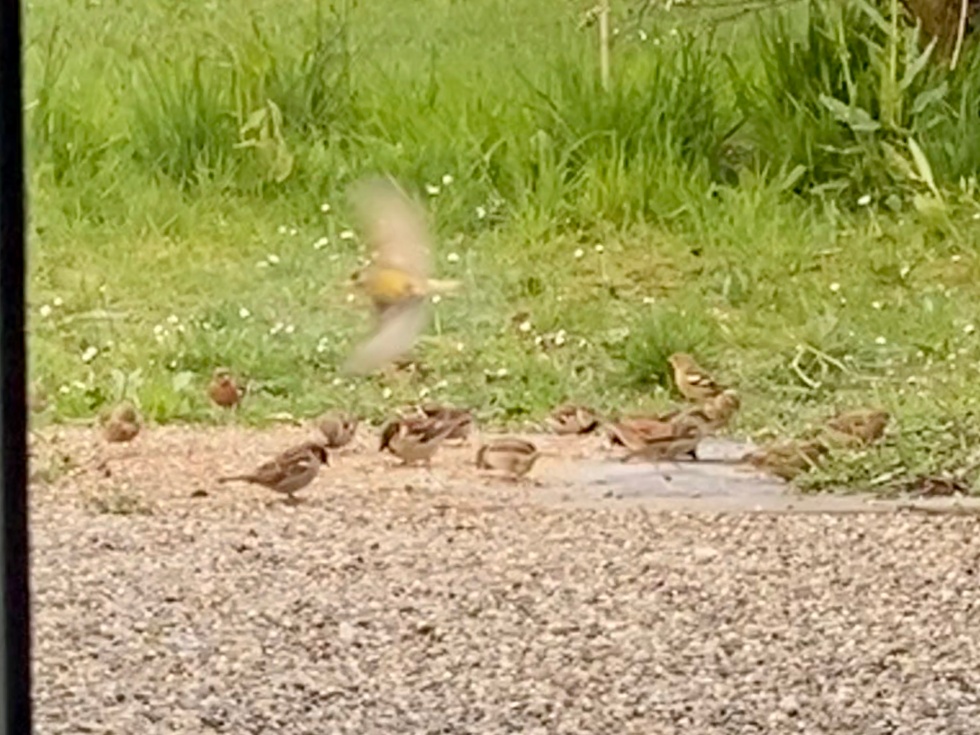 And of course there were sparrows, one giving a flight demonstration whilst the others pecked away ignoring the efforts. 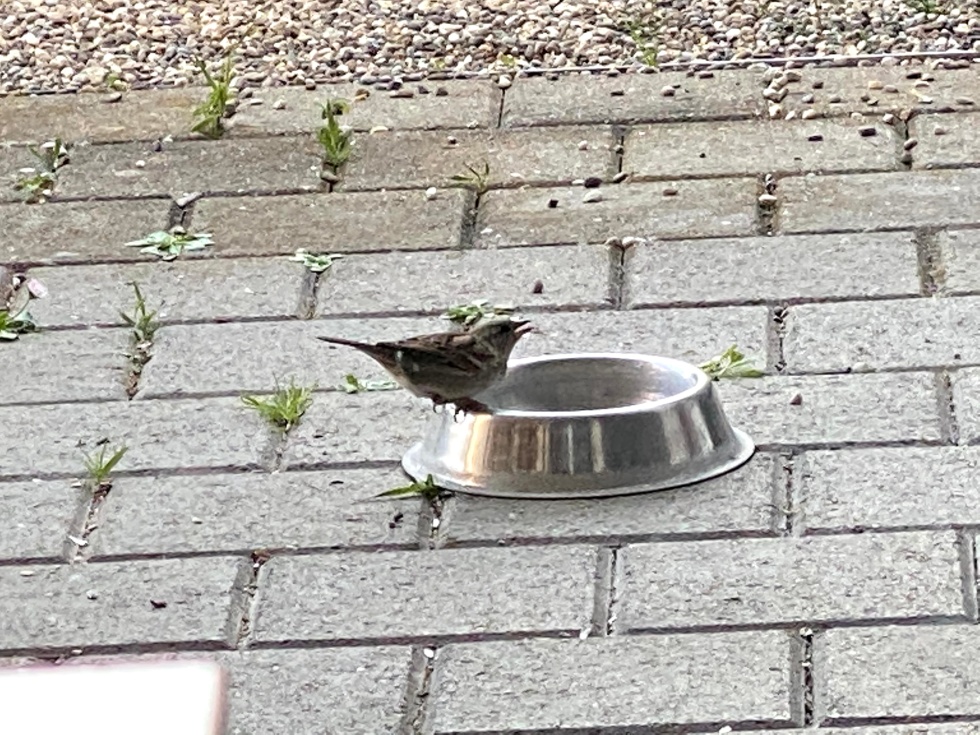 Or decided to quench their thirst.

I at last got my deep freeze chest yesterday. I must say the two guys that brought were one of the quiet heroes in this mess we have at the moment. They came from the Kanton of Bern, which next to our Kanton and I got an SMS on my telephone to say they were on their way. I decided to go out to the parking place to show them where to go and after three minutes they had arrived. It was then a matter of opening the garage for them to bring it to my laundry room. It really worked well and the two guys had to lift it and walk with it for a short distance. The fitted it up in the room and now it is here. We all kept our distance from each other, we all knew why. It is plugged into the electricity, but the great switch on will be this afternoon after waiting the customary 24 hours for the various liquids in the freezer to settle after transport. I have a few things to put into it, but will get some more when I break out tomorrow.

In the meanwhile I saw there is now an app created by my supermarket, together with the Swiss organisation for golden oldies. You can order your goods and they have various helpers in you area as well as for other parts of Switzerland, that will bring the goods. The people bringing the goods pay for it and are reimbursed from the supermarket afterwards and that is where the problem is. It has not yet really been well organised and many helpers are now refusing to do it, because they are only getting their money two weeks later, so I decided self help is for me easier at the moment.

And now I have been here long enough. There are things to do, even in isolation, like a little housework. I just turned my head outside to see what what happening and our neighbour’s cat, Roschti, was just helping himself to a drink of water. 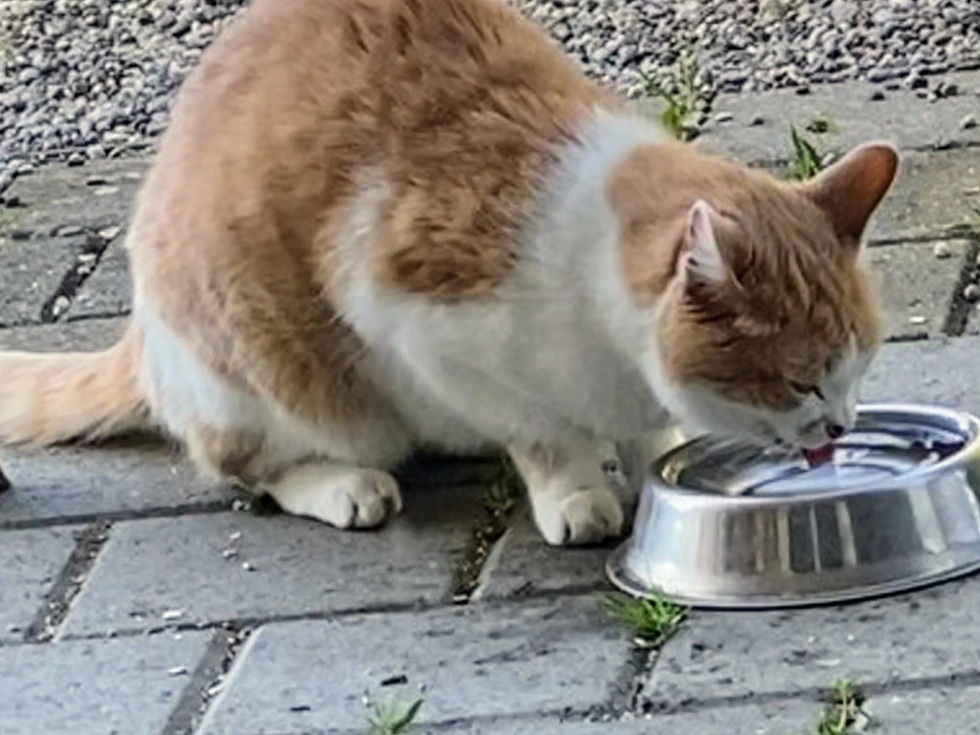 Have a good day everyone, and don’t forget to do your breathing exercises, keep away from the others and I am giving a virtual wave to everyone. Is it me, or are we getting a little closer in the face of the floating hairy peas in the air, our common enemy. Keep safe 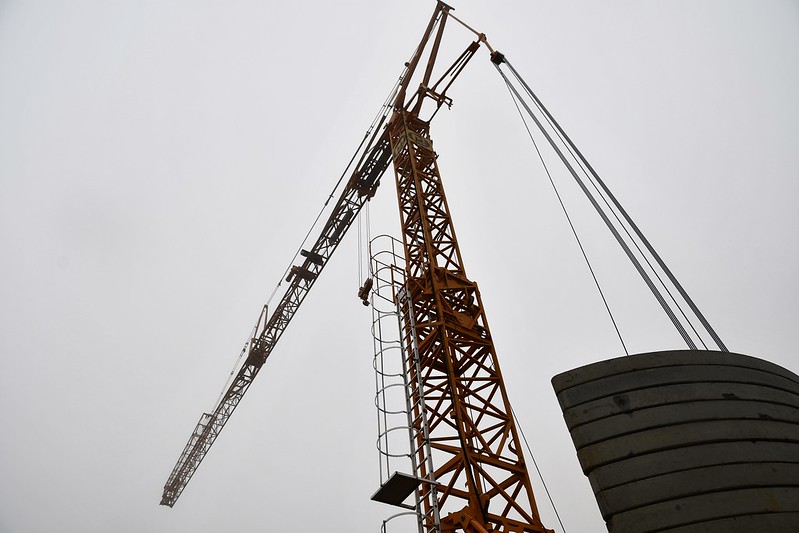 Cranes are full of triangles.