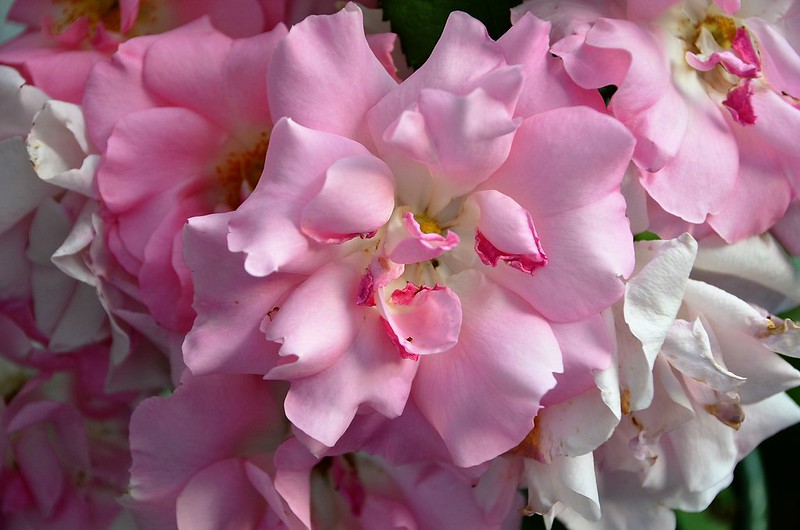 A fragrant rose in my garden. 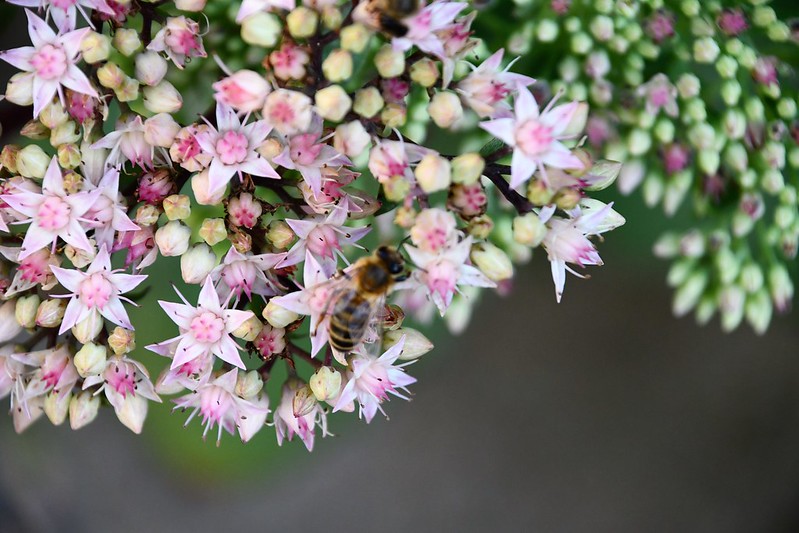 And photo bombed by a bee 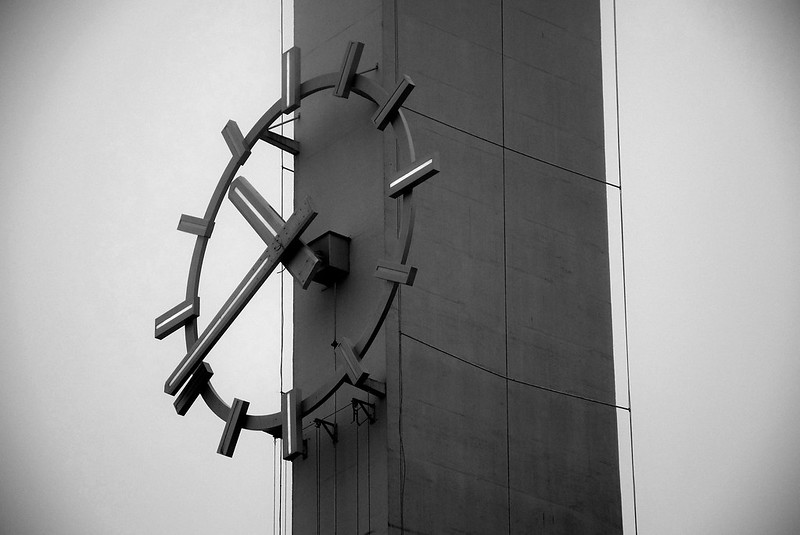 A Clock at the local supermarket 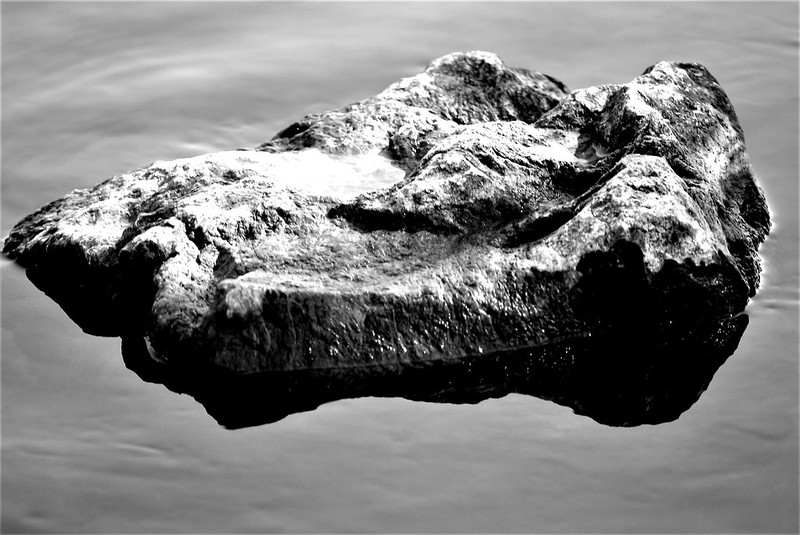 A Rock in water 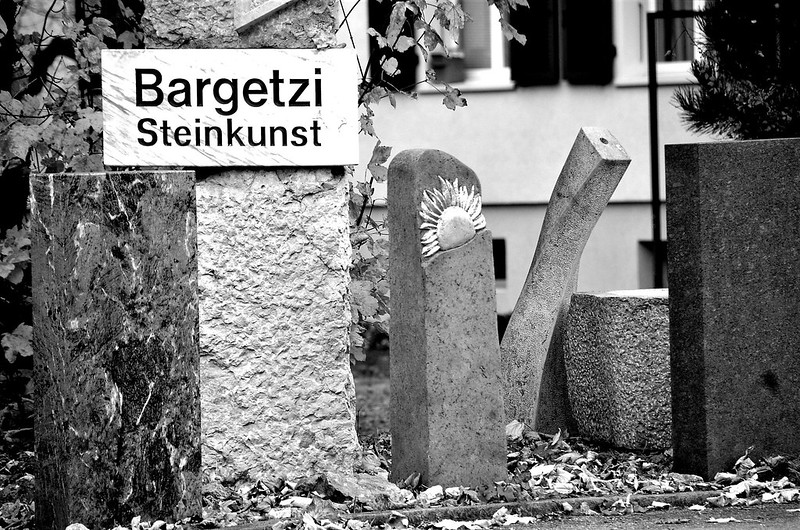 A Rocky show at the local stone masons 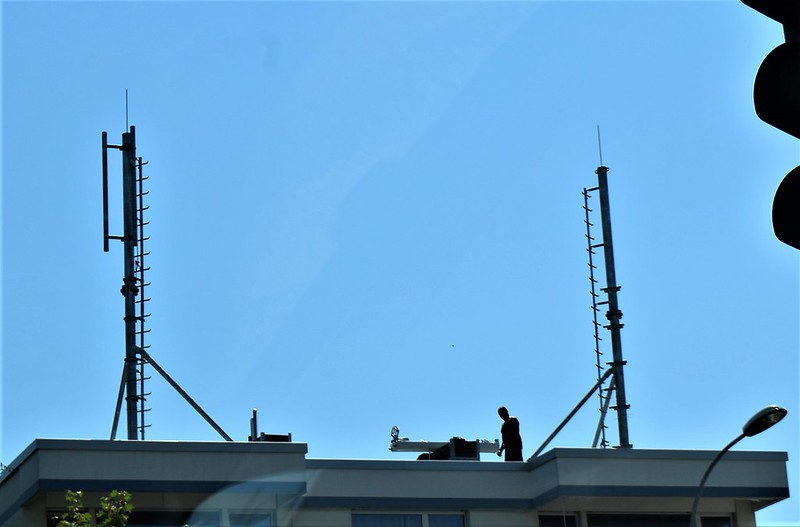 It began a couple of years ago. Everywhere I looked I saw these objects on various rooftops. They appeared everywhere.  There were even shadowy figures of men mounting them. Was this a new surveillance system from our government, looking into our private lives? Some say it is for 5g which is the fifth generation wireless technology for digital cellular networks. At least that is the explanation I found on the computer. Unfortunately I did not understand it. Another explanation was for receiving signals for my mobile phone.

I do not believe any of it. I am sure if George Orwell was still with us he would have found the reason why: Big brother is watching you – of course., perhaps the Martians have arrived.

This is the result when people get afraid. Here there used to be three different sorts of hand sanitiser  in the supermarket and now there is nothing. But wait a moment. I decided to have a quick look in the chemist shop. The assistant (who knows me as a customer) asked if she could help. I told her probably not because I want what everyone else does. She then proudly presented the days delivery.

There were about 30 bottles of alcohol for the hands. I do not use it, but Mr Swiss does and I could imagine the happy look he would have when I brought home a new supply. I decided to get two bottles to be on the safe side. I said now there is enough in the shop and the shop assistant  said that by tomorrow they will all be sold most probably.

Anyhow I now have a happy Mr. Swiss. He added it is not exactly the same one as he buys, but I reminded him that beggars cannot be choosers. I also added that I bought it with his plastic card.

Again a cloudy begin to the day, but at least it has stopped raining, although it looks like there is more to come. There is also a cold wind blowing and Spring seems to be taking five at the moment.

I was not very active here yesterday. The clinic appointment with No. 1 son took longer than I expected. Coupled with the fact that my son or I had no time or chance for eating a lunch it was not a happy day.

First of all I had to pick him up from work and as you can see the rain was pouring down. I was waiting in the car for him to finish so that I could pick him up and we could drive further.

The clinic was further along the road and situated in the village where my supermarket is. To pass time whilst I was waiting I took a few photos from the window of the waiting room, but it was a wet landscape.

The rain clouds were hanging low over the Jura mountains and there was not very much to see in the way of good views.

Eventually we arrived home and at last could settle down to having dinner, even if it was late afternoon. I cancelled an evening meal and found that if anyone was hungry they could help theirselves later to what they found in the fridge. I was just too tired to even look at my computer and was really not in a good condition to write anything. I uploaded a few photos and programmed a short entry for this morning but was glad to be finished and put the computer away until today. I eventually had a TV evening.

This afternoon is yet another week-end shopping trip and I will be glad when I have it behind me. No. 2 son and family will be visiting on Sunday so there will be some action especially with a three year old and four month old. The grandkids are growing and the grandparents are getting older.

And I will be moving on. I have a pile of ironing from the washed bed linen, the duvet and cushions covers. I don’t mind doing it as I can listen to the local oldies radio station on my iPad with the songs I used to know and can sing along. I now have the habit of listening to the radio in the car, the normal local station. They bring the current “hits” of the day, It is usually quite smooth music, a lot of repetition and some rap. I don’t mind it, although today there does not seem to be a lot to sing along with. A lot is repetition. Where have the Beatles and Elton John gone? Even music makes me feel my age.

And now time to move on. At least today should be a normal state of affairs. Hope you all have smooth runnings and no stress. Even clinics have some nice flowers, and I leave you with this one I took a photo of in the waiting room yesterday.

I think it is a camilla, but am not quite sure.