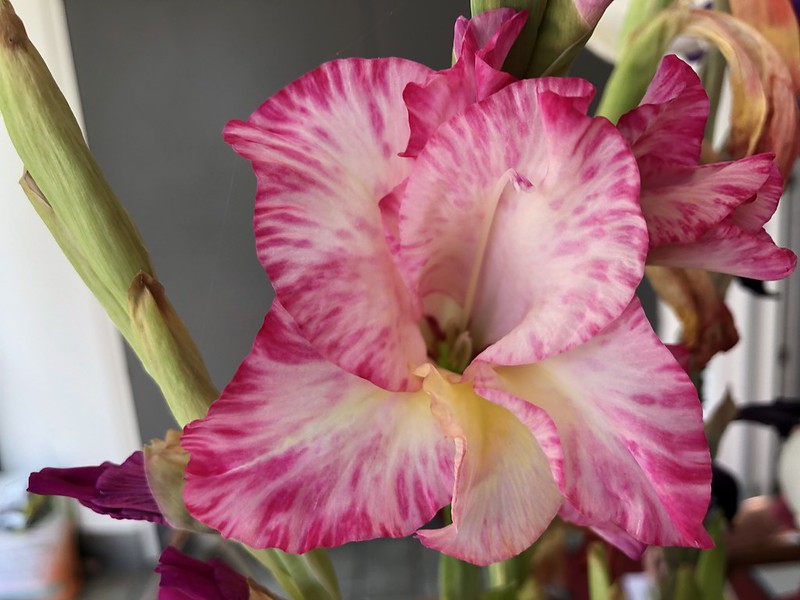 Gladiola also have their talents.

A bird in the hand is worth two in the bush 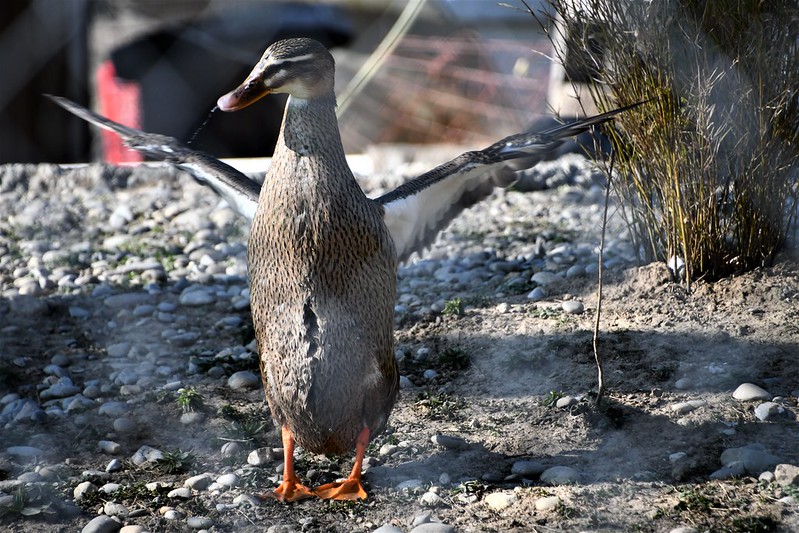 Some birds just do not want to sit on your hand. 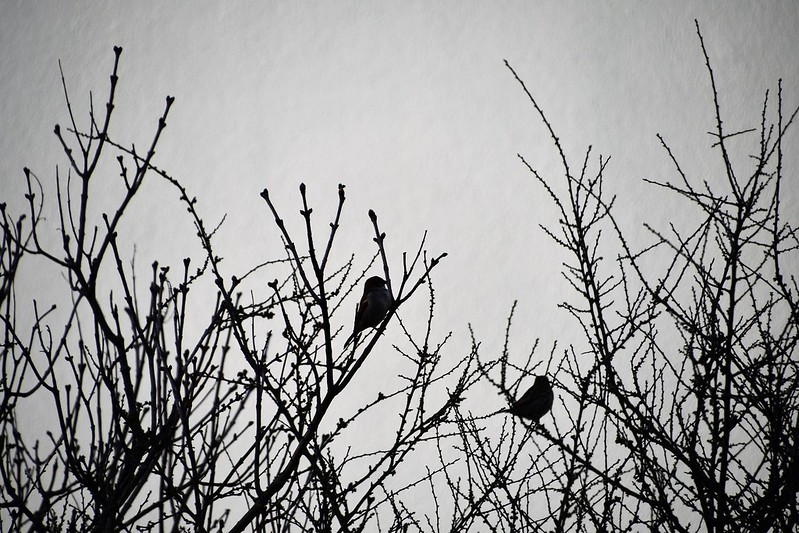 Not to mention the two that are sitting in the bush. 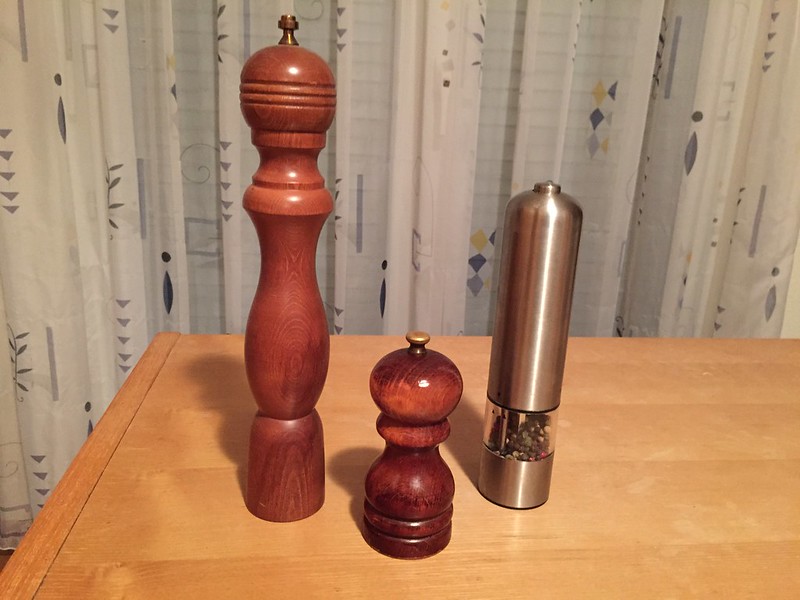 It was only the pepper than made me sneeze
And they used to say bless you
Now I am left all on my own
I just blew my nose and said ah-choo
It is not the virus, I am feeling fine
They look at me as if I was satanic
I tell them to stay cool and remain polite
Before they break out in panic
And now I am left at home on my own
I have been put in quarantine
So now I can sneeze as much as I want
There is no need for vaccine

Today our government decided to go a little viral. At the moment Public Enemy No. 1 is so small it cannot be seen with the human eye but it attaches itself to people. It goes by the name of Corona virus. The first command is wash your hands. The government did not exactly say when you should wash your hands and up to now I have not seen people with their hands permanently in the sink. It has been left to our own common sense.

The next command is if you have to sneeze and you don’t have a handkerchief, then sneeze in the crook of the arm. Do not ask how that is supposed to be done. Of course the handkerchief is better, but it should be a paper one and afterwards immediately be thrown in the bin. Apparently sneezing into the hand is not very good as hands tend to get wiped in strange places and you cannot throw them into the bin. These are the first rules.

Now it goes further. Alain Berset, our government head of the Federal Department of Home Affairs, is not the most popular person in Switzerland, especially in the area of Basel. Basel is a Swiss town on the borders of France and Germany and is they have the biggest carnival in Switzerland. It is a way of life at this time of the year, or was. Mr. Berset has now decreed that there will be no public events with more than 1000 people until mid March, when he is hoping that the Corona virus will then have disappeared. There will be no football matches or pop concerts held. Sport meetings may be held but with no spectators. Government sessions will be held but without the public attending and a reduced amount of newspaper reporters. Up to now no-one has died in Switzerland and the first patient has now been released from hospital as being fully recovered. As he is a golden oldie like me, there is still hope.

Someone asked Mr. Berset if church goers are also affected by the ban on large congregations. There is not danger, he added. The only church where he has seen a congregation of more than 1,000 was in St. Peters in the Vatican city in Rome. Up to now the village church in Feldbrunnen has only had large congregations at weddings or funerals and if there are more than 100 people they have to wait outside.

Mr. Swiss was worried about my son having a chance of getting the virus when in town. I managed to calm the whole family, when I told them that if anyone would get the virus, it would be me, as I am the only person that daily has contacts with people in the supermarket.

Even Mr. Swiss was more settled when he realised that. Now I am wondering if I should wear a mask when I go shopping, although I would probably be the only person in the supermarket with one. 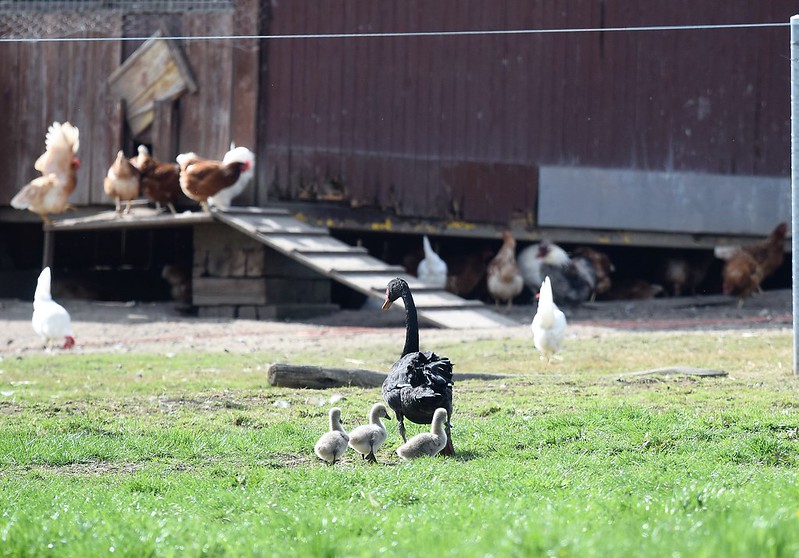 Mum taking her cygnets for a walk to see the chickens.  They might be short now, but one day they will be as big as their mother.

This is really the sunrise from this morning, but looks almost the same as yesterdays, although today we have no snow or high winds. Yesterday was a real exciting day weatherwise. Midday it began with snow, in the middle of the afternoon it was rain and the evening arrived with winds that shook the windows. Needless to say my day was spent at home watching the birds and playing with my computer. I was wondering yesterday what I used to do without a computer. It was the days of knitting and sewing. If I had nothing to knit, I was probably unravelling old pullovers and crocheting a bed cover with the used wool. Even making clothes for myself and the kids was another little hobby I had.  They were the days when I had family. Of course I still have family, but they are not hovering around here, and prefer to make themselves independent.

Son No 1 disappeared into town yesterday afternoon in the rain and storm, to his favourite local. Mr. Swiss warned him about getting too close to people because of our newly discovered Corona virus and was on the throws of telling him to stay at home. I decided that was a little exaggerated as up to now the reported cases are few and far between and not in our area. The people with the positive reactions are mainly travellers that returned from Italy.  However, it is always good to know how to take precautions.  The latest government instructions is frequent hand washing, sneezing in paper handkerchiefs to be thrown away afterwards and as a last resort a mask, although I have not yet seen any Swiss walking around with masks covering their faces.

Yesterday afternoon I had an invasion of small birds in the garden. At first I thought they were sparrows, but at a closer look realised that they were actually chaffinches. The better looking ones with the more intensive colouring are apparently the male birds. The nesting season is now beginning and so they are probably on the search for a mate. I had never seen so many of them at once.

This one had the feathers fluffed up.

Of course there were the usual crows foraging for food delicacies. This one decided to fly as I was ready for a photo.

And so for another day in the Swiss wilderness. This morning the usual chores with a little bit of ironing and the afternoon will again be a week-end shopping session. At least the sun is now shining, and apart from a colder wind blowing, there is no sign of snow or rain. At last I have a very big thick envelope full of income tax documents that will be sent off today. When the tax form is completed by our expert guy  I can send it off to the authorities and forget the whole thing for a year.

Have fun everyone, take it easy, and see you around.