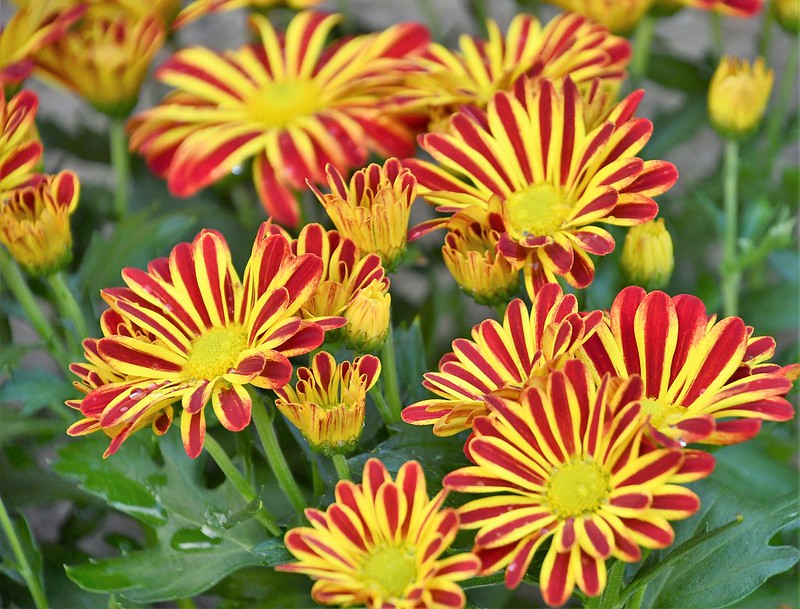 They were available in the local store last year in August. 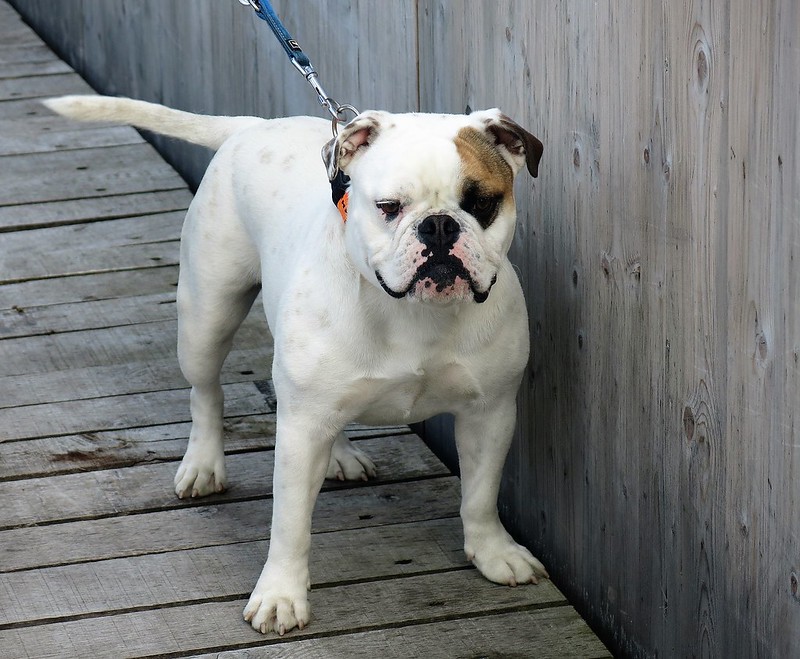 There are some dogs that I would prefer to let lie. 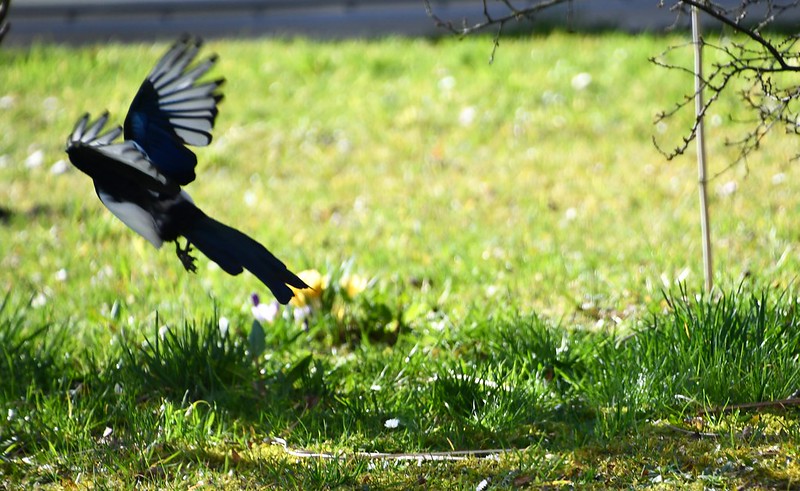 It is not a myth. When Rossini wrote the opera “The Thieving Magpie” he knew why. Here you can see one just flying off with the daily ration of peanuts.

I suppose life has not really meant well. There were times when I went shopping, moved around in the supermarket, put the goods in the trolley, paid at the till and was finished in half an hour. When we were both retired, Mr. Swiss would come with me. Shopping is not always fun, but we made the most of it and it was good to go together. Now I go on my own, use the trolley not only for the shopping, but for support whilst hobbling around. After an hour I am usually finished. That even includes an excursion to the kiosk for Mr. Swiss cigarettes.  It is not very often that he comes with me. He also needs support when walking.

I refuse to give up, I might be a golden oldie, but my brain still seems to work and there is always something to give you that unexpected push.

Today I found the push. It was a wonderful sunny afternoon and I went outside at the supermarket and there they were, a wonderful view from the parking lot. The Swiss alps could be seen in their glory. They almost looked as if you could reach out and touch them, although it would be a couple of hours on the motorway.  I did not have my camera with me, just my mobile phone camera, but holding onto my trolley I decided to try for a photo. I walked across and got as close as possible without having an accident.

Not bad for a mobile phone photo from a supermarket parking. Is it the alps that are resilient or me? 🙂 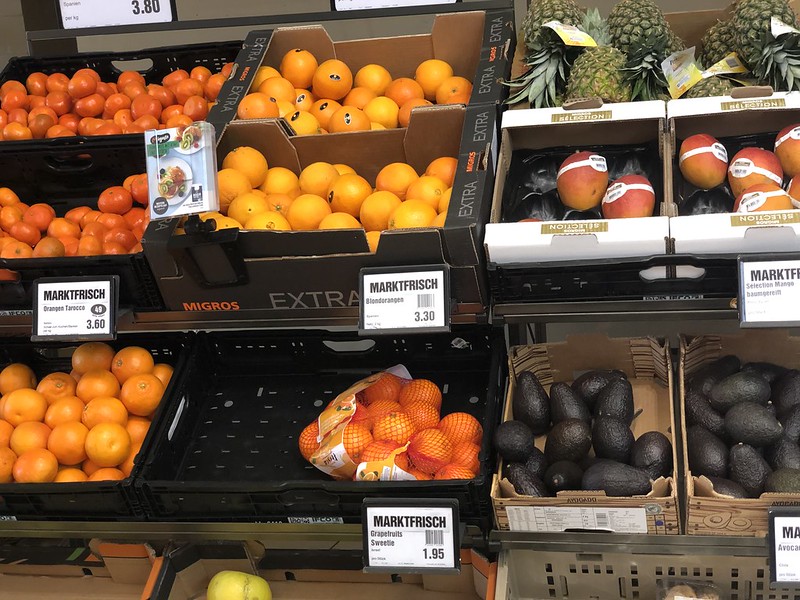 A fruit selection at the local supermarket.

I was up a couple of minutes earlier this morning. Not very much, but the sunrise was already in progress. It looks like a good one today and it seems there will be temperatures of 20°C, real Spring weather. At the moment we are getting blue skies, and it looks like the days of outside life are approaching. 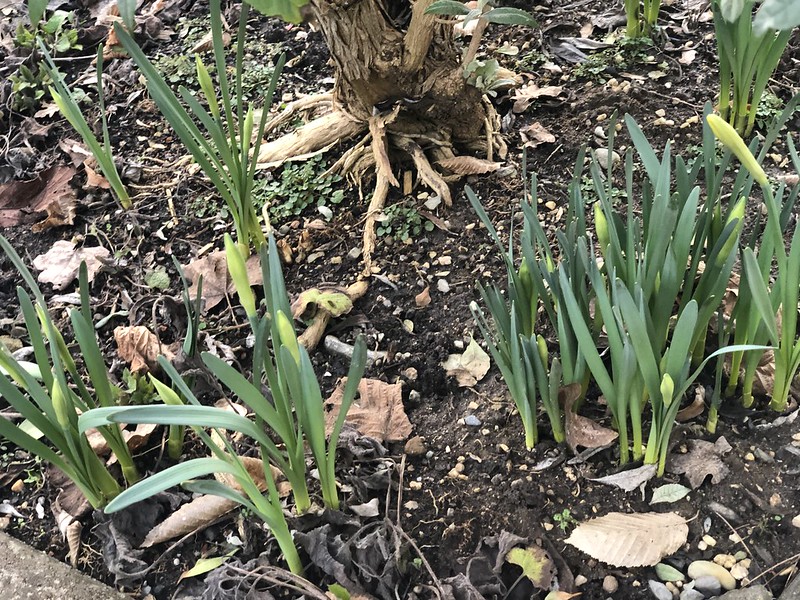 I noticed that the daffodils in my garden already have buds. The neighbour opposite already has a couple that are flowering. Spring is certainly a wonderful time of the year.

Yesterday was quite dull. It was the day of the big carnival procession in town which is not my sort of thing. With a wheelchair it is difficult to get a front place to see anything and there are too many crowds. Actually I had a different journey to make. My car is running low on gas, although I could still have driven for a few days, but I like to tank up on Sunday afternoon. I go to the local supermarket which is naturally closed on Sunday, and I usually have all 4 tanking stations to myself. It is only about 5 minutes away from where I live and the roads were empty. It is much more relaxing without fitting myself in on an empty pumping station. I have mobility difficulties as I have to use my stick for support and climb a step to reach the card acceptor and I need time for that. I could do it nicely relaxed yesterday with no-one waiting for my pump. As I was driving away another lady arrived with the same idea as me. I hope filling your car is not becoming a Sunday habit.

Afterwards I spent the afternoon at home dithering around with this and that. They were showing the Dunkirk film on TV yesterday evening and Mr. Swiss decided to watch. I was reading on my Kindle but was following it in the background. Most know the story of how the British troops were trapped on the beach in Dunkirk with the Germans backing up on them and no way of escape. It was then that the various Brits across the channel with their small boats sailed over to Dunkirk and rescued thousands of troops from their predicament on the beaches. I had see a few films with this theme. I must say the film was OK, but nothing new.

We had another visit from our lonely robin yesterday. He waits until the coast is clear and the other feeding birds have gone and then appears suddenly for a quick peck. They are always alone and you never see them mixing with the other birds, so I have to be quick with the camera, as he disappears again.

We have alarm in Switzerland at the moment in connection with the Corona virus that is spreading over the world from Hunan in China. We had four suspected cases in Switzerland, but they were not confirmed. Now the illness has turned up in the Northern part of Italy, closer to the Swiss borders, now more than 100 cases and many north Italian towns have lock down. I have heard that the Swiss will be closing their borders to Italy for the moment. They have quite a few cases in Italy and as far as I know two people have died up to now. It is very worrying, although I am not panicking, but it seems to be moving to other countries. Iran is apparently a big question mark. No-one really knows how badly it is spreading there. In my part of Switzerland no-one is being issued with protective masks, but in the Italian speaking part of Switzerland they are being issued.

And I am now moving on. The magpies have already helped themselves to breakfast outside, there are more of them daily. Must be Spring in the air. 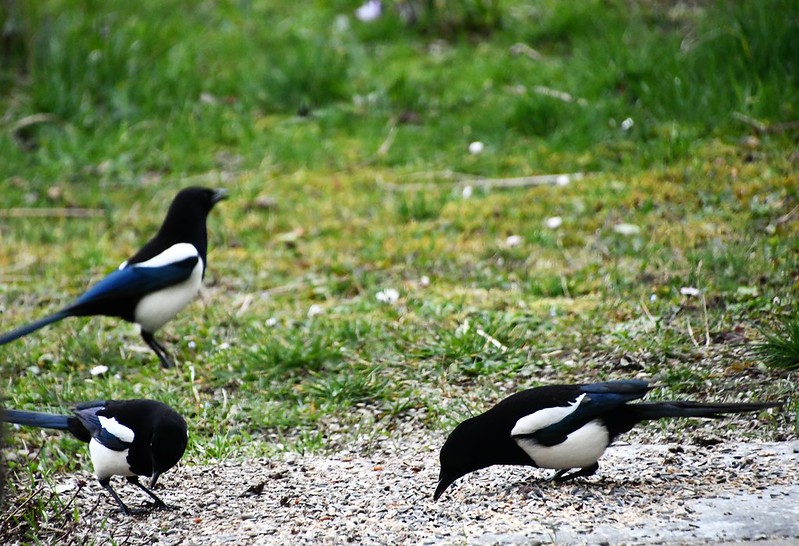 Have a good safe beginning to the week and may it be a good one.