No great sunrise, too many clouds, but an aircraft is winging it way above, probably going to Zürich airport according to its path. It promises to be a good day today, no rain, so I am hoping for the best. Our carnival begins today although I was surprised that I was not awoken by the groups walking into town from the surrounding villages. It is an early morning start with some called “chesslete” meaning dress up in a white night gown with a hat complete with tassel, and you must have a red scarf around your neck. The most important thing is to take something with you that makes a noise, something to bang, perhaps a trumpet or motor horn and wake everyone up. I do not know that was wrong this morning as I heard nothing, neither did Mr. Swiss. I was probably sleeping too well.

I am not a carnival person, more a spectator. I am planning to go into town this afternoon. It is the afternoon for dressing up and holding a confetti war with everyone. There will also be various music groups, dressed for the occasion of course. My aim is to take a few photos, 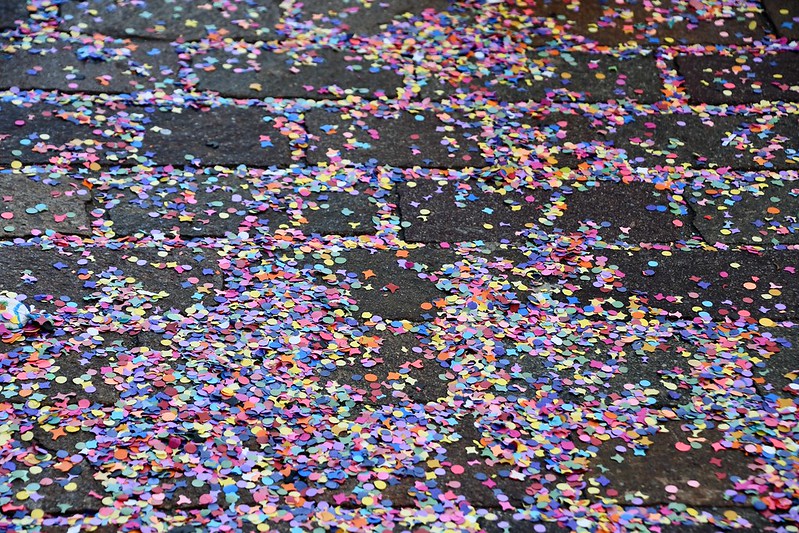 However in the meanwhile my day will be as normal as usual.

I now have a new orchid and for lack of orchid space I have it on the kitchen table. I could not resist it. It was a special price and a white one, which I do not often see. It is one with three flower stems, they usually only have two. I have an orchid that is preparing to lose its last flowers, so this will afterwards take its place. In the meanwhile it is brightening up the kitchen.

Outside things are also in action and one of my raised beds is now full of flowering crocus. There is also a patch of them in the garden. It seems that nature is really getting ready for Spring. It has been a really strange Winter with no snow, although there are now some patches in the higher ranges of the mountains.

Of course our alps (these are in the Bernese Overland) have more or less permanent snow, although it seems due to climate change and being a little warmer, the snow is melting faster than it should.   The photo is from last week. I wonder what it will uncover when it melts. Here we have the Eiger in the middle with the infamous north wall facing, the one that is very steep, overhanging in places, and most difficult to climb. There are still a few missing mountaineers somewhere in the depths of the wall in the crevices.

My only climbing today will be replacing the bed linen which is strenuous enough, although with a little help from Mr. Swiss I am hoping to be finished with it in half an hour. We have already recovered the duvet and cushion, now the strenuous bit turning mattresses and hoovering below, but honestly speaking, a golden oldie has the time, perhaps not always the strength.

I still have the tits visiting in the garden, but they prefer to eat in leisure without the noisy sparrows an have their own table food.

Have a good day, be kind to your computers and above all no stress. See you around later.