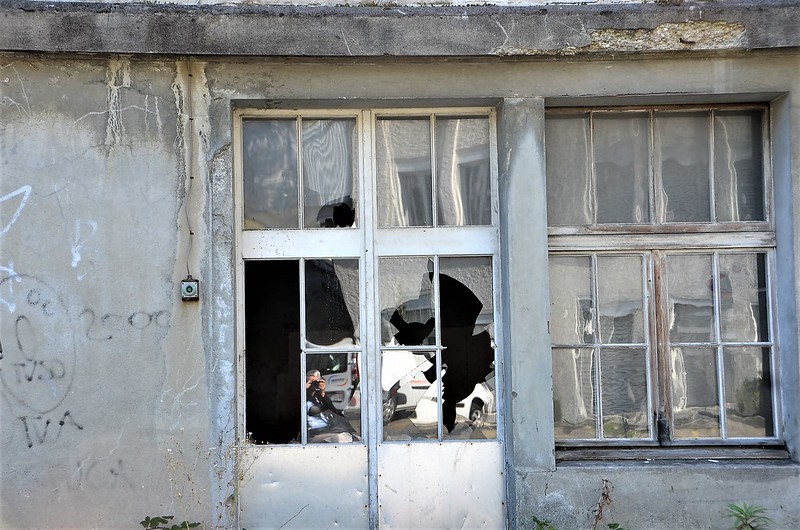 If you lived in a town that was a target during five years of war, and constantly bombed by planes flying over, then you get used to see broken windows. Admittedly I grew up after the war, but it was post war London and there was a lot of broken glass windows around.

I must admit if you lived near a so-called “bomb site” you did not really care very much for the condition of the houses still standing. We kids on the block were growing up in a working class district and there were no Kindergartens Computer games were written with a pencil on paper, or perhaps scribbled on the pavement with chalk. When things got boring you visited some of the skeletons of the houses still standing and if there were windows still in one piece, that was one of the new games They did not remain in one piece for very long.  Of course it was the boys that did all the adventurous stuff, we girls preferred to have a look around in the abandoned gardens for flowers.

It did not make a lot of difference if there was once glass, and we all threw our stones now and again. It was all in the name of further education, to see what would happen. No-one got the blame, no-one was accused of damage and our mums and dads? We did not tell them what we did, they would only have been worried unnecessarily.