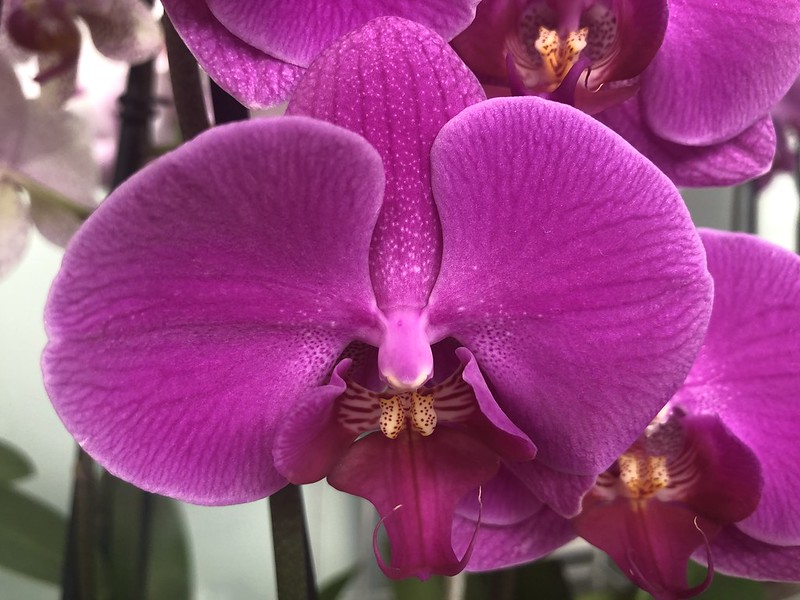 Another one of my orchids

Don’t look a gift horse in the mouth 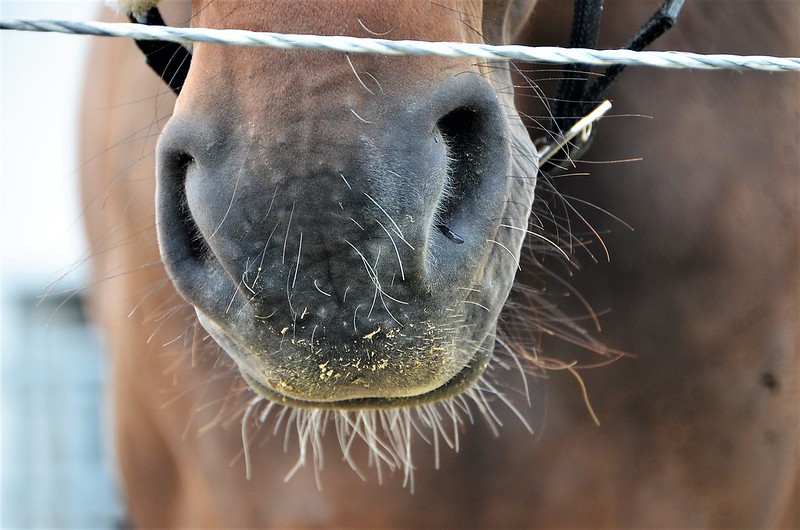 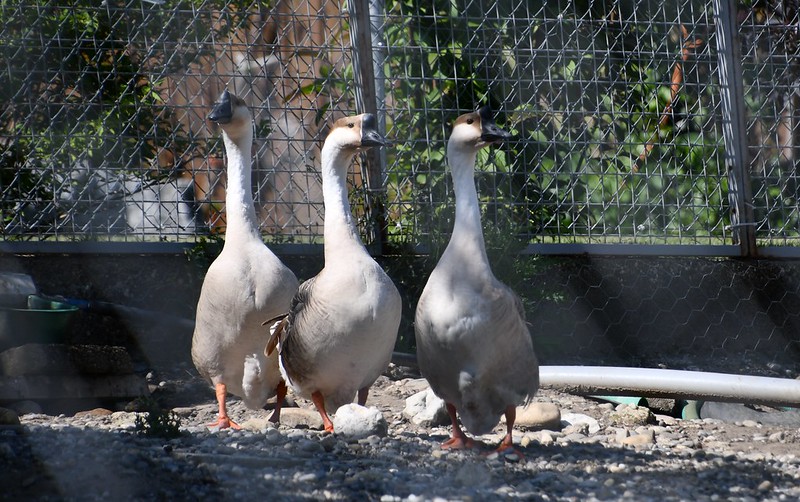 You cannot have a debate with a goose, but just listen, they always have something to say.

At the moment I am waiting for the chilli con carne to cook. I decided to have an afternoon at home, taking it easy and no stress. I could have gone into town and taken a few photos, but when I arrive home I have the evening meal to cook and that would be stress. Now I took it easy and it is now bubbling in the kitchen. This is a waiting game I don’t mind.

Roses are always something special and each new colouring is impressive. 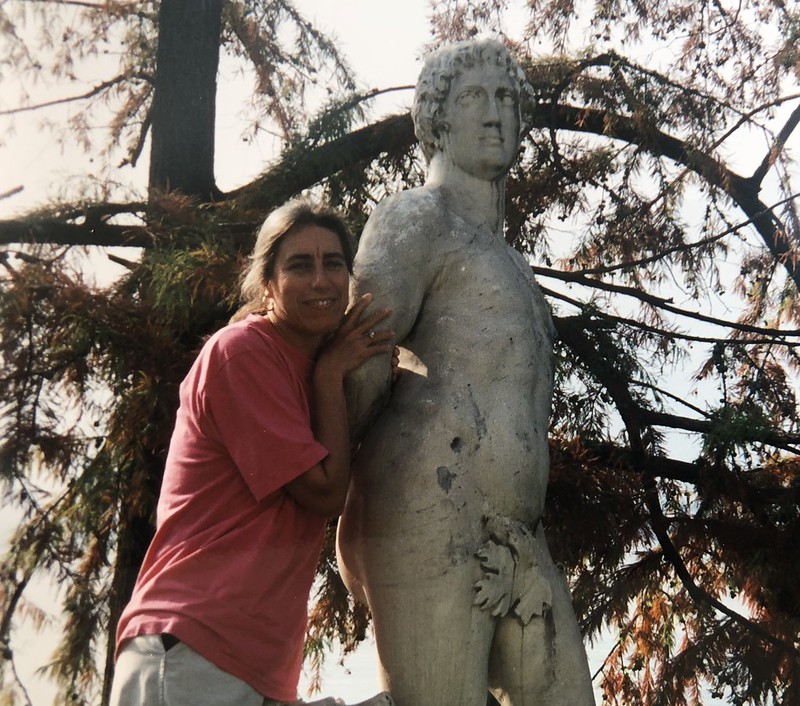 Be my valentine. He ignored me.

Six Word Musings: Be My Valentine

It is a bit of a paltry morning greeting when this is the only photo I have to show it, but after our various constant changes in weather and matching sunrises, we are now left with a grey lid over our heads and a layer of frost on the grass so nothing exciting. Coupled with the fact that my photo programme (Flickr) was once again having problems yesterday evening, I am now making do with what I have which is not very much.

Yesterday afternoon was good weather for a photo trip, but unfortunately I do not have time for taking photos when shopping. Although it was Valentine’s Day. I do not do Valentine, nor does Mr. Swiss, but in a small effort I took a photo of something Valentine in the supermarket.

Admittedly it is nothing special, just a red plastic heart with some plants sprouting out of it. It seems that advertising gets mixed with everything today, and a well known chocolate manufacturer also got in on the act with its heart shaped box. In a romantic moment (and I do not have many when shopping) I was intending to send Mr. Swiss this photo to brighten up his moments at home whilst I was on my quest. However I realised that my telephone did not have a direct signal and I would have to make a few alterations to get one to send the photo. I decided it was not worth it and gave up. I eventually sent the photo at home but mass produced Valentine Day hearts are not really so effective.

Yesterday was quite a heavey day for shopping and I had five bags full to lift from the shopping trolley and put in the car boot. Once again I met a helpful angel in the shape of one of the shop assistants that was outside on the parking lot having a smoke. She immediately offered help and held my trolley to stop it rolling away whilst I put the shopping in the car. It is those little things in life that are big things for me and I was very grateful.

One of the items I had on my list was extra large envelopes to be able to send the tax documents to our tax advisor. No. 1 son has now a complete set and I can send them on Monday. Being autistic it would be too much to expect from him that he would complete the documents, but he collects them according to our instructions and we complete the rest. I also bought some paper clips, as our supplies have diminished considerably. I decided on the nice colourful ones, which were only 20 rappen (cents) more expensive than the others, as I found them quite pretty. Mr. Swiss found that they were OK, but perhaps a little too much on the colourful side if needed for the tax man – typical man, no imagination.

Otherwise all I have to show are a few groups of crocus sprouting in my garden. I do not even remember planting them in this part of the garden, but they prove that Spring is springing somewhere. It only seems like yesterday that I was on the search for Autumn.

And now to move on, Saturday still has its various chores. I remember the days of being a working woman and really looking forward to Saturday. 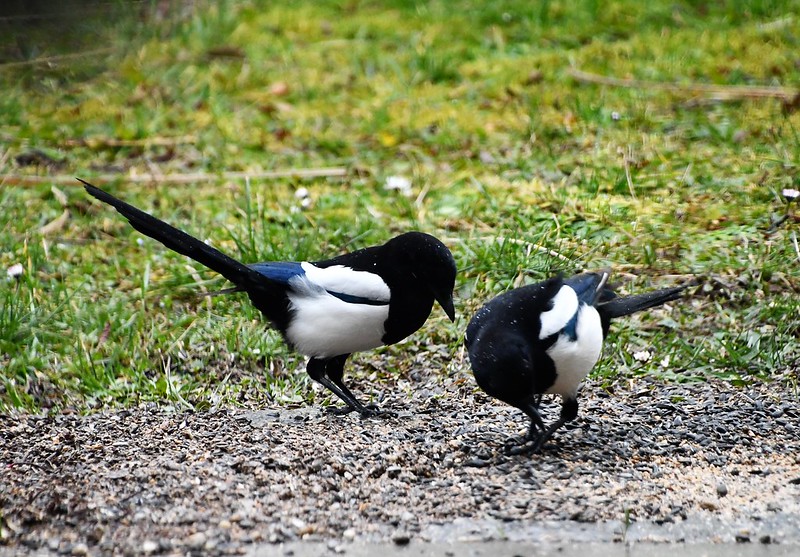 Have a good day everyone, and a good start to the week-end.