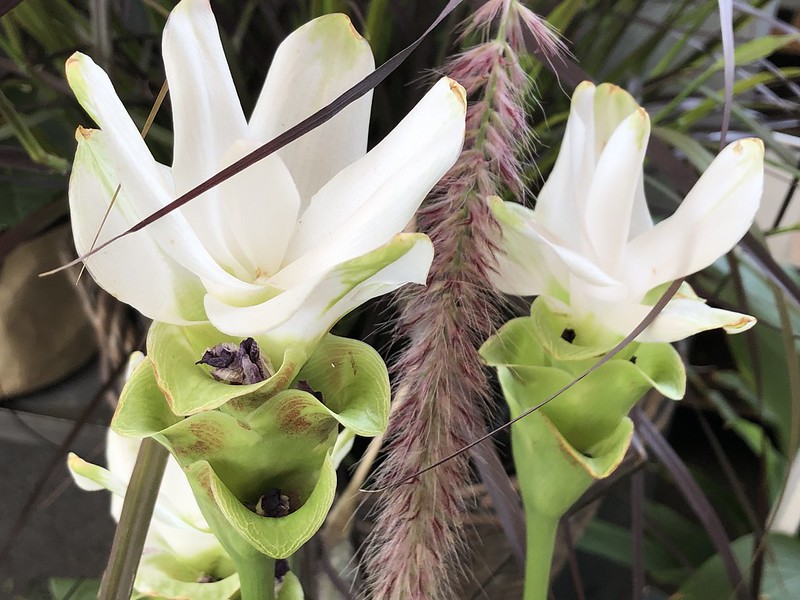 Not only a spice for your far eastern food, but it also had a very pretty flower.

Barking up the Wrong Tree 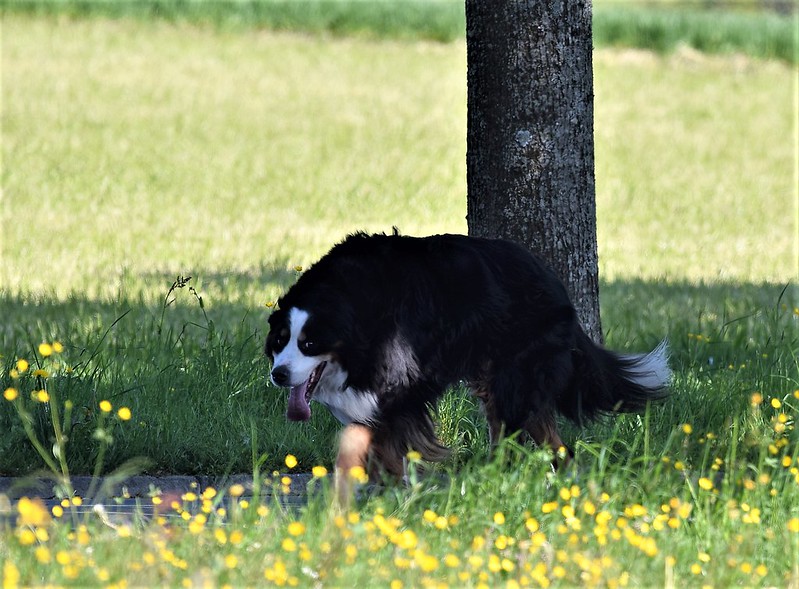 A tree is never wrong, but you can use it for so many better things than barking 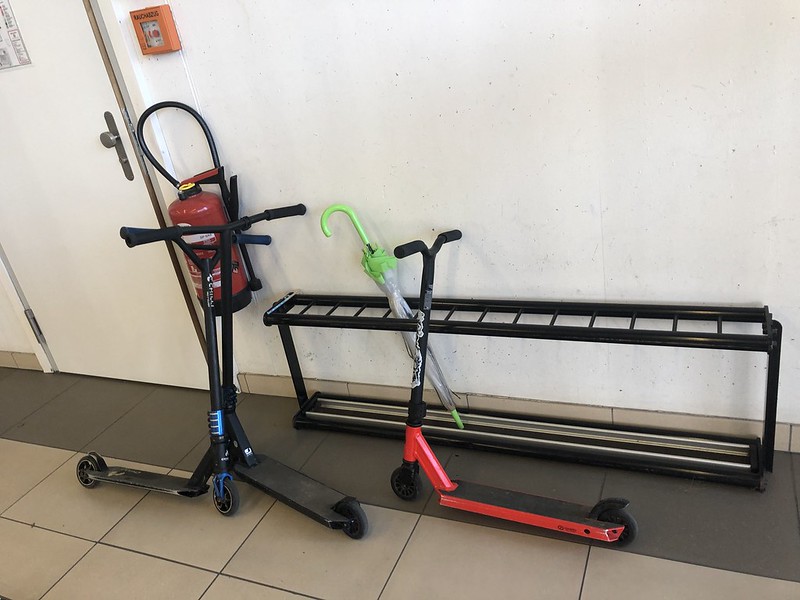 I was at the supermarket today. At the entrance there is a small parking space, usually occupied by various dogs. waiting patiently for their owners. Today we had quite a strong storm blowing with the name of Sabine and I noticed on the way to the supermarket that the roads were more empty than usual. I assumed it was because of the strong winds, although it was not so bad. However today I saw three scooters parked at the supermarket. Was this the housewife’s solution to advance against the stormy winds. 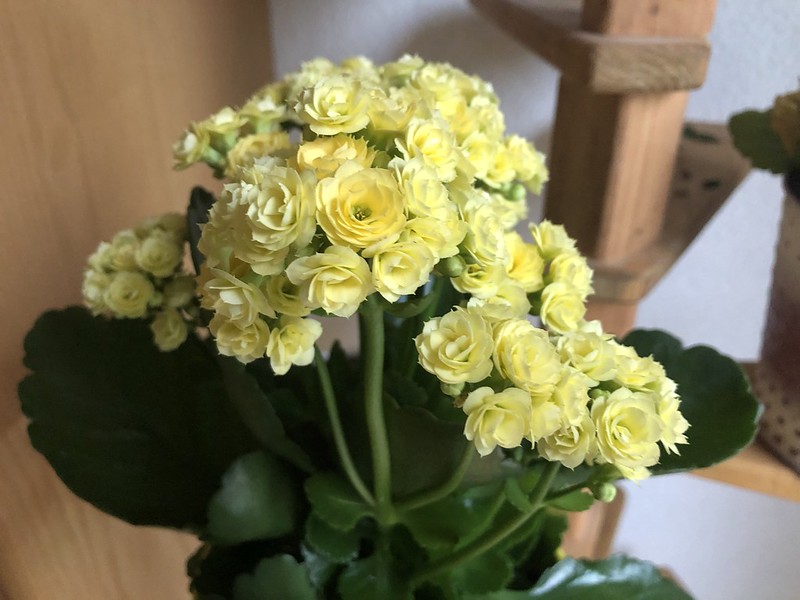 The life of a kalanchoe plant flowers can be at least a month or two. Just give it water to keep it alive, but do not overdo it. One day the flowers decide to die. It is a conspiracy, they do it all together and you are left with a few large green leaves and bare stalks, but do not despair. Its skimpy life might last a few months, but you notice that suddenly new small green fleshy leaves begin to appear.

You might think now is the time to feed it, nurture it and of course above all, give it to drink. Forget it, it would be the best way to kill it with kindness.  A few drops of water perhaps once a week, or just when you feel like it. 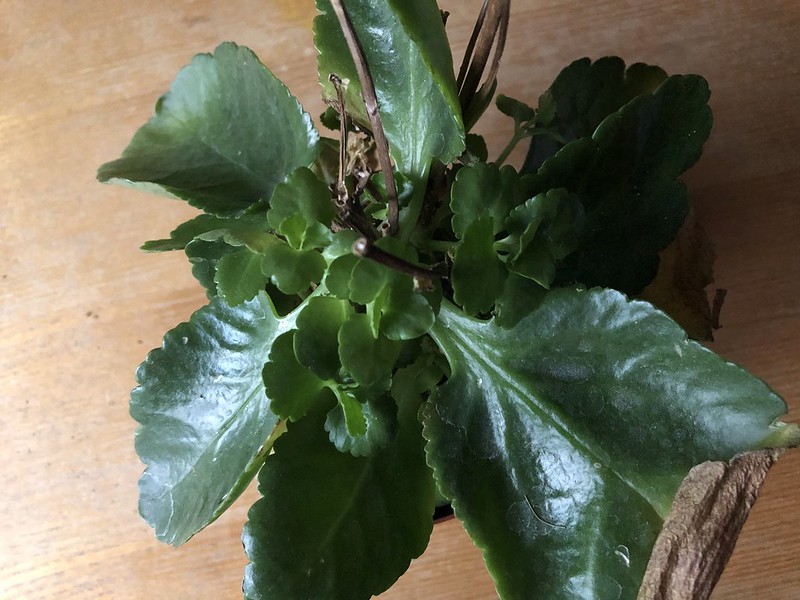 Your wonderful flowering plant will look like this for many months. Put it in a quiet corner and one day you will be surprised with new flowers apparently. To be quite honest, it has never happened to me. I got a lot of skimpy long stalks, but probably I had lost my patience. and it went to the garbage happy hunting grounds.

This time I will keep it. I will give it a chance to flower again and survive. 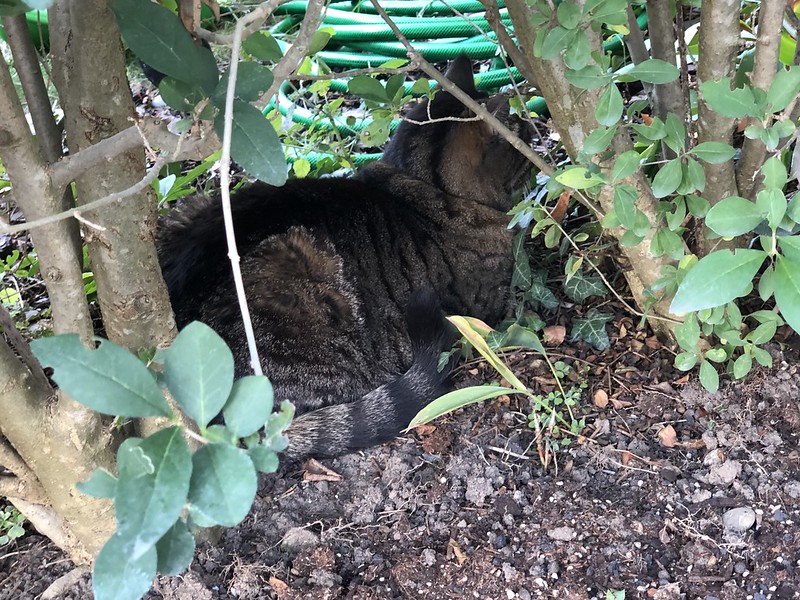 Even Tabby has her shy moments.

After a very windy stormy night we even got a sunrise of sorts. We were warned that a hurricane similar storm was on its way, under the name of Sabina. Apparently Sabina had changed her name on its way as in Britain it was known as Ciara which I found a strange name for the Brits. It sounds almost European and the Brits are no longer European. Sabina is still making itself known with strong gusts of wind, some rain and clouds. Now and again we even have some sun, and although some flights from Zürich airport had been cancelled I now hear a plane winging its way overhead.

In spite of the high winds and weather problems, I dressed in my long full length padded black coat and braved the weather to feed the birds. 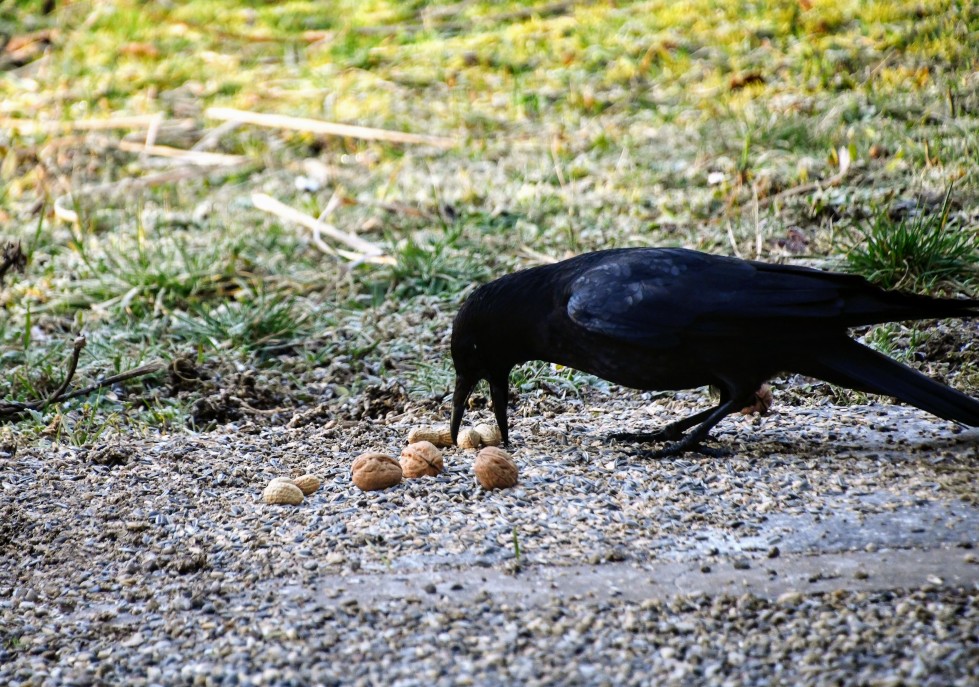 I did not have the heart to starve my hungry crows, although this morning they have not yet appeared. The photo is from yesterday morning.

Eventually the crow managed to fit a peanut in its beak and flew off to a private place to eat in peace and quiet, although our crows are not known for being quiet. They always have something to say.

I think the worst of the storm is now gradually travelling to other places. The only casualty I had was the wooden hexagonal lid to my bird feeder. I cast an eye in all directions but it was nowhere to be seen. It annoyed me as it would be irreplaceable.  However Mr. Swiss to the rescue. In the meanwhile he left his bed and had a look around in the garden. Probably due to the fact that he got two new eyes from the opthalmologist last year, his sight is now sharper than mine and he spied the lid laying at the side of the neighbours porch. With the help of a broom and my walking stick I retrieved the lid through the hedge, but it is now inside until the storm blows over.

I am hoping that the storm will gradually disappear as this afternoon I have to take my car for a trip to the store, although there should be no problems I hope.

Undeterred the sparrows have arrived in the wind and rain for their breakfast.

I have just noticed that they have gathered a little closer to the window as the wind has blown the bird seed everywhere.

Needless to saw I did not venture far yesterday as the preliminaries had already arrived from the storm. I am astonished that we have had no snow, but the expert Mr. Swiss said it is too warm with temperatures of 8° C.

And another week begins, although a stormy overture. May you have a good beginning to the week with smooth runnings.