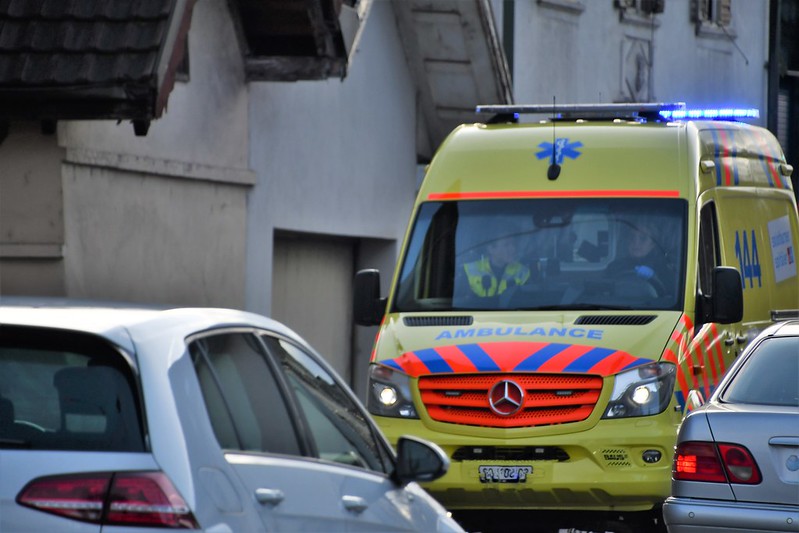 It happened again. I am sure that every time I take the car for a ride someone sends a signal, she’s coming, let’s give her a surprise.

This time I was on my way home from the vet: my cat on the back seat in the car and Mr. Swiss sitting next to Tabby to reassure her. We were on the final stretch and I heard it, The “doo-da, doo-da” of the ambulance somewhere. Was it approaching me or coming from behind, I had no idea and Mr. Swiss was telling me not to drive so slow. I was slowing down in preparation, but he is a man and does not realise the thoughts going through a female head.

It was then I saw it, flashing lights and the emergency horn, the complete show and it was closing up on me from behind. With quick thinking and versatility I noticed there was a side street approaching, empty, so I subtly  moved to one side into the edge of the street and the ambulance passed by. Afterwards it cut across the road and stopped at the senior citizens home opposite, just around the corner from my place.  I seem to be collecting excitement on the road lately. I just hope it was nothing serious. I happen to know someone in that senior residence.

5 thoughts on “FOWC with Fandango: Subtle”